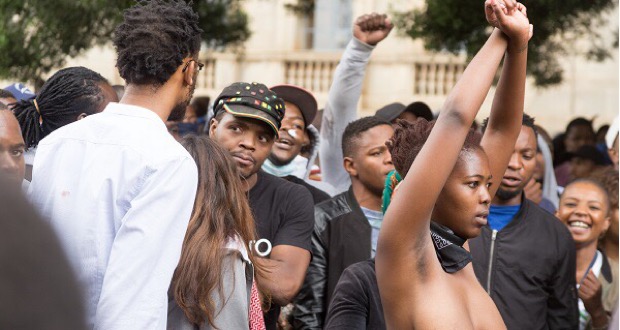 Weâ€™ve been seeing people rant and moan all over the internet about what a terrible year 2016 was.

And itâ€™s not hard to see why. The few remaining rock stars died, the US decided to elect the most inconsiderate, reckless, and selfish human on the planet as its next president, and the people of Britain decided that they wanted to go it alone (never mind they still have their fingers all over the globe). Not to forget that goddamn gorilla.

For many, it was seen as the year from hell.

And although someone changed the Hollywood sign to read â€œHollyweedâ€ on New Yearâ€™s day, this hardly means that 2017 is about to be any better.

Sorry to burst your bubble.

The New Year was ushered in by a large number of men in India using the revelry as an opportunity to molest and make lewd remarks to women passing by. No, this is not because the women involved were dressed to entice, or that the men involved were â€œjust giving them complimentsâ€.

Itâ€™s because the patriarchy is real, and we constantly defend misogyny by saying that boys will be boys. To top it off, authorities in India are denying it was a mass molestation because there was â€œno evidenceâ€. Just read Meena Kandasamyâ€™s incredible piece about the affair.

And this is will not be the first or last example of sexism we are likely to see this year.

When that orange-faced pussy-grabber Donald Trump is inaugurated as president next week, we will have a misogynist pig for leader of the â€œfree worldâ€.

So we are in great shape.

The patriarchy is all around us. And with social media norms permitting other dogmatists to spew out hateful rhetoric without being held to account (they are allowed to spill hate under the guise of â€œopinionâ€, while those who call them out are often banned for 24 hours at a time. Yes Facebook, I am looking at you), it is clear we have quite a battle on our hands.

Itâ€™s not about taking to the streets and picketing for equal pay. Itâ€™s not about burning our bras and refusing to marry. Itâ€™s about changing the mindset from the word â€œgoâ€. No amount of ranting will change peopleâ€™s entrenched oppression that lies within them.

But calling people out at every opportunity might. Make it uncomfortable. Make them squirm when they catcall a woman in the street. Make them apologise for that unsolicited dick pic. Root the misogyny out piece by piece.

Let this year be the one where we, as a people, said no to meninism and letting people â€“ both men and women â€“ get away with gender-based oppression. After the embarrassing state in which we left the world in 2016, letâ€™s start to fix it. Because we canâ€™t just blame it on the year. A year is just a number. But boys cannot be left to be just boys.