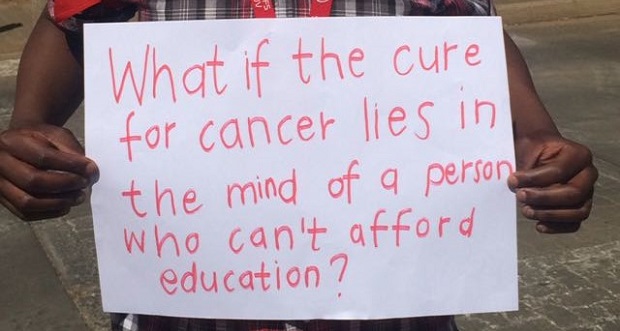 Earlier in January, the National Student Financial Aid Scheme (NSFAS) opened a second direct application process to students. This call for applications considers numerous factors, including delays on all ends caused by #FeesMustFall protests, as well as an influx of matriculants. But despite the second call, some students are still waiting to hear the outcomes of applications submitted last year, and many have a few more burning questions. We spoke to NSFAS spokesperson, Kagisho Mamabolo, to get clarity on a few more things you need to know about the scheme.

A second application process has just opened. Has this been done before?

No. NSFAS have not had applications coming directly and being processed before. NSFAS anticipates completing the entire application process by end of February 2017, due to applications for TVET college students only closing on 14 February 2017. However, this does not mean all applications will wait until then. NSFAS have already completed some applications and sent out feedback messages to the applicants. The NSFAS office will be continuing to do that throughout January 2017.

Is NSFAS able to fund the amount of people applying for funds? What kind of capacity is the fund at?

The minister of Basic Education announced that the 2016 matric class was the largest in many years. NSFAS expects to receive more applications than previous years, as many students will be seeking to enter higher education. NSFAS had capacity to fund over 400, 000 students in the 2016 academic year (including university and TVET college students) from the R10 billion budget granted by government. NSFAS expects funds will increase for the 2017 academic year, which would then allow them to cater for a higher number of students than last year.

At the moment, NSFAS cannot confirm what the total number of applications will be by the end of the application phase. They are monitoring the numbers and awaiting to receive official confirmation of the 2017 budget, from the minister of Higher Education and Training.

Some students applying for NSFAS have come forward saying that they have not received responses at all. What does this mean? And will students who are rejected receive communication informing them of such?

NSFAS says all students will eventually receive communication regarding their respective applications. While it is true that there are students who have not yet received feedback on their applications, NSFAS are sending out responses on a continuous basis as they complete the assessment of all applications.

Have the Fees Must Fall protests posed any particular new challenges to NSFAS?

NSFAS says the challenges they have received mostly have to do with students who have not signed their loan agreement forms at some institutions, resulting in their tuition fees not being paid by due dates. They are currently liaising with institutions to respond effectively to this challenge.

For more background on NSFAS and how it works, read this articleÂ from 2015.