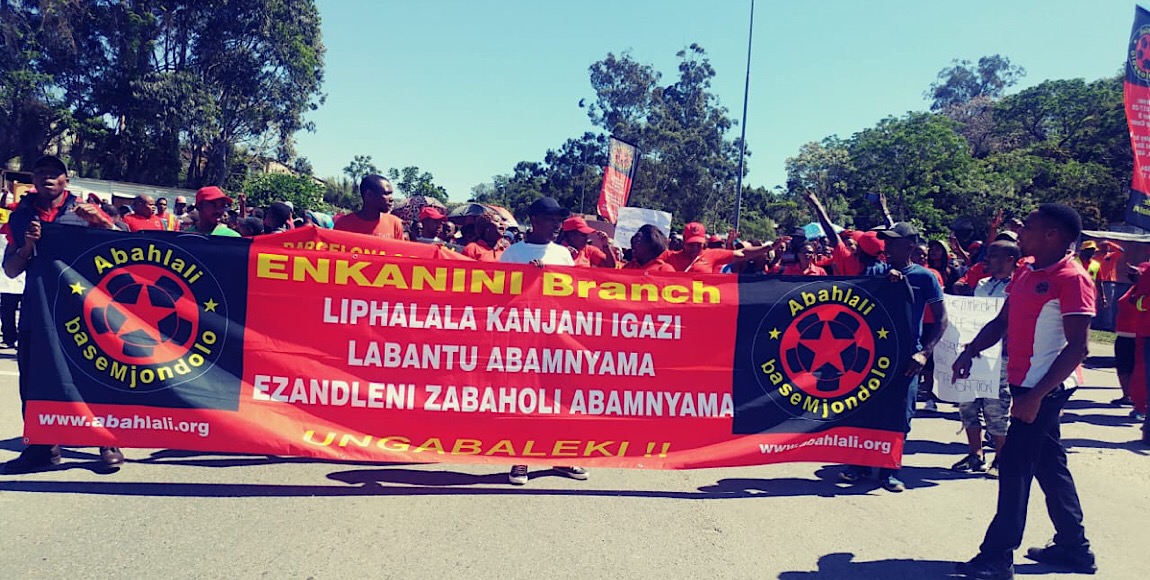 The 2019 general election is nearing, and political parties are gearing up for campaigning. Some people in informal settlements have vowed not to vote.

“I will vote but this time I will be very careful with my vote,” Tâ’man Ngidi of Kennedy Road told the Daily Vox in an interview. Sounding exhausted and breathing with difficulty, Ngidi spoke from King George Hospital, where he was for a check up. He says living in shacks can be hazardous for one’s health, with all the dirt from the environment.

“Voting is important for everyone. If we don’t vote, that means we are keeping the ruling party in power, meaning we will see change. South African democracy was achieved through voting and if we are to get out of poverty, we’ll have to make up our minds and vote and hope for change,” he said.

Ngidi has lived in his home in Kennedy Road informal settlement since 2000 and says has been voting ever since. “We vote, but our lives never change. A number of people die here because of poor living conditions, the cycle of poverty never ends. I will vote but I will be very careful with my vote this time around,” Ngidi said.

Nomazwe Silimfe stays in Uganda, an informal settlement in Isipingo, south Durban. She has been living in this area for over seven years and says she was promised a house many years ago.

“Whenever it’s time for elections they make promises for our votes but when they are in power they forget about us. I’ve been voting all these years but I won’t be voting next year. I’m tired of their lies and empty promises,” she said.

Abahlali baseMjondolo’s Mqapheli Bonono says the movement was not interested in any political power. Since its inception in 2005, the organisation has faced challenges including intimidation and continued victimisation. Shack dwellers’ plight of poverty across the country has seen the movement’s numbers growing. Speaking to the Daily Vox earlier this year, Abahlali reiterated that they are a social movement concerned with the best interests of the poor and the marginalised.

“Assuming that Abahlali is a political party is ignorance. People don’t understand that the reason we behave in this manner is the fact that we’ve realised the forces that keep us in poverty, indignity and inequalities that continue are actually the choices that our political leadership and policy makers make. The way we react to this doesn’t make us a political party, it does though, make us a political social movement,” says the movement’s Sbu Zikode.

“It’s a misunderstanding on some people’s end, especially those who continue to repress us. We have received a letter from the ANC inviting us to become part of project 19, but that’s for political parties and we aren’t one. Come 2019, you won’t see any campaigning paper with our name on it because we are clear on our mandate, which is fighting for the poor’s rights. We are a civic organisation,” Bonono says.

Bonono added that there have been people within the movement who have “started speaking the language of politicians.”

“They wanted to hand over the movement to the ANC and we had to dissolve leadership structures and start afresh the whole process of re-electing,” he said.