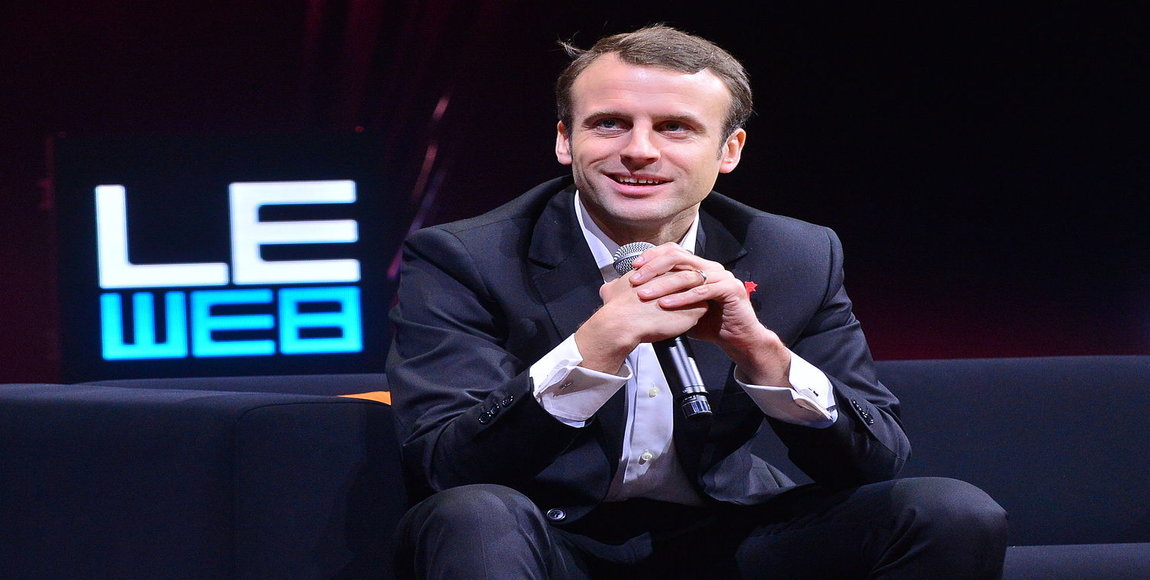 French President Emmanuel Macron seems determined to carry on the proud tradition of Western leaders making the worst comments about the people of Africa, and especially the colonial history of the continent. He has said some pretty terrible things during his few months as the French president. The Daily Vox team rounds up some of Macron’s worst blunders.

Competing against far right-wing Marine Le Pen in the French election, most people who werenâ’t far right were hoping that Macron would emerge the winner of the election. Last November, he garnered further support when speaking about France’s relationship with its former colony and called colonialism “a crime against humanity”. Many people in France including Le Pen and her supporters were very unhappy with his comments. But for most, those comments seemed to be marking a shift in the way France was going to interact with the African continent. However, that didn’t last long.

During the G20 conference earlier this year, Macron showed his true colours when he said Africa had a “civilisational problem”.  Answering a question from a reporter about why there was no Marshall Plan for Africa, Macron said: “The Marshall Plan was a reconstruction plan […] The challenge of Africa is totally different and a lot more profound, it’s civilisational today.”

He also said that a more sophisticated plan would be needed for Africa. Macron also neatly referred to the continent of Africa as a country by saying that Africa has a problem, instead of specifying any of the 54 countries that make up the continent. Macron also said that one of the challenges facing Africa is the increasing population which is happening because Africa has a ratio of 7-8 children being born per woman.

Macron also loves to tell Africa to get over colonialism and leave its influence in the past, as if colonial rule does not continue to hold considerable influence over the African continent.

Speaking to students at the Ouagadougou University in Burkina Faso, Macron said France’s colonial past should no longer influence relations between the two countries as he and the students had never experience colonialism. If only it was that simple.

“There were faults and crimes, there were happy moments, but our responsibility is to not be trapped in the past,” he said.

Macron also lauded the French language as a link between France and Burkina Faso, saying that the French language was a unifier of people. He said it is a heritage to protect. Yet without any acknowledgement of the role that French played in French assimilation colonial rule in erasing the culture and language of people living on the African continent prior to colonialism.

He said: “So very simply, I urge you to make the language come alive, do not see it as a language which some would like to associate with traumatic events, it is not just that [..] you have already inherited it and made it your own!”

His trip to Burkina Faso seemed to be the gift that just keeps giving.

He told a crowd of students that they still talk to him like he was a colonial power but he shouldn’t have to deal with electricity issues at universities. Because the colonisers brought development to Africa right?

Macron said it was the job of the president, Roch Marc Christian Kabore and when Kabore left the room at one point: Macron said “He’s leaving – Stay there! So, he went to repair the air conditioning.â”  Macron later defended himself saying it was “joke”.

When asked by human trafficking in Burkina Faso, Macron said that the human traffickers were Africans and not European. Once more, Macron ignored history, socio-economic factors and European migration policies towards people from the African continent to make his statements.

He said, “So everyone should understand the responsibility, and we’ve started to do that, to dismantle them. But stop the argument saying, “It’s someone else. Show me a French, Belgian, German person, who carried out trafficking between Nigeria and Libya. This person doesn’t exist.”

In his latest comments, Macron told an Algeria youngster that Algeria should “get over” colonialism. Macron told the 26-year-old that he had never experienced colonialism and that young Algerians needed to look to the future. He also said that the youth should not live in the past and should turn the page. Macron was on a state visit to Algeria when he was asked about France’s colonial history in Algeria by the young Algerian.

Macron told Algerians to ‘move on’ from colonialism pic.twitter.com/VesElWhvCa

Macron’s comments ignore the inter-generational trauma that colonialism has left behind on the African continent for all countries which have experienced colonial rule.