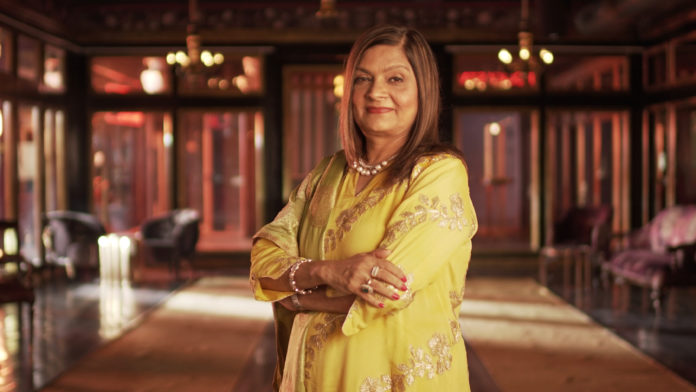 Growing up in Apartheid South Africa my family weren’t able to go to the theatre. But we improvised – we had weddings. It was a stage production, a moment when family, ritual, food and culture coalesced. As a little queer boy, I was enamored by the performance of it all. I watched from behind the curtains as entire productions came together writes Gabriel Hoosain Khan.

But with any good stage production it takes the right cast. In the Indian Muslim culture in which I grew up in Joburg the ritual begins with finding the right match.

The Netflix series Indian Matchmaking has inspired a flurry of conversations about the rituals of finding a life partner in Indian cultures. I have thoroughly enjoyed watching the show, not least because I see some of myself, my family – albeit far less affluent versions –  and culture in so many scenes.  I really feel the awkwardness of those family meetups. And I find myself identifying loosely with the tensions of growing up “Indian” without actually setting foot in India. But the series has also shone a light on parts of this ritual that remain buried in euphemisms.  I felt the sting of phrases like “He is very jolly”, “She is very independent”, “She is not very photogenic” as a coded language to signify a body that does not belong to the norms of beauty. It is a way to refer to someone who is fat, who speaks their mind, who has dared to live in a body that does not meet the hetronormative standard of beauty.  And so, using words like “fair” and “north Indian” also attain a special significance.

Even within my extended family desiring a “fair-skinned” and “straight-haired” partner is mentioned without shame and intergenerational wealth is idealized. I can hear an aunty offering, “a nice rich Konkani boy, his father owns so-and-so company, light-skin also, you’ll like him”.

More so, marrying across race is an even bigger no-no. When it does happen, casteism and colorism morphs into racism. In my own family I can think of two relationships where Indian women partnered with white and black partners respectively. In the former case it was shunned at first and accepted in the long term and in the latter, it was shunned and continued to be shunned.

And that’s why Indian Matchmaking has hit home for me. In South Africa, while many of us Indian South Africans see ourselves as progressive, we continue to live, work, socialise and marry within the rigid borders of religion, race, caste and class. At family weddings, funerals and in family holiday photos it’s clear that our relationships (romantic or otherwise) rarely cross these borders.

I’m not suggesting interracial or inter-caste marriage is a solution to racism or casteism. I do think that the way race and caste play out in digital dating, through romantic introductions – by friends or family, courting rituals and marriage tells us something about the nature of racism within the nomenclature of finding love. We are primed to be exclusionary, like the colonial and apartheid social systems which have groomed us to love as we do.

And these borderlines are delicately reproduced within same-sex and queer relationships.

As a young queer person forced from home and searching for chosen family, I found a group of mostly Indian friends at university. At the time I was drawn to how open-minded, liberal, multicultural and non-racial they were. It’s only in recent years that I’ve come to understand that that brand of multicultural and non-racialism was rooted in class privilege, centering whiteness (through the music and other cultural products we consumed) and never confronted our own complicity in racism and anti-blackness. It is not only about being open-minded, its also about acknowledging that Indian South Africans are and continue to be beneficiaries of apartheid. Cultural and traditional performance and performativity plays a role in upholding our privileged status.

Within queer Indian spaces, while they may be more racially diverse and multicultural than heteronormative space, many still reproduce the same safe and closed networks defined by firm race, class and caste borders. Networks which align with whiteness – romantically and socially  and explicitly exclude or make themselves inaccessible to Black and Coloured folk in South Africa. There are those who explicitly say “No Blacks, No Fats, No Femmes” in their grindr profiles but there are many more who say the same thing in the group photos they post on Instagram.

Alliances are made more often than not, within the firm borders of our closed social networks. Alliances like those in Indian Matchmakers which seek to maintain an exclusive order defined by race, level of education and income, a regulated gender identity and expression, and possibly a shared religion.

Back to the stage production of the weddings with which I grew up, securing a match set up a flurry of events. The two families meet over a formal tea with samosas and other snacks; then the engagement party where the families exchange gifts, often jewellery and eat something sweet, after which the Thikr occurs, this is a prayer complimented with jalebi (a deep fried pastry sticky with syrup) and even more samosas; then the mehndi night finally the nikkah and wedding reception hosted by the bride’s family; in some cases this is followed by a separate walima which is a reception hosted by the groom; and lastly while not an official part of the wedding there is often a teary ritual where the bride officially leaves her family home holding a Quran.

As I’ve grown older and queerer, I’ve been reflecting on how or if I can make any of these rituals my own. I am beginning to plan my own wedding and I’m struggling to do it authentically. Especially because some level of artifice creeps into this performance of culture. And then there is  the regulation of not only our gender expressions and identities, but also race and caste, conservative interpretations of faith and the regulation of socio-economic status. In simple terms, can the wedding survive, can this performance be redeemed if we’re to liberate South Africa (and possibly other parts of the world) from heterosexist and homonationalist visions, from racism, casteism and the poverty that comes with the current economic system we inhabit?

Gabriel Hoosain Khan  is an activist based in Cape Town. Gabriel writes this independently, the article doesn’t reflect the views or positions of any organisations with whom he is affiliated.