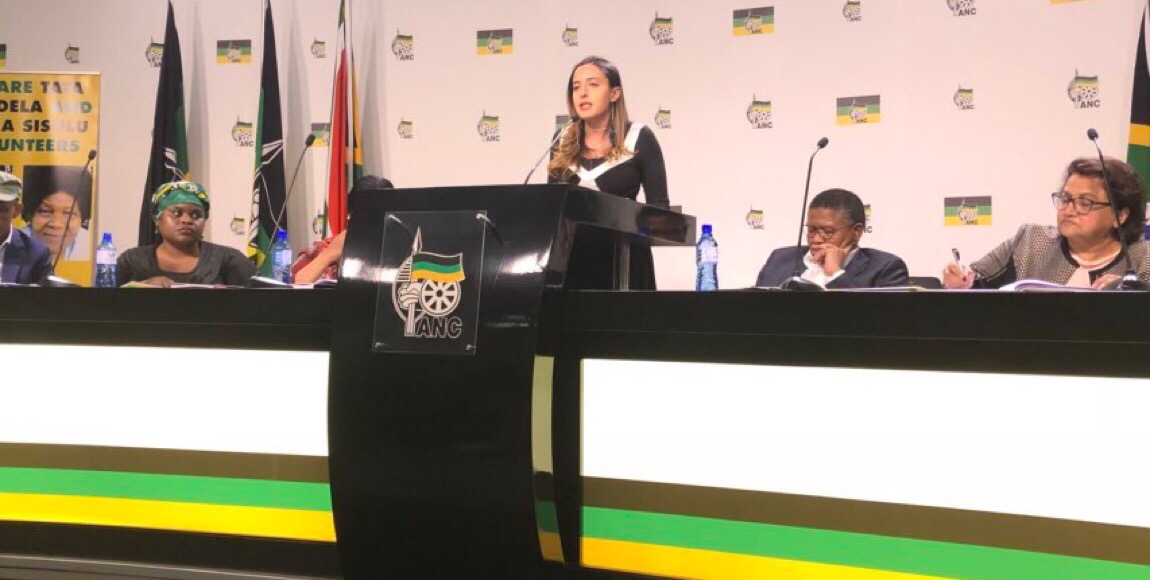 The Daily Vox has a long-standing commitment to the story of Fees Must Fall (FMF) and its part in the unfolding of the larger South African story.

The award comes at a sensitive time, especially as the country grapples with the aftermath of state capture and wide-reaching allegations of corruption and co-option. This is also election season as we head towards the polls in 2019. Every story, every development, every idea matters henceforth, as “leaders” look to position new promises.

This is why we are quite surprised by the lack of engagement with the developments around Hassan.

In late August, the ANC announced new additions to its communication team ahead of elections in 2019. Somehow, the fact that Hassan, who had until recently been a key player in the FMF movement, had joined the ANC communication team escaped scrutiny.

Hassan had moved from leader of one of the more radical movements in recent memory to spokesperson for the ANC, and no one seemed to be talking about it.

Then, earlier this week, Hassan was given this award for her leadership in the movement, forcing us to consider the political opportunism at play.

For one, in the committee’s own words, the FMF movement “united the students of the country around a common cause and put students and education on the national agenda.”

Hassan, for her part, is also adamant that the award belongs to the movement.

But if this is what she truly believed, this why did she accept the award? Surely FMF, thoroughly demonised by the media, political parties and the like, should have been the just recipient? Surely it is the profile of the movement that needed to be raised, rather than the individual? Hassan surely knows the pains the movement went to in ensuring that individuals would not be lionised at the altar of opportunism.

The Norwegian embassy confirmed to us that the award need not have been pinned on an individual, so Hassan has no excuse.

Secondly, Hassan posits that she is unaware of who nominated her for the award, but the Norwegian embassy confirmed to The Daily Vox that it did not happen in isolation – the embassy knows Hassan “quite well”, and has been involved with her for some time.

Thirdly, the award’s press release describes Hassan as “one of ‘Mandela’s children’, a generation that is taking a stand against the injustices of the past to create a better future”, and lauds her “non-violent efforts for equal access to higher education and her leading role in the movement #FeesMustFall in South Africa”.

Danger of the single narrative

This is what we would like to call the dangers of a single narrative and the romanticisation and whitewashing of the movement. Depicting Hassan as a Gandhi-esque figure of peace promotes a falsehood. At its core, FMF was a non-violent movement, but there were certainly incidents of civil disobedience that spilled over into acts of violence. FMF was certainly a messy affair. There was also overt state repression of protests. Police were instructed to hit hard at protesters who refused to stand down.

Many of those who partook in the movement, including leaders, faced arrest and wounds which landed them in hospital; that Hassan escaped arrest or injury is merely coincidence.

Then there is the question of privilege and the intersection of race and class that made this movement very complex. It is this privilege that allows Hassan to say today that there is no inconsistency in being a leader of FMF and being a spokesperson of the ANC today.

The Support For Mcebo Dlaminiâ€™s Youth League Candidacy Is Gendered

The protests came at a tremendous cost to many thousands of students. Many students lost the academic year, lost out on their opportunity to further their studies, or earned a police record. For Hassan, it meant a job with the establishment to win support for the establishment.

Furthermore, the demands from students across the country were not the same. The focus on the students of Wits and the depiction of their struggle as the harbinger of the movement is false. The stories of the movement in the so-called unfashionable technikons and smaller universities remain untold. This is our failure, too.

But you would expect the selection committee to have done their research before perpetuating this myth further. Serious awards are not given out based on media profile.

More importantly, Hassan would have known better. But she decided to go with it anyway.

All of which makes points to the same issue we have been grappling with the longest time: the outside gaze and farcical validation. A fair-skinned Hassan saving black Africans, curbing the violence and leading their way to salvation. In many ways, the award tells us that western gaze is still the same.