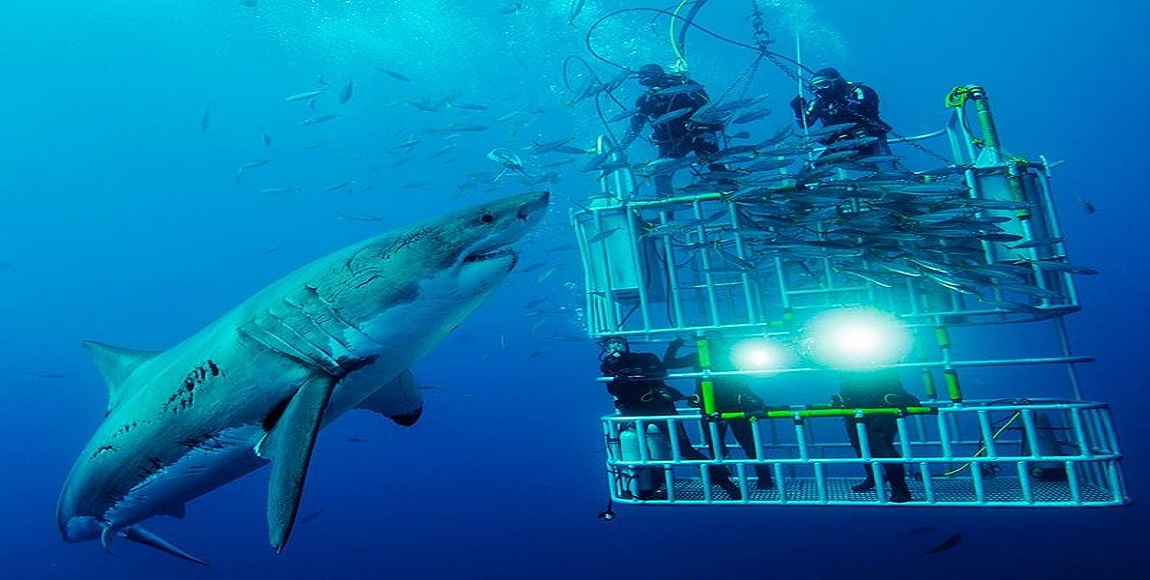 South Africa has a rich marine life and through informed eco-tourism, we could conserve it and foster economic growth. Marine and coastal researcher Dr Lorien Pichegru of the Nelson Mandela University’s Institute for Coastal and Marine Research says investing in marine ecotourism could create more than a million jobs and boost the country’s GDP by R177 million by 2033.

Investment in marine eco-tourism will also lead to increased conservation efforts. Sustainable and responsible initiatives can educate the public about conservation issues while creating jobs and protecting fish.

Here are five ways you can support marine ecotourism in South Africa, and appreciate our beautiful country at the same time.

1. Whale watching is always a fun time
South Africa houses at least 37 species of whales and dolphins in its waters. At specific times of the year humpback whales, southern right whales and killer whales can be found on our shores, and Bryde’s whales can be found slightly offshore all year long. The Whale Route is almost 1 900km long and extends from the south of Cape Town all the way up to Durban, traversing several famous protected areas, like the Transkei, Tsitsikamma National Park, and the Garden Route.

There are many ways to spot the whales. You can visit conservation sites on the Whale Route or if you want to get closer, you can take a whale watching boat tour. If you’re feeling bold you can go kayaking with whales in Hermanus.

I just can't get over the fact how beautiful these big creatures are and how fortunate husband and me were to see so many when we were in South Africa. On the blog today I am discussing (in Dutch) some great places to spot whales near Cape Town and on the Garden Route ? Link in bio. #whale #whalewatching #southrightwhale #walvissen #hermanus #hermanuswhalewatching #southafricathroughmyeyes #nature #vivelevoyage #southafrica #naturelover #bigbluesea #travel #instatravel #wanderandwish #travelstoke #traveldeeper #bestintravel #bbctravel #nofilter #nofilterneeded

2. Swim or surf with wild dolphins
Whales aren’t the only marine creatures that can be found on the whale route, it also boasts numerous dolphins species. The most common species found are the Heaviside’s dolphin, common dolphin, dusky dolphin and bottlenose dolphin.

You can catch the great mammals frolicking among the waves at conservation sites and beaches or venture onto a dolphin watching tour.

3. If you’re brave (or reckless) enough, go shark cage diving
National Geographic got tongues wagging when it said Michael Phelps was to race a great white for Shark Week in June. Turns out, Phelps swam alone in South African waters against a computer-generated shark simulating the real shark’s speed.

You can do one better than Phelps and go shark cage diving! Admittedly, it’s not for the faint-hearted, but it promises an adrenaline rush. You can go cage diving in KZN with the promise of seeing blacktip sharks, dusky sharks, spinner sharks, tiger and/or Zambezi Sharks. If you’re in the Western Cape, you can go cage diving with great white sharks.

4. Snorkel off our beautiful coastlines

If you’re into getting active, go snorkelling. There are numerous sites that offer snorkelling. Sodwana Bay, situated in the northern part of KZN, was voted third of the six best snorkelling destinations in the world. Over 1 200 species of fish have been identified here. The Garden Route also offers fantastic and scenic snorkelling spots. Knysna, Mossel Bay, Storms River and Plettenberg Bay feature mystical shipwrecks and colourful coral reefs. The invertebrate life is every bit as colourful, with sponges, anemones, nudibranchs and lots more. If you can handle icy waters, go snorkeling with Cape fur seals in the Western Cape’s Hout Bay.

The African penguins are the only penguins found on our continent and are an endangered species. Spanning the coastline of southern Namibia, and along the South African coast to Port Elizabeth, it is easiest to visit a conservation site like Boulders Beach near Simon’s Town in Cape Town. For a R65 conservation fee, you can learn about the penguins, climb the rocks, explore the rock pools and walk the designated boardwalks.

Go ahead, do the thing and see the marine life. It’s a win-win situation – you can save the creatures and the economy!