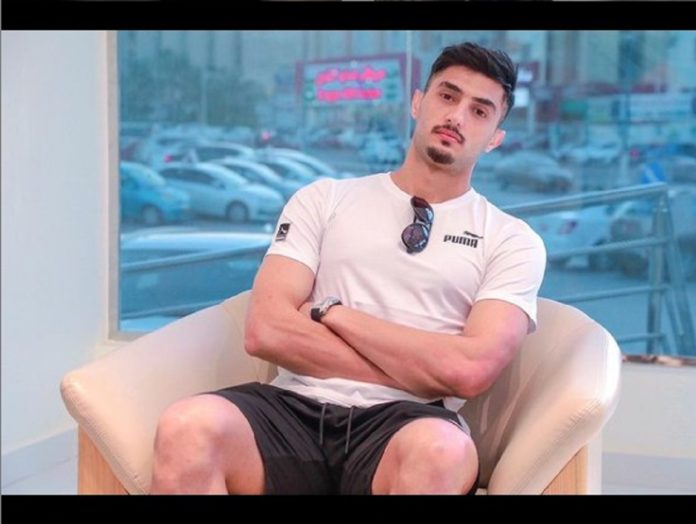 The striker for Palestine’s national football team was among the many affected by the recent Israeli Airforce bombings in Gaza. But, unlike Muath AlZaaneen who died, Balah lived to tell his tale. By: Uri Levy

“Friends called me. They told me that my house was bombed. I came the day after, I couldn’t recognise the place,” says Mohammed Balah, the 27-year-old striker of the Palestine national team. Balah’s house, at Al-Shati refugee camp in the northern part of the Gaza Strip, was destroyed in the recent round of Israeli Air Force strikes that spanned over 11 days in May.

While the ceasefire has stopped the shelling that resulted in more than 250 casualties, mainly on the Palestinian side, Gazans now look to rebuild their city which has been thrashed to pieces. Buildings, roads, the electricity system and the water system are all in urgent need of repair.

The Gaza football community is also looking to rise from the ashes and rubble. Balah is not the only footballer who is a victim of the recent round of the Israeli Defence Forces bombings in Gaza. On 16 May, Muath AlZaaneen, a Beit Hanoun Sports Club player, was killed after an Israeli Air Force bomb caught him outside an air-raid shelter.

Balah is one of the most prominent footballers to come out of Gaza in recent years. He grew up in Al-Shati, to a humble family that fled the 1948 War from Hamama, a town that sits in the southern part of what has become the Israeli city of Ashqelon.

He started his career at local side Al-Sadaqa, the 2017 champions of the Palestinian Gaza Premier League. There, he bagged 42 goals in 70 games and became the fans’ favourite. In 2017 he signed for Al-Ahli Amman and, shortly thereafter, made his debut for the Palestinian national team, al-Fidai. In the next four years, Balah developed and improved as a striker. All this culminated in a move to Oman.

In the Omani league, he played for Oruba, Saham and local giants Suwaiq Club. He impressed in all of these stops and, in the process, gained more appearances for the national team. Balah was part of the al-Fidai team that qualified for the 2019 Asia Cup but was left out from the final squad. Things were going pretty well for him in his club until the Covid-19 pandemic struck in early 2020, leading to the stopping of the Oman league. It has since struggled to continue. Balah left Suwaiq and returned to the Gaza Strip, back to Al-Sadaqa.

“Like the rest of the residents living here, I live a brutal and cruel life due to the Israeli bombings and occupation,” says Balah in an interview conducted before the ceasefire. “For nearly 10 days, they’ve been bombing everything and with no exceptions. You can’t find someone here who hasn’t smelled death in this way or another in the past week.”

While finding a shelter at his family’s house during these attacks, Balah received a terrifying message.  “A friend who contacted me told me that my house was bombed and destroyed in one of the brutal airstrikes,” he recalls.

“Fortunately, we were not at home at the time, but the next day, I saw what happened, and I found that my home and the whole area had changed entirely—a total demolition. There was literally nothing left there.”

‘I have lived through three wars’

Balah was supposed to marry and build his family in the house. “It’s a challenging moment. I cannot describe my feelings accurately. It is mixed with depression, being oppressed, anxiety, fear and tension. Actually, it’s a feeling I felt more than once. The last time was about seven years ago, in the previous war in 2014. Now, it is renewed.”

Balah continued, with the sound of fighter jets flying over audible in the background, “I have lived through three wars: in 2008, 2012 and 2014. These are the most difficult moments of my life. To live while waiting for death, waiting to be bombed and killed, whether by a plane, a tank or a battleship. It’s like they have any type of war machine. The type may differ, but the result will be the same. We have nowhere to hide. It is killing our souls and us.

“My luck was that I was born a football lover, a football person. I dreamed of becoming a national team player, and it was fulfilled. After a very long effort, I did it, and that’s a huge source of motivation for me in the hard moments.”

With everything that Palestine has gone through, for those who are lucky to don their jersey in international football, that responsibility means more than any football match. “I am proud that I was able to represent the Palestinian national team and register my name among the scorers of [the] great institution,” he says.

In recent years, the number of national-team players from Gaza has declined, mainly due to the security situation in the Gaza Strip. “What worries me now is that I will not represent the national team again because I am currently playing here in Gaza,” he said.

“It will be difficult for me to join the squad since Israel limits our freedom to move between the West Bank and the Gaza Strip and move between Palestine and other countries. When I played professionally abroad, I had no problem traveling. But now I am here, and after this kind of round, I can’t see the borders are about to be opened soon for us.”

In addition to his search for a new home, Balah will also try and pick up the pieces of his football career. Even though the Gaza Strip is relatively small, it has a rich football heritage with 40 clubs, divided into three leagues.

“The life of a footballer in Gaza is entirely different from footballers anywhere else. There is no comparison,” he said. “A player from another country considers football as a profession that he has and can make a living from it, but this does not exist in Gaza. The possibility of making football your profession is so limited that it rarely happens.”

‘They use all their weapons to destroy us’

Most players in the strip earn a salary that is less than 100 Israeli Shekels (almost R430) per game. Many of them are playing for free. “The second thing is that players in other leagues can represent their country’s national teams without a problem. Still, for us, Gazans, it is almost impossible due to the occupation’s restrictions on our freedom of movement,” he adds.

“Gaza is oozing in football potential and contains many football talents. If they were given the opportunity, they would become world-class players.”

But while Balah is worried about his footballing career, he worries more about the plight of the Palestinian people. “My message to the world is that they should look at us. We have been living in Gaza and Palestine under [an] occupation that has been oppressing us, pushing us out of our land for 70 years. It is happening in Sheikh Jarrah, the West Bank and Gaza. They use all their weapons to destroy us just because we protect our land and its sanctity for us. I hope that the international community will support, but support for real, the Palestinian cause. We need help.”

When asked about the casualties on the other side, including a five-year-old Israeli child, Balah said: “Have you seen how many Palestinians were killed? At least 232. If your brother, the one who’s closest to you, will attack your house, hit you, humiliate you, evict you from your home and take it, will you be okay with that?

“In the end, I am a football player. I represent and perpetuate what is important to my country and my people through my work as a footballer. All I care about is returning to the land I see as stolen. Yes, our religion calls for peace, but I cannot turn a blind eye to people who kill my family and friends and destroy my home.”

Despite everything that Palestine and al-Fidai have gone through over the years, Balah still hopes for a better future. “My dream is to reach the World Cup with Palestine. This way I will know that I am bringing happiness for 14 million Palestinians in my homeland and the diaspora, and that is what I dream of,” he said.

“In life? Let the occupation and oppression of my people end, let us return to the places from which we came and establish our independent Palestinian state, with Jerusalem as its capital. And, of course, to pray in the Al-Aqsa Mosque.”

This article was first published by New Frame.