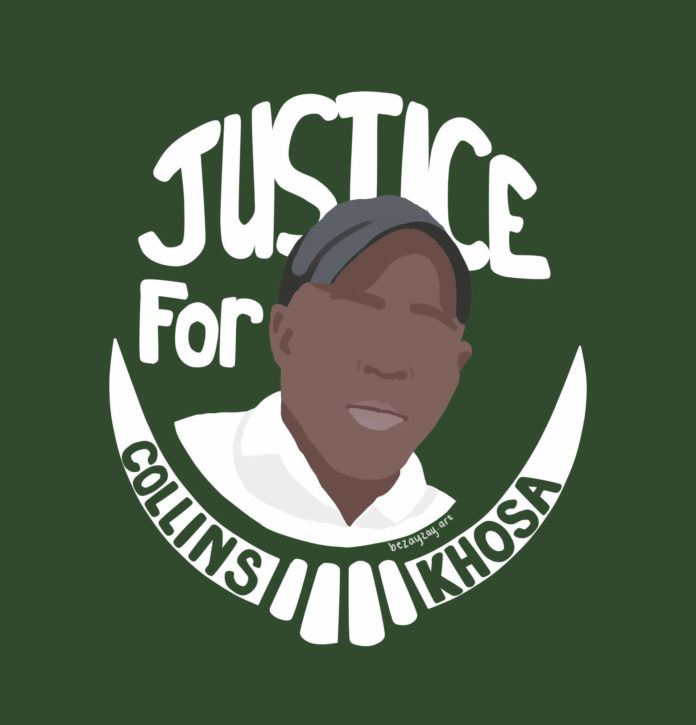 Collins Khosa was one of the first casualties of the COVID-19 lockdown. Khosa from Alexandra, Johannesburg was killed on Easter Friday following a clash with members of the military and police at his home. He left behind a family including his children, mother of his children and other family members. Two crowdfunding campaigns are being run to help his family.

UPDATE: (JULY 6) Around R115000 has been raised for the family of Collins Khosa. The funds will be transferred by BackABuddy on the 10th of July and the family will be able to access the funds soon.

Following his death, Khosa’s family took the case to court. In the papers filed, his family said he was severely assaulted by members of the South African National Defense Force (SANDF) and Johannesburg Metropolitan Police Department (JMPD). On May 27, a SANDF inquiry into his death cleared the soldiers of his death. The police investigation into his death is still ongoing.

However, during the application his family brought before the High Court, the court compelled authorities to prevent police and military brutality during the enforcement of the lockdown. His family quest for justice for his life continues.

The law firm representing his family, Ian Levitt Attorneys, put together a fundraising campaign to help the family. Speaking to The Daily Vox, Wikus Steyl from Ian Levitt Attorney said there are currently two campaigns. The one is on backabuddy which is an informal donation system while the other campaign is into the attorney’s trust account. Steyl said at the end of every month, the money from the trust account will be distributed to the mothers of Khosa’s children and his children.

Clarifying the two different campaigns, Steyl said the money from both will be going to the family. Steyl said Khosa was supporting many different families including his own, extended family and other children in the community. He said the money raised from the fundraisers will be used to provide for all the dependents that Khosa has left behind.

Rick Bronkhorst who is the organiser of the backabuddy campaign said after his mother’s death, a family friend helped him complete his studies. This is partly what inspired him to start the campaign for the Khosa family. Bronkhorst said he got in touch with Steyl after seeing his name mentioned in the media, to help with getting the campaign started.

Bronkhorst said they hope to run the campaign for as long as possible and as long as people continue to donate money. As for ensuring the money goes to the Khosa family, the only accounts involved are the backabuddy and trust account said Bronkhorst who added that the money will go directly to the family. There are hopes that the money from the trust will be invested into the education of Khosa’s children for the future.