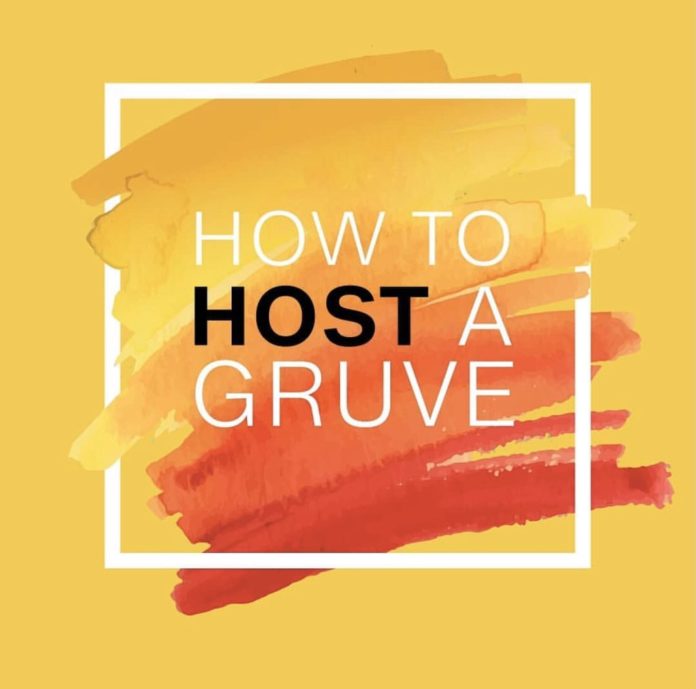 A new app will allow users to host and attend events and activities in users’ areas. Launching in November 2019, the app sounds like a means to revolutionise groove and remedy boredom. But as good as the concept is, we have to ask: Will this app work in a South African climate?

Find the groove with Gruve

We all know the feeling of hanging at home — alone or with friends — and looking for something fun to do with new faces and new places. The thing is, plans are dependent on the availability of known contacts, or the type of event being held at that time, the Gruve team PR and marketing head Tom Ncube said in an interview with The Daily Vox. This is not mentioning that going out is often expensive, overcrowded, and predictable. People are left with minimal control over their fun, with no means of instantly finding suitable people to interact with without spending a lot of money and effort.

“The annoying thing is that there are thousands of people in each region who are looking to satisfy the same desire, and all that is required is a system to safely and seamlessly link these people,” Ncube said.

Essentially, the concept of the app is a location-based search application which allows users to host and find events/activities in the area of their choice. Hosts can create events — public and private — and allow attendees to see what’s up in their areas. It allows users to post an event, other users to view the event and request to attend, and through the in-app chat function the user can decide whether to invite the interested user to the event or reject. Whether users want a night out, or a night in, or just to meet up with friends this app will allow them to create and attend the events.

Gruve is primarily targeting 18-34 year olds, who are students or permanently employed. The app developers have also earmarked a number of businesses, like e-hailing service providers which will be integrated into the app to allow users to seamlessly transport their new connections to their event, Ncube said.

The app is on track for launch in November 2019 and will initially be available in Johannesburg, then rolled out in phases to the rest of South Africa.

As greats as the app sounds in theory, there’s always a ‘but’.

There’s a slight problem of murder, rape and femicide

South Africa has its own problems with violence and crime. The police service regularly releases reports breaking down murder victims according to age, group and sex. The latest data recorded 20,336 people murdered in 2017/18.

16, 421 of the murder victims were men. This, according to an Africa Check report, is equal to one murder every 30 minutes. Of the murder victims, 2,930 were adult women. It has been widely shared online that a woman is murdered every 4 hours in South Africa. This means a woman is murdered every three hours in South Africa. According to World Health Organisation (WHO) calculations, South Africa had the fourth highest female femicide rate out of the 183 countries listed by the WHO in 2016.

The country has also been gripped by protest against gender-based violence and femicide for the past few years after several rape and femicide cases gained traction in the media.

With this in mind, Twitter users were quick to point out that the app could compromise the safety of its users. They said the app could be used by men to kidnap and rape women.

Think about it, if you’re hosting a private event this could mean that you’re inviting virtual strangers with dubious intentions into your personal space. Or as a guest, it would mean going into the personal space of a potential rapist or murderer. This is not to mention that it allows attendees to forever know where you live.

But they pointed out that similar concerns were also put up with apps like that like Uber, Tinder, and Airbnb. “The challenge with the Gruve concept is the risk of meeting new people in private environments. We have consulted a wide range of people on these challenges and have built in a number of security and safety features to help mitigate these risks,” Ncube said.

The app has several built-in safety features to protect hosts and attendees. Some of these features include that all users will be required to sign up with a number that has been “Rica” registered. Attendees will also be able to send their live location to five attendees, and chat with hosts before attending using in-app messaging. All users will have to be linked to social media, and the app itself will only allow for live images to be shared to prevent false advertising. The app will also have regular features like allowing users to block inappropriate users and rating.

Will it be enough?

The possibilities are endless with an app like Gruve. While safety concerns are valid with an app like Gruve they are just as valid with apps like Uber, Tinder and Airbnb. All these apps could potentially put users at risk. Whether the built-in safety features are enough to ensure the safety of potential users remains to be seen. But what is evident is the app is creating a space for young people to socialise differently.

What do you think? Will the app work in a South African climate? Tweet us @thedailyvox.