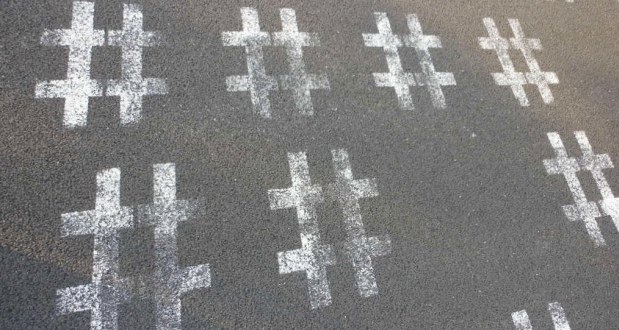 We’ve become accustomed to seeing hashtags everywhere – from adverts to protest placards. TSHEPOÂ RAMONYALUOE ponders the ability of hashtags to change the course of action and conversation in South Africa.Â

If ever there was any doubt over the power of social media and its ability to bring about swift change, one only has to take a glance at the last two weeks to realise that hashtag activism is not only real, but quick and effective. Ever since the #OccupyWallStreet campaign received global attention back in 2011, hashtags have become a blessing for the masses willing to instigate change. Never has so much change been a result of the collective masses pulling together in one direction. From the highly charged #BlackLivesMatter, to the defiant #UmbrellaRevolution, and South Africaâ€™s recent (and highly successful) #FeesMustFall, hashtags have become a force to be reckoned with.

While most hashtags tend to be droll and perky, every now and then they get serious. Behind those silly handles and those quirky memes, are ordinary people who are affected by everyday issues. It is when these issues are brought to the surface, that social media doubles as a forum for activism.

RELATED: #BringBackOurGirls and five other Twitter campaigns that got people talking

When hashtags get serious, they tend to bring to light issues that would otherwise go unnoticed and unreported. They spark debate and give a platform to ordinary people. Hashtags inspire opinions and incite action. They take a hundred thousand voices and project them as one big voice. Thatâ€™s what hashtags do! They shame women abusers, they expose racists. Hashtags quell stereotypes and crush ignorance. Think of #Homosletstalk, #SiyaNyezi, #PennySparrow and #AndrewBarnes. Hashtags made all that possible. When used effectively, hashtags can put pressure and force employers to take action, a la Gareth Cliff and #NicoledeKlerk.

At the beginning of this year, we witnessed a well-coordinated attack on racism and white privilege. South Africans of all races showed zero tolerance towards all racism. In one big moment, people across all social media platforms raised their opinions in condemnation of racially insensitive utterances. While this movement has not led to any meaningful action yet – outside of complaints being laid with the Human Rights Commission – it has opened a much-needed debate on the state of race relations in South Africa. All of this was the result of hashtags spreading like wildfireâ€¦ hashtag activism is real!

So, as we shake off the whirlwind from the last two weeks, letâ€™s brace ourselves for more. Letâ€™s prepare ourselves for another year of significant movements that will ultimately shape the future of our country. Letâ€™s use the power of the internet and social media to inspire the change we need in our everyday spaces. Not every hashtag will lead to a nationwide debate on race or fees, but may every hashtag go a certain length in bringing awareness. This is the time. Our voices shall be heard. Power to the people!