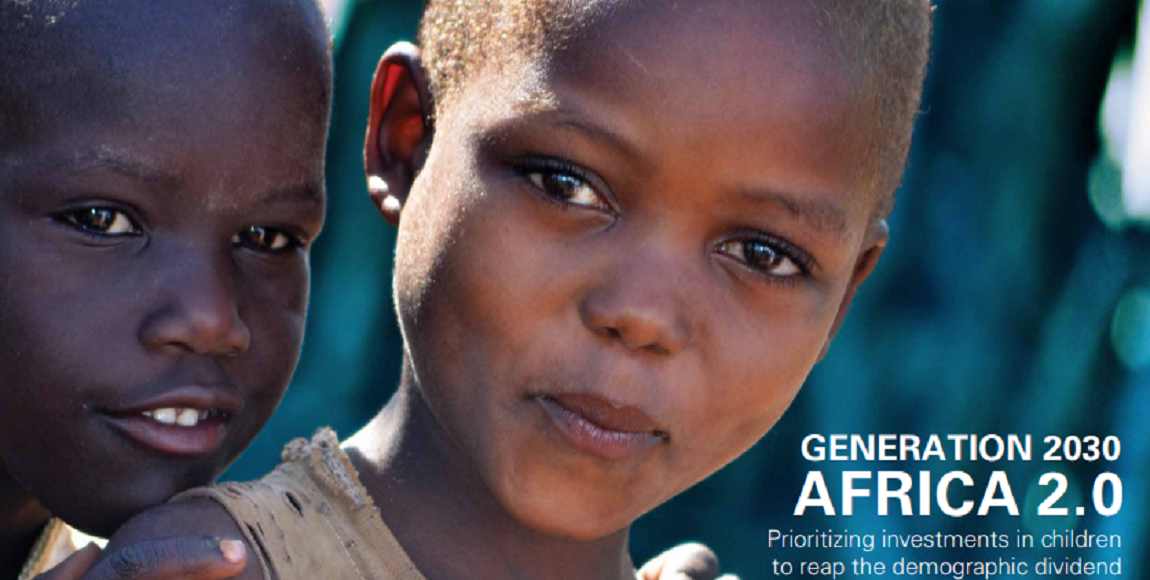 The United Nations Childrenâ€™s Fund (Unicef) released its latest report looking at the population growth of young people in Africa and what implications this may have on the continent and the world. The launch of the report, named Generation 2030 Africa 2.0: Prioritising Investment in Children to Reap the Demographic Dividend was held at the Pop Art Theatre in Maboneng, facilitated by UNICEFâ€™s chief of policy and writer of the report, David Anthony.

According to the report, Africaâ€™s child population is projected to increase by 170 million between now and 2030, increasing the number of under 18s in the content to 750 million. The report identified three issues that need to be addressed: healthcare, education and the protection and empowerment of women and girls. Anthony said the report would help in identifying and ensuring that every child in Africa has access to essential needs. â€œYou build human capital by investing in health and education,â€ Anthony said.

The report also brought together several youth representatives from across the continent to help provide solutions on how to improve issues such as health and education in their countries. The young delegates shared their views on addressing issues affecting young people in the continent. Nineteen-year-old Zimbabwean representative and childrenâ€™s rights advocate, Siatra Msandu, stressed the importance of providing for children and women. â€œInvest in a child and you have invested in your future, invest in a woman and you protect a nation,â€ she said.

A question-and-answer session followed, where most of the delegates stressed the importance of government leaders and private sectors in alleviating issues faced by young people. â€œIt takes everyone to get the demographic dividend, not just government. Government plays a primary responsibility and accountability, the private sector has a huge role to play,â€ Anthony said.

The launch closed off with a performance by singer/songwriter and Unicefâ€™s celebrity champion for the #Generation2030 campaign, Toya Delazy. The Daily Vox interviewed her after the launch, you can watch the video below.

Toya Delazy was erroneously referred to as the UNICEF Goodwill Ambassador, this has been corrected.