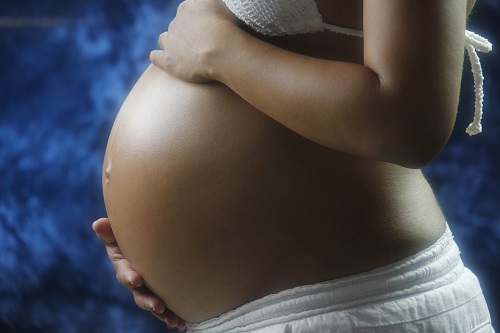 In most traditional and religious households, falling pregnant without being married is a social taboo – and itâ€™s usually women who face social scrutiny.

*Busiswa is a 24-year-old pregnant woman who lives in Johannesburg with her boyfriend. Her family is back in the Eastern Cape. She chose to hide her pregnancy from her family because she is scared of the outcome if they find out.

I come from a very cultural and religious family and falling pregnant outside marriage is already seen as a social taboo; youâ€™re seen as a black sheep in the family who has committed an unforgivable sin.

Iâ€™m 24 years old and I just started working, but I am still treated like a child at home because Iâ€™m not yet married and Iâ€™m not allowed to engage in any interaction with the opposite sex. Growing up as a young girl, you are always told to never sleep with boys, and to never move in with boyfriends. I have basically done all of that. Thatâ€™s why I have chosen to keep my pregnancy a secret from my family. Itâ€™s for the best, because Iâ€™m still still kind of dependent on them and I know my financial struggles as well.

My parents are not well health-wise; my dad is diabetic and I donâ€™t want to make his condition worse, and heâ€™s already overprotective of me. He literally calls me everyday, tells me to look after myself, and ensure that no Joburg boys try to impregnate me. Every time he says that, that makes my stomach drop, because the first time he said that to me over the phone, was literally after I had found out that I was pregnant. It destroys me every time I think about it. I feel like I have failed him, and lying to him and telling him that I would never let any â€œJoburg boyâ€ impregnate me is always difficult to mouth out.

My family abides by their tradition and religion, and obviously black cultures and Christianity value virginity among women above everything else, So if you lose your virginity, then youâ€™re no good to the family. What also stresses me out as well is that I am the first girl at home to fall pregnant. My older brother once impregnated his girlfriend in his thirties, and my family made it seem as if he committed an unimaginable crime and forced him into marrying the girl to make up for this sin. So you can already imagine whatâ€™s going to happen to me.

We live in a society where we as women, young and old, are expected to be perfect. As young black women, we are constantly faced with this pressure of pleasing our families. We have to prove how smart we are, but at the same time, prove how much we are saints in order for them to measure our â€œmarriage material-nessâ€. My biggest fear is them finding out before the time I intend to tell them, because I know they would overreact. I donâ€™t know what I would do if they found out, and I constantly think about it every single day. I fear them sanctioning me financially, or disowning me and telling me to stay in Johannesburg and never go back home. Itâ€™s scary, and I am the one who is the most panicked of the scrutiny I am yet to face when I announce it, because no one will focus on my boyfriend. Â In the society we live in, itâ€™s seen as okay for men to impregnate us but itâ€™s not okay for us to fall pregnant. I donâ€™t get the logic behind that.

I thought of aborting at first, because aside from being broke, I told myself I was not ready for the scrutiny. I went as far as inquiring about it and where would be the cheapest place to do it. Â But then again it also crossed my mind that I would still face public humiliation if I had done it, and who knows, it could have been worse than actually keeping the baby. Itâ€™s really tough being a young black pregnant woman, I feel like I am trapped in this cycle of oppression from social standards that are designated to please men and I wonder if, we as women, can ever be free from this cycle.

As told to Mihlali Ntsabo, edited for brevity and clarity