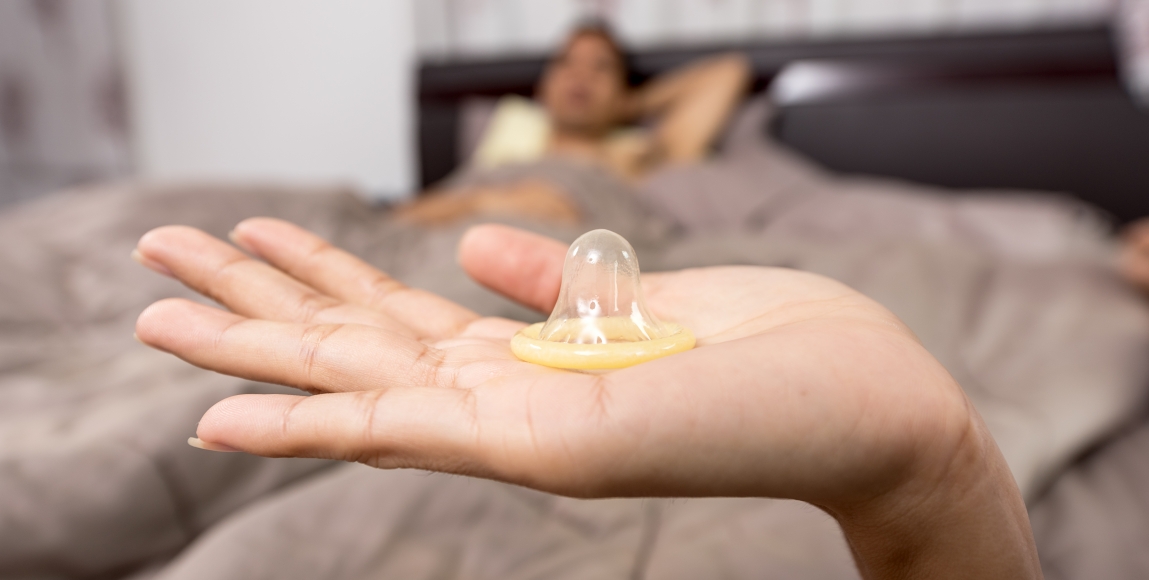 Society hates when *womxn have power, especially over our sexuality and our bodies. Patriarchy determines the terms and conditions of sex for womxn. When we challenge patriarchy and reclaim our power, we are often labelled, taunted and ostracised. Gaopalelwe Phalaetsile says womxn are using the #HoeIsLife movement – which espouses sexual freedom for black women – as another way to reclaim power over their sexuality, telling society that our bodies belong to us, and showing patriarchy the middle finger.

#HoeisLife has taught me that I can set the agenda when it comes to sex. I do not have to wait for a man to make the first move or tell me what to do. I have been able to say yes to the things I want, and no to things I don’t want done to my body, which was never the case.

I am one of the womxn our society continues to fail. Molested as a little girl and raped as a young adult, I have had a very toxic relationship with my body. For the longest time I was unable to have sex the way I wanted to because I had been violated in ways that eroded my confidence and made me see my body as my own worst enemy. I blamed my body for the violence I experienced, because I thought maybe if I was not a womxn my body would not be exposed to so much violence.

But I was also afraid; so often oppression and violence operate by instilling fear in the most vulnerable. I was afraid to wear what I wanted, I was afraid to be upfront about sex, and simply afraid to have sex with more than one person because I wanted to keep my image intact. My desires are unconventional and I was afraid of being labelled and treated as if I am worthless.

My first #HoeIsLife moment was a great boost for my self-confidence. I had a crush on a man and I had no intention of being in an exclusive relationship with him. I was really nervous about admitting that. I decided to suck it up and tell him. What followed was a mutual agreement between friends to engage in consensual sex whenever necessary with no intention of being in a relationship. It was refreshing to be in in a relationship like this one without judgement and being told I should keep myself for my future husband.

For many years, womxn’s bodies have been policed, from ideas that having sex with multiple partners makes you less valuable, to suggestions that wearing less makes you susceptible to rape. Violence against our bodies and sexualities is a norm, one that our society should consider irresponsible and seek to dismantle.

I now understand that my body belongs to me, not to my partner or the person I am having sex with. I know that when I have sex with a person, I am not giving myself over to them, we are simply exploring each other’s bodies.

The #HoeIsLife movement has mended my relationship with my body that was broken for so long. I can now look at my breasts and appreciate them without feeling like they are probably way too small. I now understand that being naked does not necessarily mean sex.

Importantly, #HoeIsLife does not necessarily mean having many sexual partners and cheating. It manifests itself differently in our individual lives. What is liberating for me might not be so for the next person. What matters is that the freedom is not forced and womxn and other marginalised groups like the LGBT+ community have a space to own their sexuality and define what sex means for them.

Last year, black radical feminists in South Africa started a #NudeRevolution. We sent each other naked pictures of ourselves privately. The purpose of the campaign was to celebrate each other’s bodies and affirm one another away from the male gaze that constantly objectifies and sexualises our bodies.

For the #NudeRevolution it was not necessary to have a perfect pose or body. Black womxn of all shapes and sizes and different walks of life participated. For many it was the first time they had taken a nude picture of themselves because they had never been comfortable enough in their skin to even take a picture, let alone send it to anyone.

Many, especially men, did not understand and were simply never expected to. When marginalised groups create campaigns and spaces to reaffirm and create more consciousness for themselves, groups that have power over them do not have to understand or be involved. It’s a journey of healing and restoring identities that have been oppressed.

I have seen arguments that these movements and campaigns like #HoeIsLife increase the risk of sexually transmitted diseases and may result in unwanted pregnancies. People were already getting sexually transmitted diseases and dealing with unwanted pregnancies before #HoeIsLife was a thing. This is a weak argument against a legitimate movement because you cannot talk about womxn’s liberation without talking about safety, especially when it comes to sex. Our liberation comes with safe and protected sex in a safe environment founded on consent.

I recently came across a debate about the #HoeIsLife movement on social media and many were concerned because they felt it might be an irresponsible phrase to express sexual liberation and freedom.

In an article titled “Why Hoe Is Life”, American feminist and writer Sesali Bowen. writes, “Many women of color are doing their part by talking candidly about the pleasures and obstacles to casual, non-monogamous, unwed, and paid sex in public settings. And the terminology that they are using to describe themselves is a word we all know is coming when we talk about women of color’s sexuality: hoe. But the intention behind using hoe as a reclamation is not one of guilt or devaluation. It is a way of neutralizing or lessening the power of a word that has been so often used to harm women”.

I document my #HoeIsLife moments because to me they are victories in a battlefield where I am fight so hard to be human.

*The term womxn is spelled with an x to be inclusive of trans womxn. It also highlights the structural barriers all womxn face in a patriarchal society. It also removes the suffix men to show that women are not the extension of men.