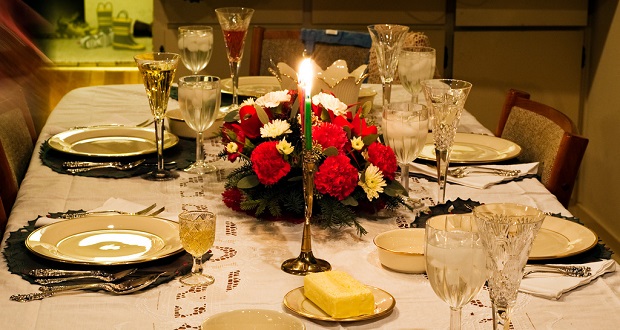 Itâ€™s the holiday season, and for many of us this means returning home and spending time with the family – whether our own or a partnerâ€™s. While the movies depict this as a heart-warming and joyous occasion, in reality it can be quite the opposite… because, letâ€™s face it, some of our family is racist, sexist, homophobic or otherwise bigoted in some overt way. While some of us are privileged enough not to be exposed to such misery, for others the holiday season can become an erratic dance between confrontations and silencing. The Daily Vox spoke to some of those people.

Yes, youâ€™re not alone in this.

Mishka Adam, 23, Durban
[dropcap]â€œ[/dropcap]I am dreading going home. My parents grew up in a space where their apartheid Indian status made them ‘better’ than other races and choose to stick with it. My mother and father think its okay to use the k-word. I am called the lover of blacks at home and when family come to visit they purposely say the most vile stuff about other races to try to get a reaction out of me. Being home this year is going to be tough, more so because it will be the first time I am home since I told my parents I am dating someone out of the race.â€

Sometimes the issues we face at home arenâ€™t even just about how they treat others, but how sometimes our expectation of our family accepting our own identities prove futile.

Senzo Zulu, 26, Johannesburg
[dropcap]”[/dropcap]So Iâ€™m quite outspoken about my activism, and donâ€™t believe in staying silent when something fucked up is happening. When I get home there are a whole host of problems that come about in a black family, but the biggest one for me is homophobia. Iâ€™ve tried every method I know to try to get them to see past the idea that gay people are some abomination. Iâ€™ve shown them research and strong first-hand accounts. Iâ€™ve appealed to their emotions and personal biases by mentioning the friends and famous people they know. Itâ€™s never really goes anywhere though. Iâ€™m queer but can never discuss this with them because of this. So I sit there trying my best to get them to accept the idea of homosexuality when itâ€™s personally about a lot more to me. It hurts but I also know why they feel this way – having been brought up in the townships where being gay is treated as a scourge. But that doesnâ€™t change the fact that I canâ€™t be who I am and be accepted for it in the space thatâ€™s supposed to be the safest. The holidays are a violent time for me, and Iâ€™ve begun to question the importance of families.â€

Despite many of us being outspoken against the discrimination others perpetuate, itâ€™s sometimes most difficult to get through and educate those closest to us. The expectation of respect for our elders can at times prevent open discussion when a family memberÂ says something problematic.

Melissa Brown, 22, Paarl
[dropcap]”[/dropcap]I’m generally not someone who speaks out in those situations or engages intensely in conversations, as much as I try it’s something I really struggle to do. It usually takes me a while to process what’s happening and I’m only able to talk about it and unpack the event after reflecting on it. So as much as I wanted to speak up and say ‘that’s not okay,’ I physically couldn’t get the words out. I do think that’s something people sometimes overlook when talking about social advocates. I know that in that moment I sat in disbelief because I didn’t realise that such harsh sentiments towards black people were felt by my family. It was conflicting because I knew that by not saying anything, I was to a certain extent contributing to the problem but I physically couldn’t do it.

That caused me to feel really horrible and somewhat ashamed because I advocate for all these things on campus but back at home I wasn’t strong enough to stand firm in my convictions and speak up. What was also quite disheartening was the fact that none of the other adults were confronting or correcting her [my aunt] either. And for me to correct her in that moment would’ve been regarded as extremely disrespectful and unnecessary by the other aunts. Home is the last place I want to be dealing with this kind of behaviour. If I go home it’s to get away from everything else when I really can’t cope, and for that to become a hostile space is horrible.â€

But perhaps because theyâ€™re family, many of us keep pushing for them to think beyond their bigotry. Sometimes this may be worth it, other times weâ€™re just wasting our breath. Trying different approaches and tactics may be a good idea.

Natasha Jordan, 32, Cape Town
[dropcap]â€œ[/dropcap]We all have that racist misogynistic family member or members. Some of them we don’t really care about and others may be very close to us emotionally.

Reconciling a certain family member’s completely unacceptable behaviour with the person who has also loved you so much and contributed to the good parts of who you are today is a process that I have not yet mastered. There are certain family members who I can simply avoid, brush off or hostilely challenge because they are not as close to me. But this is not possible or productive with everyone.

You can try patient conversation. And sometimes it may work. Sometimes, people will not change their mindsets, no matter how patient and slowly you try explain things to them. I suggest that if you do go down the road of engaging in conversation, that you ask questions, and then ask follow up questions, and even more questions. All this should be aimed at getting the person to think about what they are saying and how they arrived at their repugnant conclusions and behavior.

If you do decide to give a lecture explaining how disgusting their views are, chances are its not going to alter their worldview; they may even become more entrenched. You will have to deal with even more strained family ties. The only upside is other family members who are less problematic may feel empowered that you have acted against prejudice, and you may feel a bit better. I don’t have this figured out yet, and the advice above may be complete bullshit.“

Authorâ€™s note: all names have been changedÂ

So where do you stand on this? Are you excited or dreading holidays with family? And are you hopeful that any bigoted elements are capable of being reformed? Comment below or tweet us @thedailyvox.