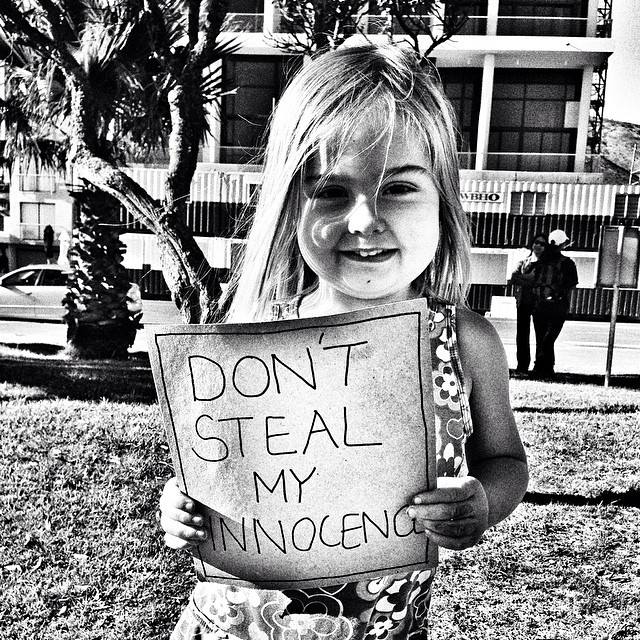 JESSICA MOUNEIMNE wonders how our freedom is understood against the rate of violence against women.

Speaking to young women in the townships of Cape Town, I am surprised to hear that what they want out of the elections is service delivery. They want toilets, sanitation, clean water and electricity. With winter at our doorstep, they want homes that wonâ€™t be washed away when the heavens open up.

I am surprised, because each and every young woman who I spoke to that day had been a victim of a violent rape.

For them, living in the vicious climate of a South African informal settlement has forced them to accept rape as a normal part of their life, more normal, perhaps, and possibly less solvable than problems with running water and toilets.

To me, the thought of being brutally violated – and surviving only to be shamed by my community, should I choose to speak up about what happened – seems far worse than using a long drop and dealing with water that seeps through the floors and walls of my tin home.

But what do I know? I tick all the obvious boxes that my less fortunate fellow South Africans typecast me in. I am middle class, white, have never been a victim of rape or violent crime and I live in a leafy Atlantic Seaboard suburb with all the trimmings that one has come to expect of this modern world.

Like the women I spoke to, I too am a â€˜born freeâ€™, but growing up in a democratic South Africa is about all I have in common with these women.

Trauma councilor Dana Strydom said South African men are historically bonded in a violent and highly militarised context, with white and black men being exposed to a culture that sees violence as a legitimate means of resolving conflicts. South Africa has developed what many commentators refer to as a â€˜culture of violenceâ€™ and an acceptance of it.

While I agree and also understand how the cycle of violence works within families, I do struggle to accept that apartheid is to blame for the â€˜born freeâ€™ teen raping the â€˜born freeâ€™ 9 year old girl a few months ago and then setting her on fire.

The RapeCrisis website disagrees with my sceptical approach towards blaming rape on our history, insisting that, because of apartheid, the normality of violence will exist for generations to come.

â€œEvery person in South Africa has been affected by the violence, structural and physical, of apartheid in one form or another. At its worst, this continues to play out in a profound disrespect for human life and the integrity of individual human beings and an attitude of impunity where the consequences of violence are concerned, which in turn causes more violence. â€œ

One community worker from Mitchells Plain – the same area where a Grade R girl was recently gang-raped by three Grade 2 boys â€“ tells me service delivery and job scarcity are directly related to SAâ€™s shameful title of rape capital of the world.

Rape and child rape does not discriminate, but it is undeniable that the statistics are higher in SAâ€™s townships, townships that house eight million of our population in very crowded conditions.

Children sharing rooms and beds with adults, as well as high levels of drug and alcohol use, are factors facilitating this sexual abuse. Social attitudes towards sex are also thought to contribute to the high incidence of rape.

Itâ€™s the old chicken, egg argument. I donâ€™t know for sure if rape in our country is because of poverty, adverse living conditions and substance abuse, or if the scars of generations of sexual violence have resulted in substance abuse and an inability to keep employment.

Iâ€™m sure itâ€™s more complex than either argument.

What is simple, however, is that, when newspaper headlines read of serial rapists with over 100 counts of sexual assault against children, when infants are needing reconstructive surgery from rape, that harsher punishment for sex offenders would go a long way in healing a legacy of violence against women and children.

The current government led by President Jacob Zuma, who was himself tried for rape in 2006, has been criticised for not tackling the problem, and police and judicial failings have been highlighted.

Having found no party that has aggressively targeted the issue of rape, and especially child rape, in their election campaigns, I recently tweeted:

Another girl & boy raped in CT. Our kids aren’t safe anywhere. You want my vote tell me what you plan on doing about #ChildRape @helenzille

Of course, nobody replied

Jess Mouneimne is a media strategist, presenter, blogger and general seller of words. In 2013 she launched Fight the Fight, an NGO taking a stand against child rape in South Africa. She is also on the managing committee for the ‘Enough is Enough’ campaign which is demanding harsher sentencing for rapists.