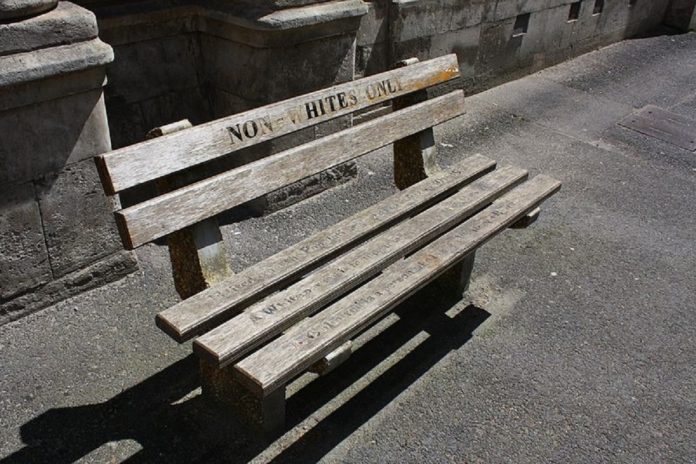 “Coloured”, “Boesman”, “Khoisan”, “Hottentot”, “Hotnot” and “Vaal Japie” –  all descriptive words and most times slurs used to describe the Creole people of South Africa. In South Africa this would be Coloured people; the descendants of enslaved folk. The general confusion of Coloured people’s history will always lie somewhere in between, misinformation, lack of access and mostly ignorance that keeps us using words we don’t even understand. These last three years I have endeavoured to learn beyond the reading I have done in the past, and this is why I don’t want to call myself Coloured anymore.

Don’t get me wrong I will never expect anyone else to stop using the word “Coloured” – everyone is free to identify themselves as they wish. Language however is not benign.  The more I learn though the more I understand how multiple histories are packed into a word.

The first thing I picked up in unpacking the word Coloured is that it rhymes with “othered”. The other no one understands – not white, not Black, an in between – An in between people, an in between society with roots that are never celebrated or taught in schools. Most times people believe it is an Apartheid term – the four nations of white, Black, Indian and Coloured. It was formally defined in 1950 by the Apartheid government, but it has been around longer than the past 50 years. The word Coloured is rooted in slavery. That original criminal syndicate, the Dutch East India Company started importing slaves from all over Africa and Asia in the 1600s  – they pioneered human trafficking in this region. Human trafficking has never been a new thing; it just went underground. The subsequent mixing of indigenous folk and the enslaved resulted in a nation of Creole people. The history is far worse than my broad description – forced marriages and sexual assault have also been well documented. Just considering this history is traumatic for me still and it is something that I continue to grapple with.

So now we are left using the term “Coloured” to describe anyone who is not white and assumes being white is somehow normal or the default.

The starting point would be this word. It was not a word that Coloured people gave themselves.

The very first thing you receive after you are born is a name. It is the starting point of your identity. But even that is up for debate. Many Coloured people have Dutch surnames or months of the year; this indicated when you arrived in the Cape Colony as a slave or at the farm you were slated to work at. Or it was the surname of the farmer that owned you. Identity is not conditional. It cannot be something someone tells you to be. You need to be that for yourself. The starting point would be this word “Coloured”. It has no roots with anyone but the people who took ownership over bodies they kidnapped and enslaved. It became habitual to use, and in that way we started losing our roots of identity with our ancestors. We invented Afrikaans to communicate better with our slave masters, losing the mother tongues we brought here and found here. We adopted the in-between identity that we can’t even describe without using segregationist and slave terms. Which is where I find myself even now. It is going to take time for me to give up this word but I am ready. I am arming myself with knowledge and resources, and maybe we should all too.

A great place to start is with this collection of resources online that is free to download. It is packed with everything we never even knew existed about Coloured people. It is a wonderful resource that many of us cannot access because we are not in academic spaces, or we just don’t know where to start. We have been immersing ourselves in this dropbox for three years now. Another place to supplement the dropbox collection of readings is the What’s the Quarantee podcast; that explores culture and tradition from an intersectional gaze.

There is a wonderful Khoi word; KAKAPUSA. KAKAPUSA means Amnesia and Erasure. I reject the word Coloured. I don’t want to exist in a paradigm that is toxic, and fuelled by the erasure of our people. The word Coloured is not for me anymore. I want to embrace something else, and for now it is the word Creole. I am not sure what I want it to mean just yet, but I will get there. And I will embrace it.