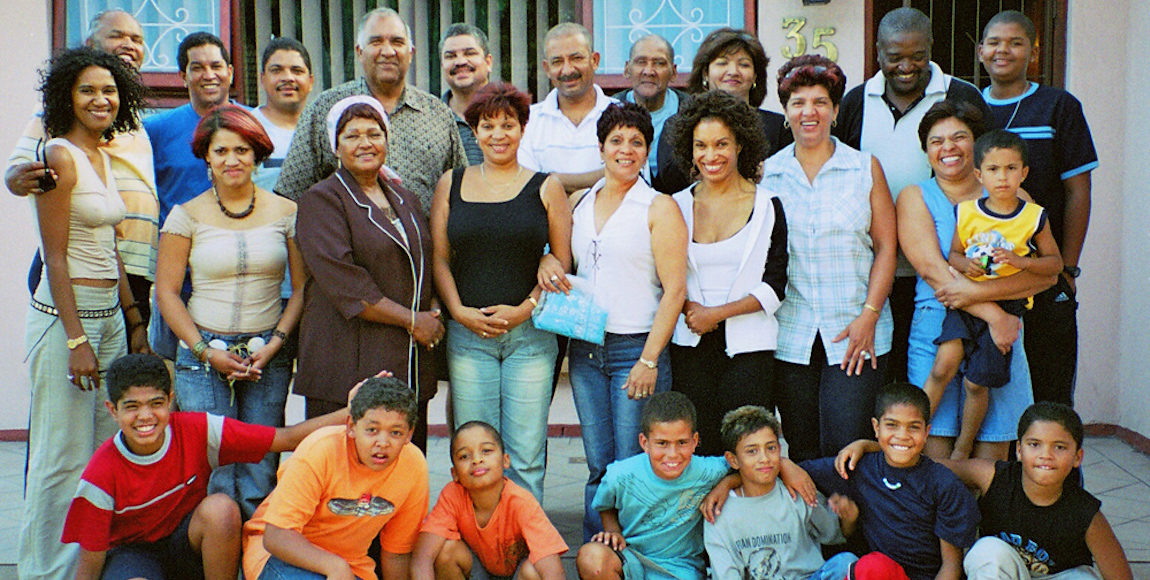 [Editorâ€™s note]: On 5 November 2017, the Weekend Argus published a column by Kfm presenter Sherlin Barends, in which she commented on the athlete Wayde van Niekerkâ€™s marriage to Chesney Campbell, a university lecturer. The original headline, which referred to Van Niekerk not marrying up, was subsequently altered after a public backlash, and Barends and Kfm issued statements saying that its intended irony hadnâ€™t come across well.

In response to the original article, Sarah Summers reflects on how she was conditioned from a young age to aspire to whiteness.

Maybe I didnâ€™t want to be entirely white. Just more white. Not in my skin but in my mind. White enough to be considered smart, articulate and to gain access to spaces of privilege. And God knows that wasnâ€™t going to happen if I was gham.

As someone who was taught and participated in the belief that whiteness is superior, I think it important to thank the fallist student movement for the ways that they have shifted my consciousness. Recently Sherlin Barends wrote an article that was perceived as a critique of high profile interracial couples. She was widely condemned. I hope to share my confession of my own aspiration to whiteness as a relatable example of how we as a society have have all accepted aspiration to whiteness as normal.

I arrived at Springfield Convent in grade nine with cornrows and a thick, coloured accent. I was a confident child, luckily. My recently divorced mother was working miracles to provide for her two girls. She started as a temp at an NGO and became the acting CEO while I was in grade eight. She got onto a board, met a wealthy coloured man who pulled some strings and just like that, the following year I was going to one of the most prestigious schools in the Western Cape. As much as I will criticise these privileged structures and their effects on me, I have only admiration and respect for my mom who catapulted me to places she wasnâ€™t allowed to go.

But it was scary and intimidating. To the other girls, I displayed all the characteristics of a violent coloured person simply in the way I looked and talked. I remember a girl, who I would later become friends with, being forced to sit in front of me during class. She edged anxiously all the way to the front of her seat, with her friends on the opposite end of the classroom laughing at her misfortune. They would all become my friends eventually. I would ditch the cornrows and the accent and eventually be accepted and even become popular at this all-white, all-girls school. There were just over a handful of coloured girls and one black student, from a wealthy Congolese family, in my entire grade. For us it was adapt or die. Or be white and fly. Our struggle for survival meant selling out our culture for someone elseâ€™s.

At school socials with the rich white boys from the rich private schools, it was obvious that I was at the bottom of the barrel. I was fat, my hair was kroes and I was coloured and poor. I wished a white boy would like me, not because I even liked them but because it would validate me as a woman. I never got this validation and always felt inferior to my pretty white friends at my pretty white convent school.

At 21 years old I had my first relationship with a white woman. She was Jewish and loving and spoilt me and I felt like I had struck gold. I was accepted into an exclusive club. Well, kind of accepted. Her Jewish mother, who was only ever nice to me, also obviously disapproved. Less so because I was a woman. More so because I was coloured and not Jewish. But as Jewish moms do, she accepted her daughterâ€™s decision. I was allowed a seat at the table, a grand feast every Friday night for Shabbat. I would sit across the table from men with great influence and power in the country and ignore the undercurrents of racism to be polite and understanding. I was allowed at the table when all but the domestic worker, who prepared the meal, who lived in the servant quarters of the flat (which is still very popular in Seapoint) ate in the kitchen. She wasnâ€™t allowed to join the family. I didnâ€™t make it an issue even though it was uncomfortable because the last coloured girlfriend tore the family apart by judging them.

And so, in the belly of comfort, with the nicest of white people who had kind of accepted my interracial gay relationship, I finally realised I had to get out. I had successfully been persuaded to understand that talking about race is racist, but white people are better than black people (we just donâ€™t say it). Inequality is bad. But it is normal. It is normal for the majority of South Africa to suffer. And if I was smart, I could become like a white person and not suffer. I had always wondered if I was alive during apartheid, what would I have done? And it then became clear; I would try to be classified white.

For some reason whenever a person of colour speaks about race, white people think they have the right to call them racist. No. Interracial relationships in privileged spaces are not a sign of equality. As privileged people of colour, it is not our duty to realise that white people are actually nice. It is our duty to enter these exclusive spaces and make room for the rest of our people. Speaking about race is not racist. Denying structural racism is racist. Pretending that everything is â€œall betterâ€ is racist. Pretending the country has healed when we are still bleeding is racist. Telling people to stop “complaining” about the pain is racist. White privilege is racist. White people who donâ€™t want to be seen as racist are racist. And if you want to be exonerated, commit class suicide. If you want to be considered an ally, use your privilege to support black people. Instead of calling us racist.

If you believe that we have an equal society because the apartheid government no longer exists, then you accept our huge economic disparity. You, my friend, are delusional. But youâ€™re not alone, it is a national delusion. Consider talking about race as the therapy you donâ€™t like but need. And that starts with accepting the facts. Apartheid still exists. The struggle continues. And it will end when we have economic and racial equity, access to resources, land and dignity for everyone. And not just for those who are white, or try to be.

Sarah Summers has recently been selected as part of the initial cohort for the Atlantic Fellowship for Racial Equity. She is co creator of the web series and conversation platform Coloured Mentality. She is currently in Amsterdam at the IDFA film festival wondering why the coloniser still expects us to listen to them- even when making films about Africa.