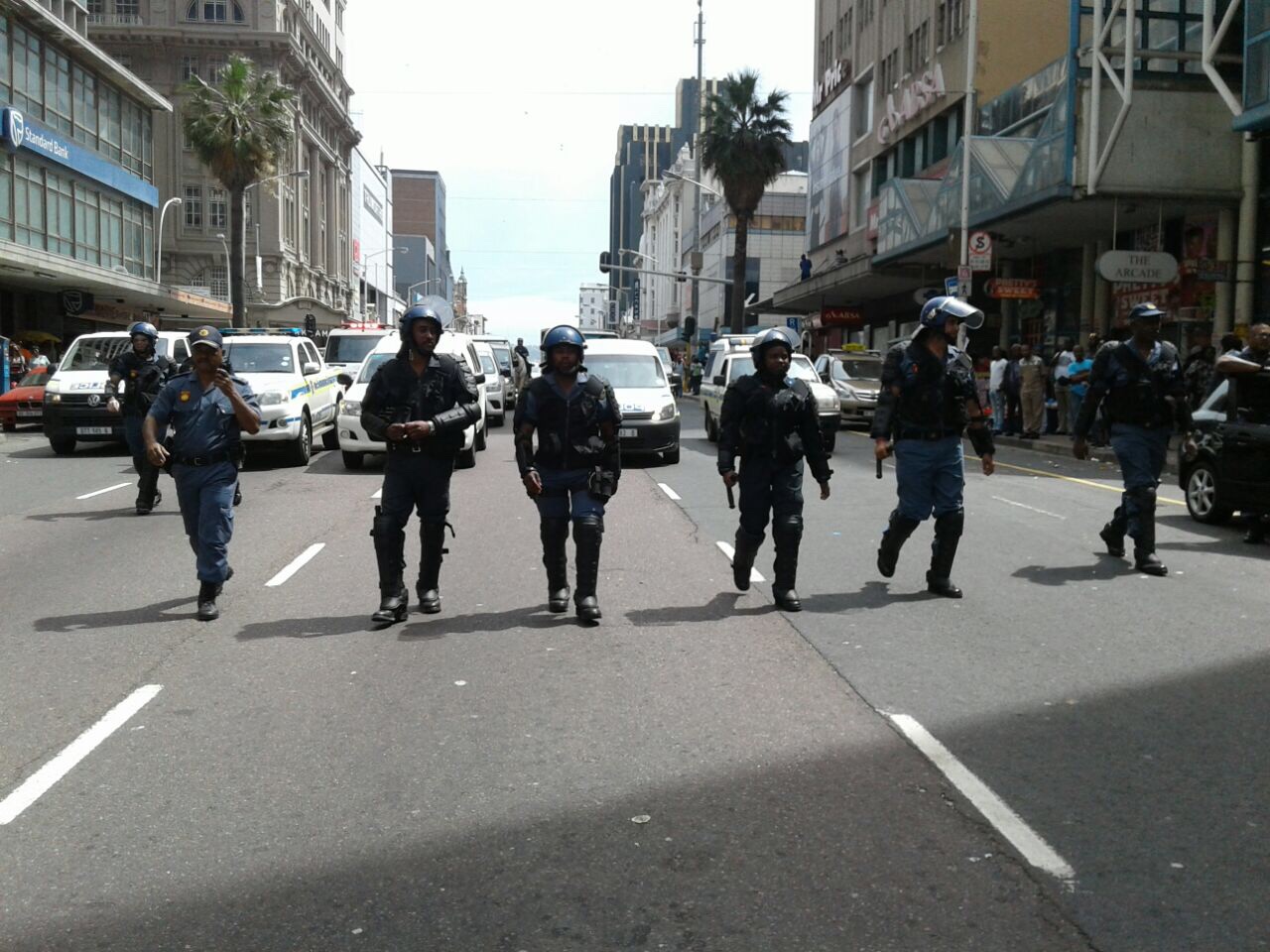 In 2017 South Africa has faced rising electricity costs, near drought conditions in the Western Cape, a corruption crisis with the state social grant system, rising tensions in the struggle for free tertiary education, and concerns over the progress of a purported R1-trillion nuclear power deal.Â

In the midst of this, the ruling faction of the African National Congress, in support of President Jacob Zuma, has intensified its propaganda effort by insisting on a vague policy of â€œradical economic transformationâ€, described as being geared towards accelerating efforts to address the effects of settler colonialism and apartheid. This narrative forms part of longstanding attempts to establish the binary that one is either with this faction of the ANC or with â€œwhite monopoly capitalâ€.

This binary – manifested in debates on â€œstate captureâ€ – clouds the position that the state, under capitalism, is perpetually captured by the ruling class. In post-colonial South Africa, in an era of neoliberalism and globalisation, we must trace the way capital responds to crisis by looking beyond the narrow gaze of the nation-state.

As one example, in 2015 Zuma congratulated DRC President Laurent Kabila on the â€œrelative stabilityâ€ in his country, citing the need to consolidate cooperation between the two nations. What lay beneath this encouragement were the interests of South Africa-based enterprises involved in mining in the region and, more startlingly, included shared training drills between the South African National Defence Force and the US military operation Africom in preparation for â€œpeacekeepingâ€ efforts on the continent. These cases stand in stark contrast to the episodic anti-imperial jibes elements within the ANC have deployed against opposition parties and striking students alike.

Over the course of 2017 a campaign, largely consisting of civil society organisations, ramped up activism against further developments of the South African governmentâ€™s plan to bolster its nuclear power programme. This proposal emanating from assessments made in the 2010 Integrated Resource plan to expand our existing two operational turbines, at the Koeberg nuclear power plant, by an additional 6 to 8 turbines by 2030.

Historically, nuclear power heralds long-term loans that risk the stability of the economy, especially given the scale of the project, but also an accompanying military industrial complex associated with the use and deployment technology. With South Africa home to one of the largest private security industries in the world it is more than likely that the very kinds of companies owned and administered by apartheid era defence personnel such as the likes Vetus Schola, a private security company that has been widely used during the #FeesMustFall protests to perform the function of public order policing, whose capabilities are being advertised in full form on South African university campuses at present, will be use to secure the nuclear facilities.

Political rhetoric defending the development of the nuclear deal often deploy the spectre of the Soviet Union to reposition the involvement the Russian nuclear power company Rosatom, which has been linked to the South African tender, in a Western-dominated economy.

Zuma has framed governmentâ€™s support for the Russians in the nuclear deal as repayment for the Sovietâ€™s help during the struggle. Speaking at the Oliver Tambo centenary address earlier this month, he said: â€œOf the two forces, one rejected us and one supported us. We were trained by the Soviet Union. They gave us weapons. We fought and we were liberated. One day when I talk to branches I will share more, not today.â€

With colonialism at its root, capital and labour have established a brutal relationship in the countryâ€™s mining belt of South Africa, too. This relationship of exploitation, controlled by violence and enforced by either state police or private security, came to a head in the Marikana massacre of 2012 but we have also seen it in the countless strikes waged across the country over a similar axis of grievances.

Public order policing in service delivery strikes and on campuses, the use of private security for crowd control, and the armed repression of public demonstrations have become a near-permanent feature across the countryâ€™s urban centres. In rural areas, however, farm worker strikes for living wages and associated demands stand in sharp contrast with increasingly militant action by farm owners over farm murders.

Efforts to unionise and mobilise farmworkers have been recently overshadowed in the media by reactions to a march under the banner of #BlackMonday, led by farm owners standing against a perceived hike in murders, allegedly targeting them in what they describe as a â€œwhite genocideâ€.

These developments come alongside growing frustrations with the ANCâ€™s lack of progress on land reform. Recent moves pushing for the Traditional Courts Bill threaten to consolidate political power in the hands of chiefs, undermining struggles on the ground over issues like the wholesale acquisition of resource-rich land for mining by multinational mining companies. This dynamic has been recently demonstrated by efforts by the Australian corporation Minerals Commodities (MRC) to acquire land to set up the Xolobeni mine in the Eastern Cape, with the complicity of some of local traditional leadership. The community, through the Amadiba Crisis Committee, has managed to halt mining activity on the land for a further 18 months.

The consolidation of government power in rural bases takes place alongside declining voter turnout for the ANC nationally, as evidenced by the 11% drop in electoral support since the 2014 parliamentary elections. The party also lost its voter majority in the key metropolitan municipalities of Tshwane, Johannesburg and Nelson Mandela Bay in the 2017 municipal elections. These shifts provide a window of opportunity for opposition parties to claw into the constituencies of the ANC.

For sprawling urban rebellions, such as those characterised under the #FeesMustFall banner, it means that the present tactics of civil disobedience, which do not appear to be acquiring widespread public support and sympathy, are unlikely to compel Zumaâ€™s faction to take any significant political risks. It makes little sense to talk of free education outside of the many interconnected issues facing the country today. Tangible links between struggles offer the potential for concrete solidarity across sectors of the economy with the intention of movement building across a broad base beyond the limitation of single issue campaigns.

The views expressed in this article are the authorâ€™s own and do not necessarily reflect The Daily Voxâ€™s editorial policies.