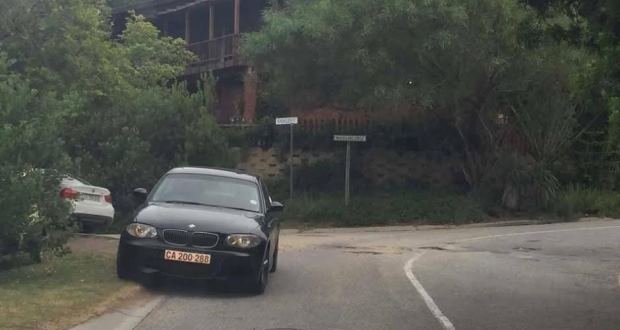 Race and racism have captured the national conversation this week, with Penny Sparrowâ€™s comments on black beachgoers highlighting issues of exclusion, white entitlement and the death of the Rainbow Nation illusion.Â Capetonian Nathier Abrahamsâ€™ post on a racist road rage incident in Knysna has been shared over 5000 times.Â AAISHA DADI PATEL rounds up.

In a Facebook post detailing the incident, Abrahams recounted how he and his friends â€œwere victims of a racist attackâ€ on New Yearâ€™s Eve. He identified multiple white people as having acted with hostility towards the group, with one man uttering â€œI wish it was apartheid then youâ€™d see.â€

â€œWe are from Cape Town and were there for a week on holiday just to relax. The car was not blocking any driveway or car. It was parked a bit badly, as seen in the photo, but was not blocking the road,â€ said Mohamed Chohan, one of the people travelling with Abrahams.

â€œI donâ€™t know what you Coloureds are capable of.â€ â€œThis racist gentleman started the exchange. He was not the neighbour, but someone who lived down the road. The neighbours did not complain. He said abusive words to one of my friends, a girl with us. The driver came out and apologised and smiled [at him]. He did not respond. The white gentleman then proceeded to shout racist comments at [the driver]. My friends came out to see what the commotion was. One of us said he should apologise for his racist comments. He then replied, â€œWhy should I lick your ass?”. He then made comments such as â€œI wish it was apartheid then youâ€™d see,â€ and â€œtake a picture of me and youâ€™ll have a picture of a racist.”

Nathier says another white man then intervened with a cocked handgun, and before attempting to discover what had happened, pointed the firearm at several of the tourists, first at a young woman, saying â€œI donâ€™t know what you Coloureds are capable of.â€

The white man pictured with the gun, who has not been named, told Knysna blogger Michael Hampton â€œI believed an old man was in imminent danger. There were approximately 10 people there with 4 or 5 about to pull him from his car. My gun was kept lowered and as soon as I saw none had a weapon, I held it behind my back. It was never pointed at anyone!â€

Chohan, Abrahams and their friends reported the case to the police in Cape Town, fearing they would not get a fair hearing in Knysna.

â€œA case docket was opened at Lansdowne SAPS on 05 January 2016 and transferred to Knysna SAPS,â€ said SAPS spokesperson Lieutenant Colonel AndrÃ¨ Traut. â€œThe Knysna Detective Branch is investigating a case of defamation of character and pointing of fire-arm following an incident at McClelland Circle, Knysna on 31 December 2015 at about 09:20. It is alleged that a 25-year-old man was verbally abused by a man, a driver of a Volkswagen Golf, in the street. Another man joined the commotion and threatened the victim with a firearm. No arrest has been made yet. The investigation into this matter is still at an early stageâ€ said Traut.

Chohan says that racist incidents in Knysna are not an anomaly. â€œThere is a bigger story here. Small holiday towns like Knysna seem to be only to be used by whites. We used to go to hidden beaches where there were only whites. The looks we received made us feel like we did not belong. I am quite a happy guy, I try and greet and make small talk with everyone. In Cape Town people really appreciate that. In Knysna, the white people blatantly just ignore you greeting them or talking to them. This was on our entire trip.”

On Hampton’s blog, however, he noted that another neighbour who witnessed the incident did, however, apologise to Abrahams and his friends, saying that the behaviour of her neighbours was “un-South African”.