The Constitutional Court ordered the South African Social Security Agency (Sassa) to end its contract for the delivery of social grants with Cash Paymaster Services by September 31. To comply, SASSA introduced a new Gold Card, linked to its new contract with the Post Office. However, the roll-out has not been smooth.

“After changing into a new card I received short money and I’ve tried to enquire about it but I reached a dead end,” says a beneficiary, named Mqondiseni Ngcobo.

Ngcobo said that he has been using the old card until the changes were announced.

“When we were told about the change of cards I told them I prefer getting my money through a bank and they told me what to do. But when I first received the money after changing into a bank it was short with R300.”

“When I enquired about this I was told that it’s the head office in Pietermaritzburg that reduced my money. I’ve been trying to check with the head office but the office phone numbers go unanswered,” Ngcobo said.

According to KwaZulu-Natal Sassa official Mdumiseni Hadebe, the said beneficiary has an additional income which is the reason for his reduced grant.

“The beneficiary is using Capitec to receive his grant, upon investigation it has been established that Mr Ngcobo is receiving additional income which according to our means test is the reason why he receives a reduced grant.”

“We advise that if he is unsatisfied about this, he visits Sassa local office to lodge a case for his matter to be referred for Internal Reconsideration Mechanism (IRM),” Hadebe said.

Early in July the agency introduced a new card, after initially entering into a five-year Service Level Agreement with the South African Post Office (Sapo), in accordance with section 35 of Inter-governmental Relations Framework Act, 2005. The new card, among everything is said to offer a range of benefits including no monthly service fee, free first payment card replacement, free mini-statement or balance enquiry; and unlimited free-point-of-sale purchases.

In July, the inter-ministerial committee (IMC) on comprehensive social security announced that more than 1.8 million social grants beneficiaries (of the 2.5 million recipients in total) have been migrated to the new card.

Patros Msane also complained about receiving short payment in his old card sometime in June but says he couldn’t enquire about it because of the “long queues and daunting process.”

“In June I only received R300 instead of R1,600. I was confused as to what happened but I couldn’t bother to visit Sassa offices because of those queues and their exhausting process,” he said.

Hadebe clarified that the beneficiary was using a different card which he had also taken loans out of, resulting in him receiving a short payment.

“Beneficiary is currently accessing her grant using a Green Card (Not a Sassa Card) it has transpired that there are deductions which are going through his Green Card for loans he took out. The new Sassa Card doesn’t allow for deductions to be affected except funeral deductions which must not be more than 10% of the grant amount,” he said.

Hadebe advised that the beneficiary changes to the new Gold Card by visiting a nearest Sassa Office or any Post Office.

Due to the number of complaints about unauthorised deductions on the old CPS and EasyPay Everywhere (green) cards, the agency has since appealed to the public to visit their nearest Sassa offices or post office to change from their old Cash Paymaster Services (CPS) which is part of the contract being phased out, to a new yellow card. 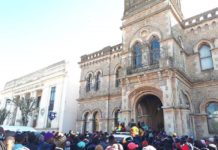 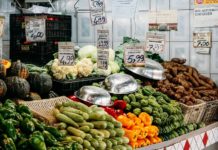