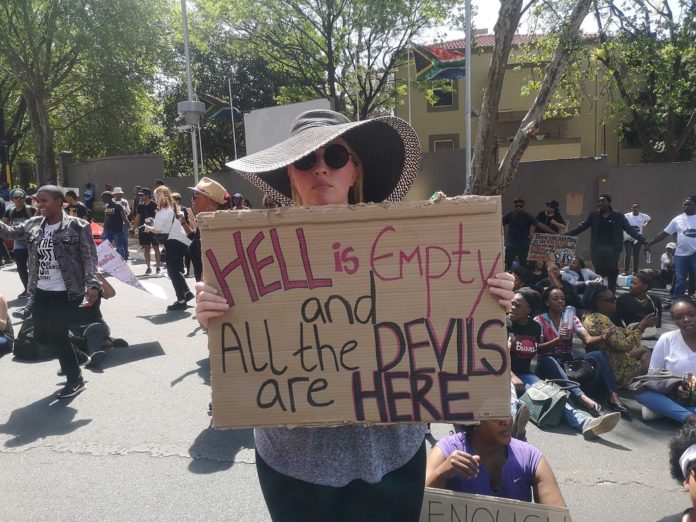 On Friday, hundreds of people marched to Sandton, the business hub of the country, to protest gender-based violence and femicide, inspired by the news of the rape and murder of 19-year-old University of Cape Town (UCT) student Uyinene Mrwetyana. This protest was organised by civil society groups from around South Africa. Photos by FATIMA MOOSA and SHAAZIA EBRAHIM.

Update: the march continues after representatives from the Johannesburg Stock Exchange turned down the demand by protesters for 2% of revenues to be diverted to initiatives to fight gender-based violence.

Protesters blocked off the intersection of Rivonia Road and Grayston Drive, an important route into the business district.

Online Discussion: How Students Are Struggling With Online Learning