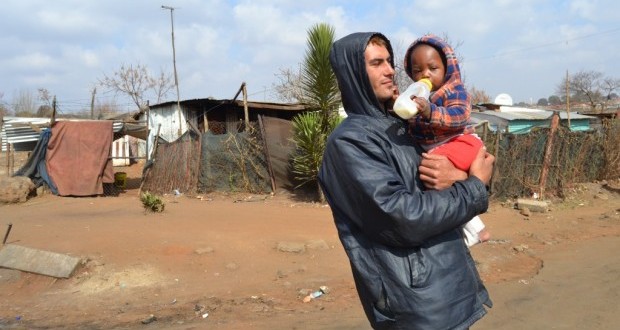 The damning statistics in the latest Oxfam global inequality report have many talking. MUSA MANZA explains what it means for South Africa, and what we need to do to change things around.

It’s the third week of the new year, and those of us who blew all our leave in January are now back at work, reading news, checking Facebook posts and pretending to work in these scorching summer days, while trying to figure out how to make it to pay-day. But a privileged few still lapping up the sun at Camps Bay, doing lunch at Doppio in Rosebank or skiing in the Alps (when a US dollar costs R16.79!)

Who are these people? Why aren’t they at work? They’re too young to be retired, too well-dressed to be unemployed and look too classy to be students. They are the “1%”. Those folks that have so much that they don’t have to sell their labour to pay for taxi fare. Instead, they have wealth and it pays for the Porsche Cayenne and the driver. They have more wealth than the rest of the world combined, and they’re getting wealthier.

This week, Oxfam released their briefing paper on inequality “An economy for the 1%: How privilege and power in the economy drive extreme inequality and how this can be stopped”. Oxfam presented some damning statistics. For a summary of these, read this. While economic growth has pulled scores of people out of poverty over the last 3 decades, this growth has benefitted the super-rich more than everybody else. Between 1988 and 2011, the top 1% of income earners made 50 times more than the rest of the world. Today, a mere 62 people have more wealth than 3.6 billion people – roughly the populations of Africa, China and India combined! Increasing inequality matters because economic growth should be shared for everyone’s prosperity – not only for a busload of elites worth more than half the world’s population. Such high levels of inequality are bad for social stability, growth and shared prosperity. In the case of South Africa, these concerns are even more pressing. Ours is the most unequal society in the world. The World Bank estimates that the top 10% South Africans earn 1000 times more than the bottom 10%. That explains how the CEO of Shoprite, Whitey Basson, earns more than 2000 times the average domestic worker, why Deputy President Cyril Ramaphosa can bid R19.5 million for a buffalo, and why Johan Rupert (the country’s richest person) paid R40 million for his!

Oxfam cites several well-known reasons for increasing inequality. These include the access of the wealthy and the politically-connected to resources, their ability to ensure policies benefit them, the effects of monopolies, and privatisation. They identify as a key reason the deliberate steps taken by wealthy individuals and multi-national corporations to reduce the tax they pay. Such individuals and corporations take up residency or citizenship in tax havens – countries with lower tax rates like the Bahamas or the Cayman Islands – to reduce or avoid having to pay tax in the countries where they actually make money. This practice, known as Base Erosion and Profit Shifting (BEPS), has increased in recent years and it is estimated to cost governments between US$100 and240 billion a year in lost revenue – as much as the size of the South African economy. Countries respond to revenue lost from BEPS by spending less on their citizens or by increasing the tax burden on the rest of society.

In the case of South Africa, colonialism and apartheid have played a major role in increasing and sustaining inequality. For over 300 years the black majority was dispossessed of its land and denied access to markets and education, while the white minority was given access to land, education, employment and markets. As a result, white South Africans were considerably wealthier with greater earnings than their black counterparts at the turn of democracy. Inequality has since increased, as those with access to capital were able to exploit opportunities presented by the larger domestic and international markets. In addition, South Africa’s well-intended policies to increase black participation in the economy – particularly Broad Based Black Economic Empowerment – have benefitted only a small portion of the population, thereby further increasing inequality.

Oxfam proposes paying workers a “living wage” (enough for workers to meet their basic needs) through the use of a minimum-wage. While desirable to reduce inequality, a minimum wage in South Africa may actually result in lower levels of employment. When the price of labour increases – due to a minimum wage – businesses may reduce their output or make use of more capital in production. This could increase, rather than decrease inequality.

Making greater use of progressive public spending (spending that benefits the poor more) is proposed as a means of fighting poverty and reducing inequality at a country level. Compared to other developing nations, South Africa achieves the largest reduction in income inequality when the rand value of public health, education, water, electricity and social grants is included in the measurement of income. Despite these efforts, South Africa still displays high levels of inequality. Further reduction in inequality through progressive public spending would require additional resources. This is unlikely due to the country;s slow revenue growth and high debt.

Oxfam proposes that countries shift taxation away from labour (personal income tax) and consumption (VAT), towards wealth and income from assets. The direction South Africa is currently taking to increase revenue seems contrary to Oxfam’s proposals. Last year Parliament voted to instead increase personal income taxes, while the committee of tax experts advising the Finance Minister (the Davis Tax Committee) indicated that VAT could increase, yet discouraged increases to wealth taxes.

Oxfam’s main call to global leaders is to commit to ending tax havens. This will force multi-national corporations and the super-rich to pay their taxes, with nowhere to hide. Efforts are already underway by the Organisation for Economic Cooperation and Development (a group of highly developed countries) to combat Base Erosion and Profit Shifting, with South Africa an active participant. It is however not clear how much cooperation can be expected from small economies that are highly dependent on being tax havens.

Across the world, income and wealth inequality continue to rise. The higher earnings of capital compared to labour, combined with the ability of the 1% to skew the economic system in their favour are central to this unacceptable and unsustainable trend. Global and local action is desperately needed to stop that bus-load from pilling up even more, and for all of us to live in prosperity. Oxfam has proposed to global leaders a set of policy responses aimed at reducing inequality. South Africa has already attempted some of these with some success. The battle against inequality requires more creative thinking, local responses and coordinated action.