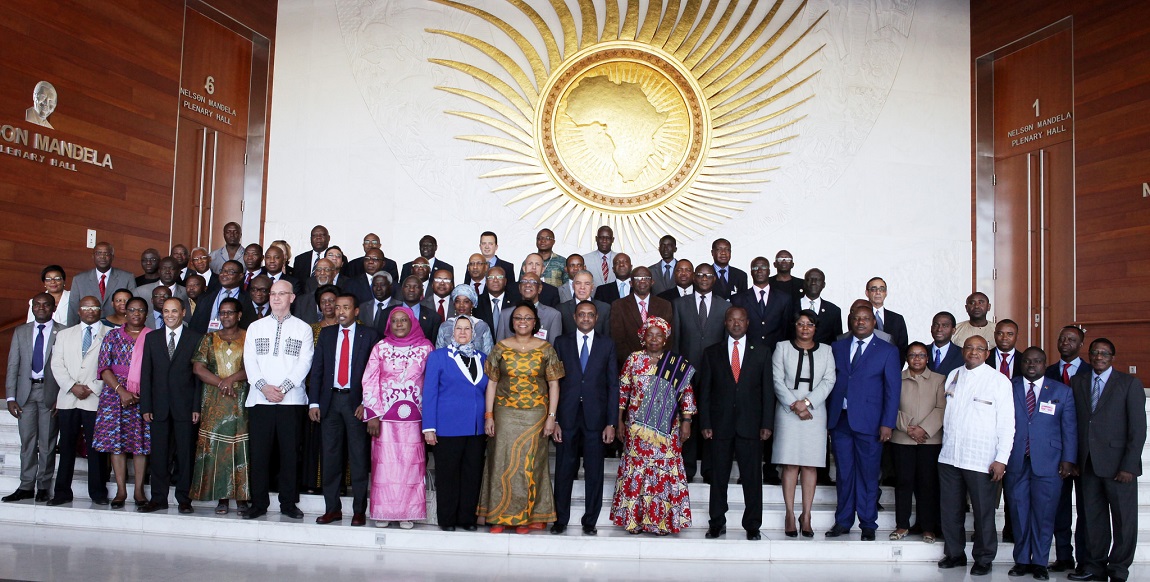 Following on from South Africa, Burundi, and The Gambiaâ€™s withdrawals from the International Criminal Court (ICC) last year, there is talk about African states planning to collectively leave the ICC. This will be a major move for them, especially considering they make up a significant portion of the Court.

Reports out of Addis Ababa, Ethiopia, suggest that a non-binding decision was made behind closed doors on the last day of the 28th Summit of the African Union (AU). Associated Press have also obtained the AUâ€™s draft strategy which recommends that African countries strengthen their own judicial mechanisms and expand the jurisdiction of the African Court of Justice and Human Rights, “in order to reduce the deference to the ICC”.

According to a spokesperson from the ICC, Fadi El Abdallah, the ICC has not been informed of any official communication from the AU regarding such a decision, or related to the content of a potential related document, and therefore cannot comment on any media reports.

No consensus about the decision

However, despite this non-binding decision being taken – which has still not been officially confirmed by the AU itself, or any states within it – there are notably many dissenting voices within the AU.Â Nigeria, Cape Verde, and Senegal are just among some of the African states that have voiced concerns about leaving the ICC.

This could mean that the non-binding decision might not be followed through as all states are sovereign and cannot be forced to make any decision they do not want to. It will most probably take a significant amount of time for the decision to be carried out in any case, and there is no clarity as yet as to if, how, and when this reported withdrawal will take place.

What does it mean for the ICC?

So if the African states leave, will the ICC have a lot of free time on its hands?

The ICC was created by The Rome Statute, which states join voluntarily. Therefore, in all likelihood – even if African states withdraw from the ICC – the Court will likely continue to investigate crimes in other signatory states. It does not mean that the ICC will fall apart.

Current cases cannot just be discontinued; any cases that have begun will need to carry on. If the withdrawal happens, all this means is that no new cases after the withdrawal will be brought against African states or leaders.

The AU has been quite critical of the Court for quite awhile with regards to the unequal nature of the court, especially because the majority of cases currently tried by the Court are those of African leaders and states. There have been accusations of an â€œAfrican biasâ€, which is one of the main reasons for the withdrawal.

But is this truly the case? The initial first cases that the ICC took one were all based on state referral. This means that a member state of the ICC asked the Court to conduct an investigation.

Looking at African cases alone, there have been four state referrals, two United Nations Security Council (UNSC) referrals and two ICC-initiated investigations. A UNSC referral means that a member state of the UNSC has referred a state or person to the court. This is where it gets a little tricky, as the UNSC has some members that are not part of the ICC, such as the US and Russia, meaning those states havenâ€™t consented to the jurisdiction of the court, and the states being referred might also not be members. The two countries referred for investigation by the UNSC were Darfur and Libya.

With the two ICC-initiated investigations, one happened with the stateâ€™s consent (Cote dâ€™Ivoire) while the other one rejected the investigation (Kenya). The four state referrals were Uganda, the Democratic Republic of Congo, the Central African Republic, and Mali.

However, despite the facts, there still exists a perception that the ICC is biased against African states. Adewale Iyanda, a legal officer from the AU Office of the Legal Council spoke to The Daily Vox last year about the African bias and the ICC.

â€œSo whether or not the perception exists? Itâ€™s realistic, I donâ€™t think thatâ€™s something I need to state. Itâ€™s out there and people hear it, itâ€™s said all over the place so that perception is real. I might challenge this from the court to say, â€˜is it really a perception? We need to look at the facts.â€™ I think thatâ€™s a perfect introspection. Letâ€™s look at the facts and see whether or not the perception is a reality or not.â€

To some African states it may seem like they have to leave the ICC if they want to get justice and fairness in the prosecution of crimes, as well as to align with the AUâ€™s motto: â€œAfrican solutions for African problemsâ€. Yet, with the amount of states that are present in the Court, they have the power to help enact real change within the ICC and bring about meaningful progress. They can hold one another to account when crimes against humanity take place on the continent. But it looks like African states are not interested in that route. But itâ€™s early days yet. Weâ€™ll just have to wait and see how the withdrawal plays out and what the possible repercussions are going to be.