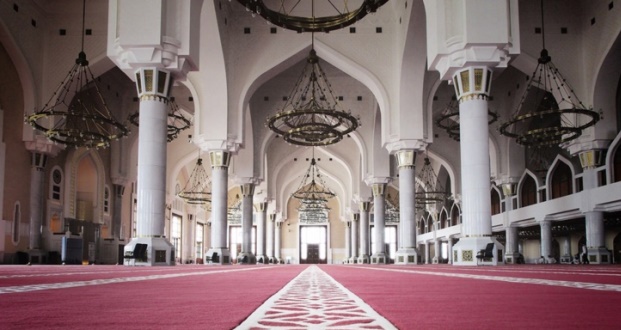 The conflict over the construction of the Valhalla Mosque in Pretoria is more than just an isolated display of religious intolerance. It speaks of race dynamics far more complex than that, argues AAISHA DADI PATEL.

Fears of creeping Islamophobia have taken over in Pretoriaâ€™s suburb of Valhalla, where angry (mostly white) residents have come out against the construction of a mosque and community centre. A protest was staged, and peopleâ€™s inner Penny Sparrows came out as they spewed bigotry online, opposing the construction.

But this protest action is more than just about Muslims needing to reassure the broader community that Islam is a peaceful religion. What this is actually doing is revealing the way in which white supremacy still has prevalence in South Africa, and still makes a public appearances.

This is, of course, no massive surprise. But Islamophobia in a South African context is a concept that deserves some examination.

Twenty two years or so into democracy, weâ€™re seeing the ways that the Rainbow Nation narrative is a massive whitewash. Weâ€™re calling it out for pushing ideas of equality and fairness when the reality is far from that. And while Muslims may have access to halaal food and (for the most part) are able to wear headscarves without harassment, they still do face creeping Islamophobia. Itâ€™s the man yelling at you that you canâ€™t park in a certain place, or the angry drove of protesters telling you not to build a mosque in their area because the noise will disturb their animals.

The issue with the dissent against the construction of a mosque – a place of prayer – is that a majority-white community is telling people that they canâ€™t be on their land, and theyâ€™re trying to use principles of anti-racism to justify it. Itâ€™s like theyâ€™ve completely forgotten about this thing called colonialism, or how they got to Africa in the first place.

Islamophobia in post-apartheid South Africa is arguably rooted in two things: the conflation of race and religion (â€œIslam is a brown personâ€™s religionâ€), and global terrorism narratives.

How not to embrace religious and ethnic diversity in the rainbow nation #ValhallaMosque #Islamophobia pic.twitter.com/9PMUL2rUye

Through statements such as â€œParis, Brussels, Valhalla???â€ and â€œGeen ISIS in Valhallaâ€ (â€œno ISIS in Valhallaâ€) it’s clear that the community is scared of an imminent ISIS invasion or Boko Haram bombing, buying into global narratives a la Fox News of Islam being an extremist and dangerous religion.

Through statements like “Indian neighbours YES. Muslim invasion NO”, protesters are trying to make it appear that they are totally tolerant. They love samoosas and Indian people, so they’re definitely not racist – but Islam is dangerous so they need to be cautious. They are quick to point out that they are not racist when ironically, their bigotry stems from conflating religion and race.

They will deny that they are racist, shifting the focus onto an inconsequential thing such as the call to prayer. What this does is imply ignorance about religion, but ignorance implies innocence. And they’re not innocent – the fact remains that these individuals are racist and do not want anything that may threaten their white supremacist ideals.

A 2014 report claims that there are around 150 Muslim families in Valhalla, and they currently gather to pray in congregation in each otherâ€™s homes. There is a community of around 8, 000 in the area – not all of whom are Christian – and there are six churches.

But again, the issue is not about freedom of religion. Itâ€™s about upholding white supremacy.

And this is something that the Democratic Alliance doesnâ€™t seem to get. They released a statement claiming that they were in full support of the construction of the mosque from the start, as they are fully in support of freedom of religion. Ironic when in 2013, DA councillor Ina Strijdom said that she was neutral on the matter.

While the mosque has been given the go-ahead and the mayor of Tshwane, Kgosiento Ramokgopa has pledged his full support for it, it’s highly likely that the community will continue to protest. Freedom Front Plus member in the area Anel Geyser has tried to justify dissent against the mosque by claiming that it is not the fact that Muslims are coming to live in the area that people are angry about – it is the â€œblaringâ€ noise of the mosque in their â€œquiet and peacefulâ€ neighbourhood. This is the classic colonial narrative: assuming that only whiteness can maintain peacefulness and respect, and that allowing any outsiders into that space will disrupt that.

Apartheid certainly connived to situate race and class in our society so deeply that it will take years â€“ decades even â€“ for us to decipher the impacts completely. Perhaps it is only through the disruption of whiteness that weâ€™ll actually be able to move on and deal with the psychological scars of apartheid.

But itâ€™s not your time to play victim, whiteness. Donâ€™t worry though – I will pray for you.