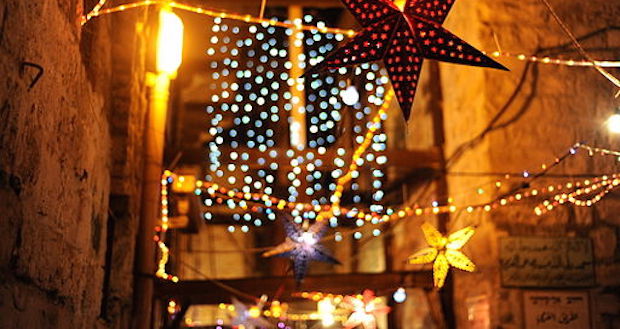 Iâ€™m old enough to remember when that Nandoâ€™s Dubai Ramadaan advert wasÂ first flighted. From over the seas, I watched the ad on my third-worldÂ broadband connection and thought: â€œLook! Islam is going mainstream!â€

The advert was niche, directed at Muslims, but it also further endearedÂ a much beloved brand to millions of chicken-guzzling fanatics.

Never again would I have to explain to others why I fast, or how come we canâ€™t eat or even drink water. The world would know more aboutÂ Muslims and it was going to be wonderful.

What I didnâ€™t realise of course, was that other businesses realisedÂ that Muslims were an untapped market that needed to be, err,Â tapped â€“ a whole one billion people, many with money to burn, haveÂ just been sitting around, eating their dates quietly. But oh we Muslims do love our things as well.

What started as a cute, â€œLook how wonderfulâ€, â€œOur story is also beingÂ toldâ€, was no longer just about creating conversation, we were aÂ target market, a living standards measure (in marketing speak) and businesses now know it.

And then of course the entire world, including PringlesÂ and Martha Stewart has also tapped into theÂ market. Yes Martha, using dates as a name card holder is GENIUS!

I donâ€™t want to come across as the ghost of Ramadaan past, or theÂ wretched grinch of the Ramzan, but I remember a time when buyingÂ ready-made samoosas was the last word of convenience for working mums, who didnâ€™t have to prepare for the fasting month some months inÂ advance. Alas, ready-made samoosas were just the peephole into a wholeÂ other world.

What started as a convenience for working Muslims who had to deal withÂ boekah (iftaar) rush hour from work has now become a whole industryÂ that just needs you to throw money at it.Â  Whole meals will now appear at your table; hell, you can even get banting options (only in CapeÂ Town, of course). Anything you want from carb-free soup to darkÂ chocolate effigies for your sweet tooth are just a phone call away.

But itâ€™s not just the iftar meal thatâ€™s been coloured by the ghostlyÂ hands of capitalism.

Gifting rituals have emerged that also tend more towards waste thanÂ spreading love.Â Dates drenched in honey and nuts encased in boxes with polka dotÂ wrapping. Today, even the falooda is ready-made. As for dates: MuslimsÂ have made a meal out of the modest bite. Giving dates to Muslims inÂ Ramadaan is like giving fruitcake at Christmas. You will be eating it forÂ months after, because even corporates gives gifts of dates to theirÂ Muslim staff and clients.

Iâ€™m writing this from Cape Town, where, the business side of RamadaanÂ still feels novel. But I know as well that in the Middle East, RamadaanÂ is a month-long session of self-indulgence.

As someone who works in marketing, I am unsure why I am surprised byÂ these developments. I canâ€™t help but think the idea of communal mealsÂ was to bring back a spirit of festivities and to connect with familiesÂ and friends. But it feels increasingly like weâ€™ve ceded Ramadan to ourÂ commercial overlords.

Never mind the spirtual recharge, best you keep the change. Muslims,Â weâ€™ve gone commercial.Â Iâ€™ll see you all at the Eid Fair?