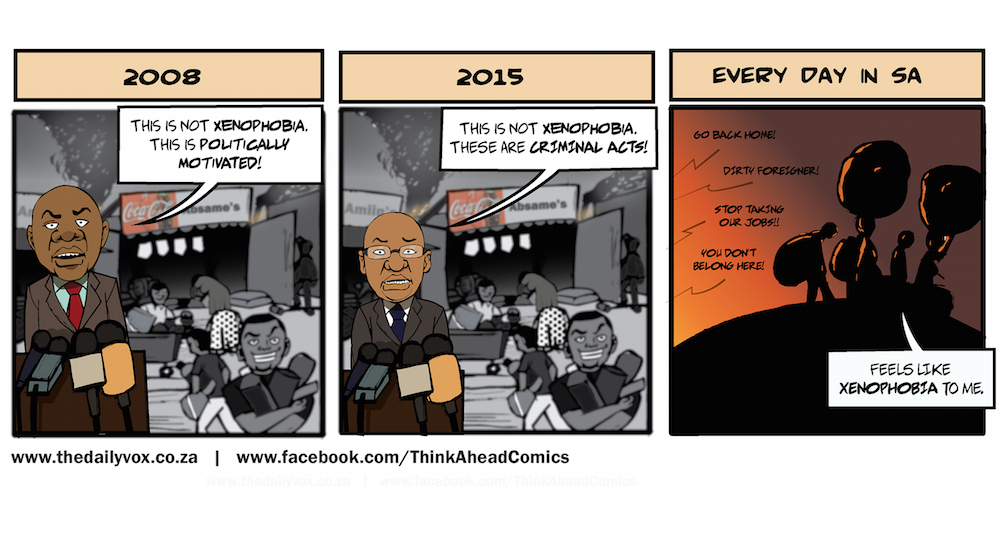 KwaZulu-Natal police have denied that a brutal attack on a Somali-owned business in Cato Crest, Durban Â is an act of xenophobia, linking it instead to rivalry between traders in the area.

â€œThis incident could be linked to competition between traders and is not xenophobic as it specifically is targeting traders,â€ Major Thulane Zwane told The Daily Vox.

Â Various community newspapers in the province reported that three teenagers had attacked the foreign-owned business, setting the store alight and firing bullets into the premises, and then looted the store. The landlord said he had found bullet shells nearby. While local police deny that the incident is linked to xenophobic tensions, the local councilor says the community has been battling anti-immigrant sentiment.

Ward 101 councillor Mzi Ngiba told The Rising Sun community newspaper: â€œWe held a meeting recently with local business forums, encouraging them to work hand in hand with foreign businessmen. Residents raised dissatisfaction with working with Somalis as they said they are stealing business from them. Again, we reiterate that we do not condone attacks on foreign nationals.â€ Â Â

Ismail Addam, a representative of the Somali Association in Durban said: â€œSome local tuck shop owners came in the night time and throw petrol,â€ adding that the shopkeepers had escaped without injury.

KZNÂ police say no arrests have been made in connection with the Cato Crest petrol bombing.

â€œA case of arson was opened for investigation and no arrests have been made,â€ the police spokesperson said.

There are at least 300 people still living at camp for displaced foreign nationals in Chatsworth, south of Durban, after the recent spike xenophobia-related attacks around the city in April. Most of the displaced people living at the camp are Burundian and Congolese citizens who refuse to reintegrate into their erstwhile communities in and around Durban and say itâ€™s impossible to go back home.

Organisers at the camp sayÂ they areÂ running out of supplies as donations run out, asÂ rumoursÂ abound that the camp will soon be closing. Municipality officials, however, say the camp is not likely to close any time soon.

EThekwini head of communications, Tozi Mthethwa told The Daily Vox: â€œThere is currently no set date for the closure of the Chatsworth temporary shelter.â€

At least eight foreigners were killed in a spike of xenophobic violence that began in Durban in April and then spread to Johannesburg.Â The South African government launched Operation Fiela-Reclaim in response to the violence.