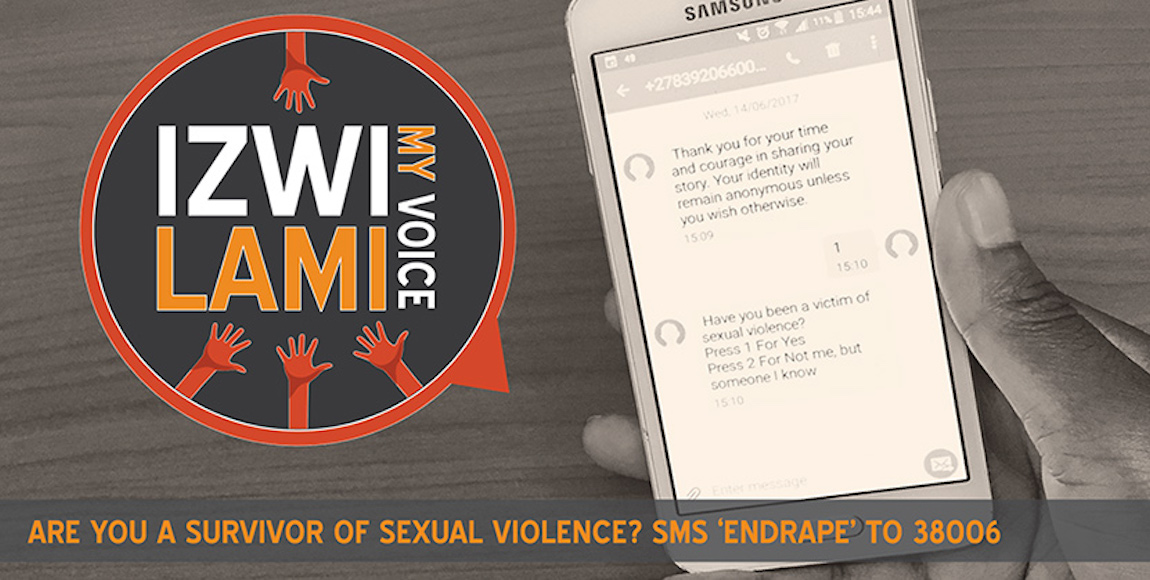 The pervasiveness of rape in South Africa means there are many survivors in need of tools that empower them. Online platformÂ Health-e NewsÂ launched a campaign to provide survivors access to support structures.

In a video produced by Health-e News, we learn about the motivation behind this tech tool for rape survivors. Izwi Lami – My Voice is an free SMS platform where survivors can find information about counselling services in their province, and share their experiences. Each SMS conversation ends with a link to a petition calling for packages of care to be available at all 24-hour healthcare facilities nationwide.

Naeemah Meniers survived a sexual assault last year. Her experience with the police echoed the sentiments of many other survivorsÂ – she said their treatment of her was very cold and seemed to question her motives. â€œI donâ€™t think the detectives know how to deal with a survivor coming in to report a rape,â€ she told Health-e News.

Meniers said if she had had access to a tool like Izwi Lami, dealing with the barriers that prevented her from following through with her case would have been easier. â€œI wouldâ€™ve loved something like that because it would make me feel that I can decide better where I want to goâ€¦ and how I want to do this,â€ she said.

The Izwi Lami tool can play an important and empowering role for women in rural areas. Thuthuzela Care Centre coordinator for Rape Crisis in Cape Town Nomnqweno Gqada, told Health-e News that women in rural areas are particularly vulnerable. â€œItâ€™s more of a challenge for them to access these services because they are so far out.â€

Minister of Police Fikile Mbalula had encouraging words for people in Meniersâ€™ situation. Health-e News spoke to him at the launch of governmentâ€™s six-point gender-based violence plan to increase reporting of these types of crimes. Mbalula said heâ€™s deeply saddened that the system has failed rape survivors. â€œIâ€™m guaranteeing you and all other victims that we shall win working together,â€ said Mbalula.

According to Health-e News, over 100 women are raped every day in South Africa. This means there are many people who need support when dealing with the challenges that come with moving forward after an assault. To access the Izwi Lami platform, SMS â€˜END RAPEâ€™ to 38006.