On Tuesday night, Apple launched itâ€™s new range of iPhones at the Steve Jobs Theatre at the Apple headquarters in Cupertino, US. The new phones are sleek, feature-packed, and pricey AF. Like, sell your soul pricey.

Me: I like this iPhone X, it’s really nice and I would want to bu…

A lot of people wondered what happened to iPhone 9.

Why is there no iPhone 9?
Because Seven ate Nine.

Windows skipped from Windows 8 to Windows 10

I mean, what’s happening to the number, 9? pic.twitter.com/NppTJFgLJm

Maybe the ten was so decked out it made up for nine.

The iPhone X has an all glass, edge-to-edge design, and it’s glass on both sides. Apple claims its the most durable glass ever used on a smartphoneÂ but people werenâ€™t really convinced.

When the guys at the phone repair shops hear the new iPhone is glass on both sides #AppleEvent pic.twitter.com/buGw9sZQHk

Seriously, no one asked for this.

It also has no home button, charges wirelessly, and is allegedly water resistant.

The coolest, although creepiest feature, is Face ID. Now you donâ€™t have to remember passwords and pins. Just glance at it and the phone unlocks. It also uses your face to make payments on Apple Pay.

so wait, the iphone x gone let me unlock my mans fone while hes sleeping with the facial recognition?! pic.twitter.com/i3DZRnDmUD

Some people werenâ€™t impressed by this feature though. After all, high-end Samsung devices already use facial recognition to unlock.

But does Samsung have animated emojis? The X now lets you send â€œanimojisâ€, which mirror what ever facial expression you make. So now you can be a laughing monkey or an angry poop emoji if you like. Clearly, the future is here.

Me using emojis in the future #AniMoji pic.twitter.com/cqk9nefV2n

People haven’t failed to notice that the wait time between new iPhone releases is growing shorter.

Usually Apple waits a year before making their phones obsolete. The iPhone 8 lasted about 10 minutes #AppleEvent

iPhone 6 was released in 2014, iPhone 7 in 2016 – and you have to wonder how workers at Appleâ€™s Longhua plant – which gained notoriety in 2010 when 14 workers died byÂ suicideÂ over low pay – are coping with demand for these high-end but short-lived toys. 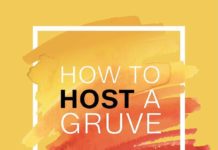 The Gruve App Helps Users Locate The Groove, But At What Cost?

What The US Ban Of Huawei Ban Means For South Africa