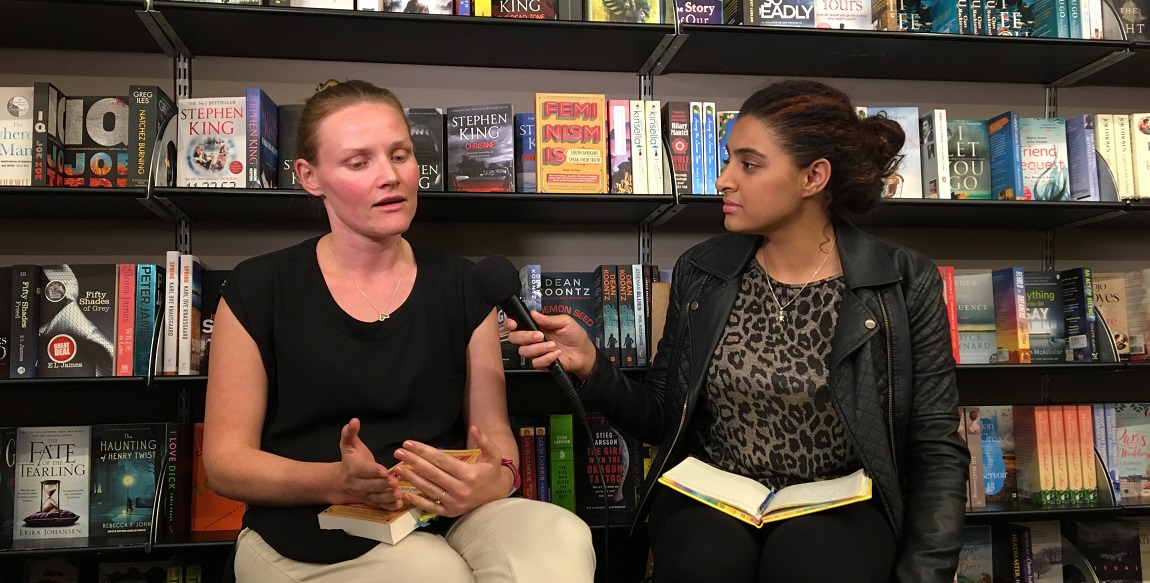 The book Feminism Is will start a conversation with yourself and unpack a lens for you where you will believe you can make change in the world, and that you have to, writer and feminist Jen Thorpe said in an interview with The Daily Vox.

Thorpe was speaking at the Rosebank book launch on Tuesday of a book she recently edited called Feminism Is: South Africans Speak Their Truth. It’s an anthology of feminist writings which includes voices from people in various fields, different race groups, sexual orientations, and religions sharing their thoughts on what feminism is and what it means to them.

In a Facebook live interview with The Daily Vox, Thorpe said feminism is an important movement not just in the global context, but in a South African one as well. “One of the main reasons that feminism is still so important is that along with legislative change and political progress in South Africa, there’s the idea that everything is fine. And for me everything’s not fine. Womxn are still more likely to be poor, unhealthy or ill, more likely to get HIV, get raped or experience sexual violence. There’s a situation of legislative equality but not lived equality so until we have a situation where it takes as much planning for a man to walk out the door as it does for me where its the same and I don’t have to worry am I going to be harassed, am I safe, is it the night then I think we need to keep doing the work,” Thorpe said.

The idea of putting together a book that collected the experience of South African feminists came to Thorpe when she attended the Open Book Festival, an annual book festival that happens in Cape Town. “They had a panel of four incredible writers just talking about being a womxn writer and some of the feminist challenges to that – and some of the nonsense that womxn writers have to face. I thought we can’t only be having conversations like this once a year, we need to be having conversations where voices that don’t get a lot of space get more space more often,” she said.

Thorpe along with the publisher Na’eemah Masoet put together a long list of about 150 South African feminists, activists, speakers, and writers and emailed them about the project. Around 50 showed interest and then the list eventually dwindled to 31 – all of whom have written in the book. Their brief was to write an essay that spoke to what feminism is to them and situated it within their lives. The writers had freedom on length and content. The result is different voices: academic, personal and anecdotal – even some poetry.

What’s particularly valuable about the book is that it is South African. “Like Owethu Makhathini said, we lack a South African resource dealing with these topics,” Thorpe said.”If you do a gender degree you’re reading Western feminist, international, and American examples and whilst the theory is not useless, it doesn’t reflect our lived experiences. This book could have come out very academic but it came out very personal because it shows you the lived experience for so many people and using feminism as a toolkit can make the experience feel bearable where otherwise it might not be that way,” she said.

Editing the book which included voices from a range of feminisms taught Thorpe more about feminism. “I love that we’re exploring the conversations between older and younger feminists, between different types of feminists. There’s a lot to learn in this collection whether you’re a feminist or not,” she said.

“I learned a lot about how difficult the experience on social media is for a lot of young feminists who are struggling to find their voice, thinking that there’s a right answer out there and feeling afraid to say things. For me, it’s a real threat to the feminist movement in South Africa, this feeling that other people know better so I won’t say anything because I’m scared to get called out,” said Thorpe. She added that we need to create open spaces for conversations rather than academic alienating spaces.

For a number of the feminists that wrote in the book, not all people they considered who practised the values of feminism identified with the label. Thorpe said labels can be scary for people but that there is room for people to grow into them.

“For me it’s important to identify as a feminist because it sets me a daily goal almost. It says you’re not just living in this world where things are wrong. You’re trying to do something about it. For me, feminism is very much a verb and a doing word. Labelling myself in that particular way to keep myself committed to particular movement,” she said.

“I think labels can be very scary, especially in a place like South Africa where there’s so many labels that carry so many different power struggles. One of the things Kathleen Day from Rape Crisis says in her essay is during the rape crisis training, it doesn’t matter if you’re a feminist because the work is inherently feminist. I think there is space to grow into it, to do the work without doing the label. For young people who are identifying with the values of feminism or womanism but not the label, there is space to read, engage with older ideas, to grow into something that looks like feminism and to redefine it into something that works,” Thorpe said.

The book can be found at all good bookstores online at Takealot, Loot, or at your nearest Exclusive Books. A portion of the proceeds from this book will go to Rape Crisis Cape Town.

*The term “womxn” is used intentionally to be inclusive of all femme identifying bodies, not just cisgender women.