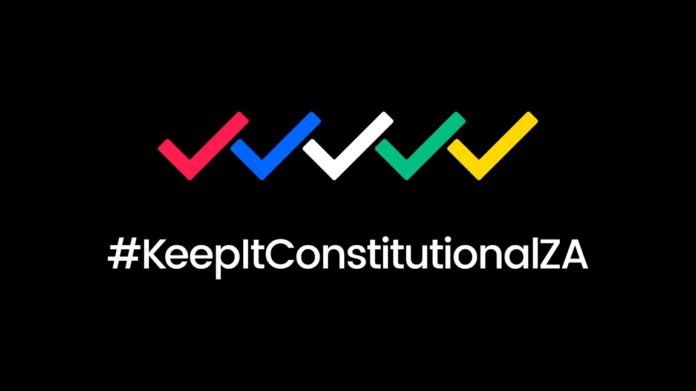 There’s a decline in knowledge about the Constitution among those South Africans living in marginalised and vulnerable communities. Interestingly, adults living in these communities learned about their rights, contained within the Bill of Rights, from schoolchildren. This is according to a 2017 Foundation for Human Rights (FHR) baseline survey on awareness, access and attitude to rights. Using this information, the FHR has created an animation series to increase the understanding of the Constitution.

The FHR first completed the baseline survey, looking at the question of awareness, access and attitude towards the Constitution, in 2011. “We were quite surprised to find that for most people living in vulnerable and marginalised communities, knowledge of the Constitution comes from learners who are at school,” FHR Executive Director Yasmin Sooka said in an interview with The Daily Vox.

“There was a second finding, which was also about their own sense of distrust, that because they live on the edge of society, they didn’t believe the Constitution could work for them,” Sooka said.

The FHR released the animation series Raising Awareness of the Constitution and Bill of  Rights on 26 July at Constitution Hill in Johannesburg. Each episode was created using interviews with people who struggled realising the rights, and burning issues in the country. The 20-episode animation series is available in English, Afrikaans, isiZulu and Sesotho and can be downloaded on the #KeepItConstitutional website.

The videos are short as well because the FHR took into account data costs in the country.

Since the FHR launched the website with the hashtag #KeepItConstitutional earlier this year, the response has been positive. In four months, the website has been viewed 150 000 times and there have been more than 50 000 views of the videos. The website has also received 108 queries in isiZulu, Sesotho and Afrikaans.

Why the Constitution is important

Lauded the world over for its progressiveness, the South African Constitution was developed to usher in transformation after apartheid. A major component of the Constitution is the Bill of Rights. The Bill of Rights enshrines the fundamental rights that Black South Africans, who were disenfranchised during apartheid, did not have before democracy.

But since 1994, despite the strides South Africa has made to alleviate the struggles of the most marginalised, inequality has grown.

“The Constitution is a progressive document, which is really a social contract between the government that rules South Africa and the people who live in South Africa,” Sooka said. “If we understand it and that the rights apply to all of us, then we can use this mechanism in the Constitution to enforce those rights. That improves the quality of life for most South Africans.”

This project, Sooka says, has been in the making since 2015 and has been developed with continuous input from schoolchildren.

How the animation will teach learners about the Constitution

The FHR conducted pilot exercises with learners from five diverse schools across Gauteng. The entire series, which includes lesson plans and resources for teachers, was pilot-tested for 18 months. For teachers, the FHR will also run free training courses in the next few months. This forms part of a plan to educate and empower learners to use the Constitution to improve the quality of their lives and communities

The message encourages reporting threats on the right to dignity to the South African Human Rights Commission, the Equality Court, and the Commission for Gender Equality.

It’s all about accessibility

One of the FHR’s main aims was to make #KeepItConstitutional as accessible as possible across community and educational platforms.

To extend its reach further, the FHR created an accompanying radio series which will be broadcast on community radio stations. “Over the last 20 years, we have found that the most accessible medium for people who live in marginalised communities is community radio,” Sooka said.

Radio series are easier to distribute. They can be used instead of the animated episode in circumstances where teachers lack equipment to screen the animation. The FHR will be working towards airing the series on TV as well.

“We wanted to make it fun, you don’t want to make education boring,” Sooka added.

Looking forward, Sooka hopes that South African schools will adopt this series. “The ideal outcome is to ensure that this is made part of the curriculum at schools because constitutionally, human rights education must be an imperative in our schools,” Sook said. 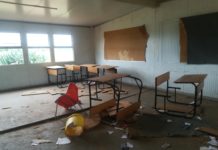 No-fees school in Limpopo is struggling due to vandalism