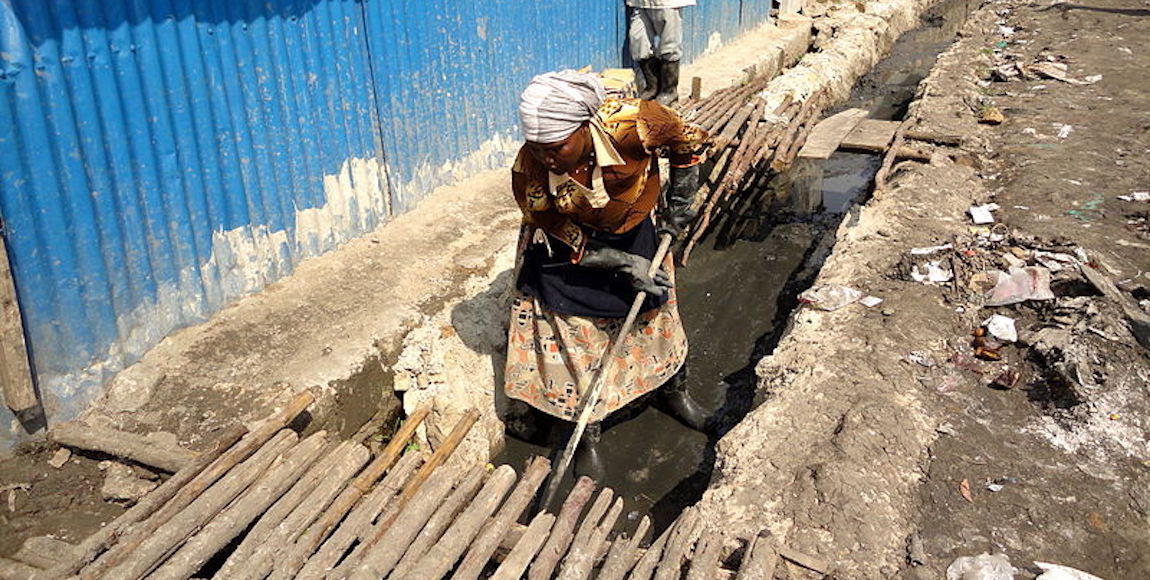 On Monday Kenyaâ€™s ministry of health launched a 21-day plan to contain an outbreak of cholera in Nairobi. More than 336 cases of cholera have been reported in the city since May. About five hours from the capital,Â Garissa CountyÂ also has an active cholera outbreak. In Muranga County, which have a history of cholera outbreaks, four towns have been put on alert. The county health department has banned food hawking and is inspecting eateries across the county.

The first cholera incident in the capital city occurred in May at a private wedding ceremonyÂ in the affluent suburb of Karen. In June, the second was reported at the Weston Hotel along Langata Road. The most recent incident occurred at a trade conference held at the Kenya International Conference Centre (KICC), where two cabinet secretaries were among the 70 affected. The health ministry is carrying out investigations and testing food and water samples from the KICC. A report on the incident is expected to be made public next week.

On Wednesday Health Cabinet Secretary Cleopa Mailu ordered the closing of the Jacaranda Hotel and the San Valencia Hotel, andÂ said the ministry will continue to shut down any other hotel if there is evidence of risk to the public. Despite these measures, the ministry has come under criticism for its handling of the outbreak. The Weston Hotel is still operational even after more than 30 people were hospitalised after attending a conference there last month.

Kenyans on Twitter were quick to criticise the health ministry’s response using the #CholeraNairobi. Many accused the ministry of failing to close down the hotel because it belongs to Deputy President William Ruto. The ministry maintains that it kept the Weston Hotel open because the food served at the conference was outsourced.

Maybe Health CS Mailu is only closing those hotels that have no license to spread cholera. Weston Hotel must be having one. ðŸ˜’#CholeraNairobi

Cholera is an acute diarrhoeal disease that can rapidly lead to severe dehydration and death if untreated. The disease, which is spread by the ingestion of contaminated food or water, has a short incubation period and the number of cases can rise quickly. The World Health Organisation recommends a multidisciplinary approach to prevent it from spreading, including community mobilisation and engagement.

The health ministry has established a multisectoral task force to respond to outbreak. Health services director Jackson Kioko said measures to stop the spread of cholera include banning food hawking in town and the estates; banning hotels and other venues from outsourcing catering to unlicensed individuals and suppliers; mapping out and repairing broken sewers; and carrying out water quality assurance testing of random and regular water samples. In addition, the health ministry is facilitating discussion on personal and community hygiene and sanitation in the cholera hotspots and informal settlements.

The ministry has also cancelled the medical certificates of all food handlers, and directed all county officials to vet and license food vendors and food handlers afresh in order to contain the outbreak. The counties have further been directed to reinspect hotels and restaurants in the next 21 days.

The health ministry and Nairobi County are encouraging Kenyans to report to their nearest health centres if they experience any cholera-like symptoms but there are growing fears that cholera patients will not be able to get the care they public hospitals. Kenyaâ€™s nurses have been striking over a pay dispute since early June. Many patients have opted for private hospitals, where beds are filling up fast.