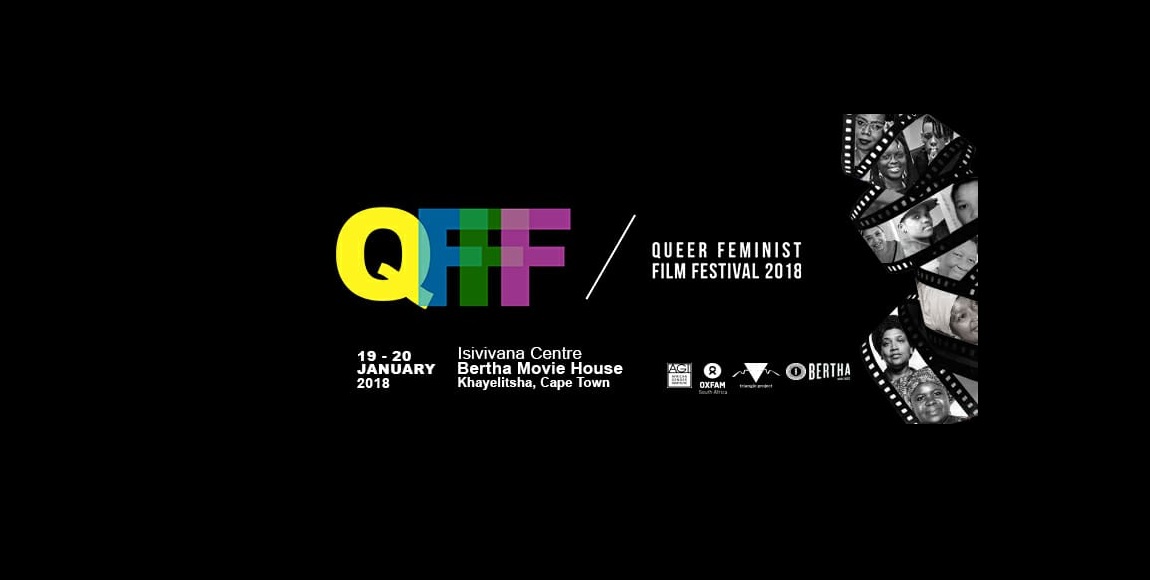 The first Queer Feminist Film Festival will happen in Khayelitsha over weekend of 19 to 20 January, aiming to create an inclusive space to celebrate queer people and feminists. The Daily Vox interviewed one of the organisers on the inspiration and challenges of creating this new space.

Speaking to The Daily Vox, Mase Ramaru, one of the festival organisers, said that the QFFF is aiming to bring together people in conversation around queer and feminist activism to honour and reflect on what the movements have looked like in SA. â€œIt is also to inspire people to have the tough conversations that we have observed are not happening in movements and have resulted in the collapse of movements and what we are trying to do is create the space where people can be honest,â€ she said.

The event will take place over the 19 and 20 January outside Cape Town, at the Bertha Movie House in Khayelitsha. The festival is a collaboration between Bertha Movie House, the African Gender Institute, the Triangle Project and Oxfam South Africa.

Ramaru said in the initial conceptualisation of the festival was much smaller than what it has become. â€œWe didnâ€™t expect there to be this much of a need for such a space and this festival will be the beginning of hopefully what would be a bigger one Initiated by the African Gender Institute called the Queer Cultural Festival,â€ she said.
Some of the films being shown are Solomon and I, Winnie, Audre Lorde The Berlin Years – 1984-1992, and Strike a Rock.

Ramaru said films that were chosen take festival goers on a journey of queer and feminist activism. She said they will speak about the nuances of bringing themselves and their identities into spaces that often end up rejecting and erasing them and on ways to celebrate themselves in their own communities.

On the first day of the event a conversation around what it means for women who organise when it is dangerous will be had. â€œWe decided not to make it formal but create a space where people can talk to one another about their difficulties organising in feminist and queer spaces and places where it is dangerous whether it is during #feesmustfall and confrontation with police or spaces in our community,â€ Ramaru said.

The second day of QFFF will feature a LQBTI leaders forum will take place where young students and young feminists will have conversations with each other. â€œWe also want to space to be a very fun space. We have incorporated different types of elements through arts and music to provide a holistic experience to people,â€ she said.

Ramaru said it was particularly important to have the QFFF in Khayelitsha because Cape Town have a reputation for creating elite spaces. â€œHow can we go into difference spaces that celebrates the culture and work of feminists within these spaces and break down the barriers where people are always trying to bus people into middle class spaces then take them out? Why not celebrate those spaces for what they are?â€ she asked.

She said it was also important to engage with feminist and queer organizations within the townships and provide a space where their work is centred and not them as an addition to the space.

Ramaru said they will be providing transport to and from the festival.