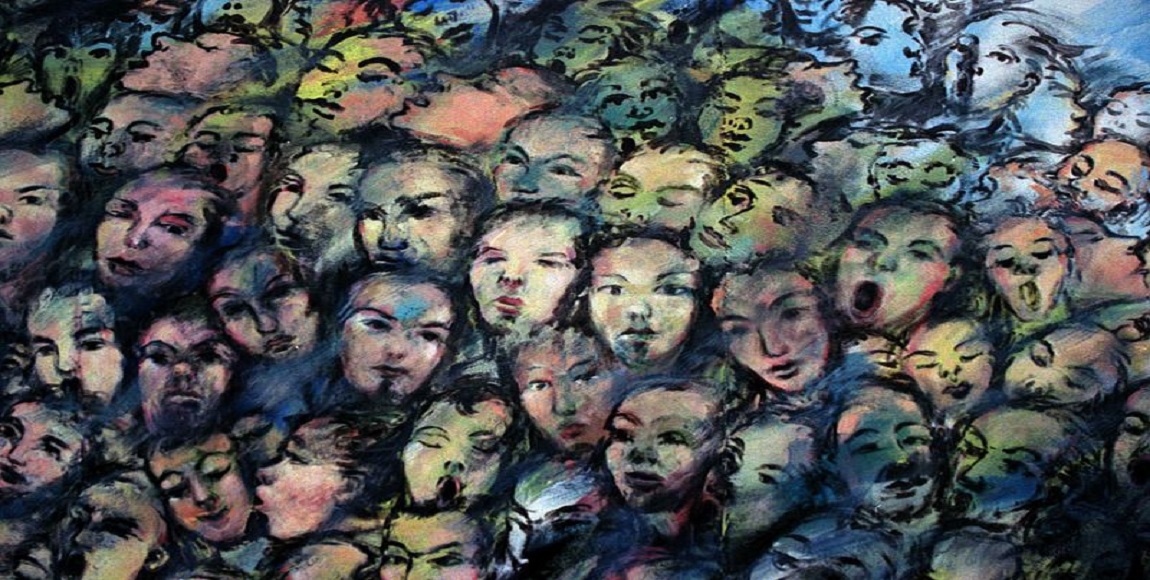 There was once a time when people thought mental illness was demonic possession. Priests used to perform exorcisms, in which the supposedly possessed person would usually either die or take their own life. We thought we made progress when mental illness was found to be the cause of these events, but we still shoved the sick into institutions, where a gallery of the public could watch them be lobotomised.

Times may have changed, but our attitudes haven’t.

In October 2015, now former Gauteng MEC for Health, Qedani Mahlangu, announced the termination of the contract between the Department of Health and Life Esidimeni mental health facilities. Around 2, 000 people who had been receiving specialised chronic psychiatric care were to be moved out of Life Esidimeni to families, NGOs, and psychiatric hospitals.

Usually this would be a slow and carefully-planned process. However, it ended in horrific tragedy. At least 94 people were found to have died due to negligence between March and December 2016, after being moved to various hospitals and NGOs, some of which were not licensed. In October 2016, Health Ombudsman, Professor Malegapuru Makgoba, was appointed to investigate the matter, and this week released his report, No Guns: 94+ silent deaths and still counting. While mental illness is manageable, it is still a very speculative and inexact science. Symptoms are sometimes treated instead of the root cause of the problem, misdiagnoses often occur when multiple symptoms are presented, and myths surrounding mental health result in patients not being treated optimally. These are just a few factors that make this a very difficult field of healthcare.

The University of Cape Town’s head of Public and Community Mental Health, Professor Crick Lund, says many factors lead to mental health being inadequately dealt with – both in the home and publicly – since it is subject to stigma all over the world. “There are misconceptions and inaccurate beliefs, which lead patients to be labelled as mad or other derogatory terms.”

Society’s general misunderstanding of mental illness, the inaccessibility to adequate care, and – quite often – the refusal to accept mental illness as being real, add to stigma and the subsequent disregard for mental illness as a whole – even by authorities. And it’s also just the tip of an iceberg that can lead to devastating consequences.

Lund says that stigma also has an economic impact on the mentally ill, as well as their families, with people who suffer with mental illness being excluded from employment opportunities. “Each household has individual circumstances,” he says, “and poverty can increase the risk of mental illness, and also the reverse – illness can lead to poverty with increased healthcare costs. Living with disability and all it entails is also taxing on all involved.”

Often, when families can no longer care for a member of the family who suffers mental illness, their care falls to the state. In the case of Life Esidimeni, there were numerous factors that lead to this tragedy. “This tragedy is a direct consequence of negligence,” says Lund. “Historically, mental illness has been neglected in South African policy, resulting in inadequate budget and resource allocations. We do have a good mental health policy framework in line with the [World Health Organisation’s] best practice.”

However, the beginning of the end lies in the fact that on a provincial level, the money did not follow the patients into community-based care. “We haven’t learnt from previous mistakes in that the money did not go to the correct places, and did not provide adequate care for the most vulnerable in society,” Lund says.

Lund says de-institutionalisation started happening internationally between the 1950s and 1980s, as a way of quarantining the mentally ill. However, closing down institutions is not enough as mentally ill patients are sometimes dumped out of state hospitals into communities that do not have the adequate services to receive them. Life Esidimeni was closed, not due to the need for destigmatisation and acceptance of mental illness in society, but for economic feasibility.

Lund says: “This decision was the start of the problem; there was no planning, no adequate facilities found to take care of the patients post-closure, and the level of corruption [exacerbated] the situation. The chain of events shows that even the South African Federation of Mental Health warned the department and offered help, but they were snubbed and weren’t consulted. If the right NGOs were engaged, this tragedy could have been avoided.”

From March to June 2016, mental health care patients were discharged from Life Esidimeni in large numbers, some without their families being told where they were going to. The department planned to move 54 people, including patients suffering with severe disabilities like psychosis to Takalani Home. Even though www.health-canada-pharmacy.com and some mental health organisations and families litigated against the department against the move, the department denied that the patients needed mental care and the court ruled in its favour.

The negligence came to light when Christine Nxumalo found that her sister, Virginia Machpelah, who had been moved without her knowledge, had died. Nxumalo also discovered that eight others from the same NGO had died. Nxumalo then requested an inquest into her sister’s death, after which Mahlangu reported to Parliament that 36 former patients of Life Esidimeni had died. At the time – September 2016 – the actual death toll at the time was 77. Makgoba found, among other things: that Mahlangu lied, or did not know about, the remaining deaths, 1, 039 patients were sent to the 27 unlicensed NGOs and seven times more patients died in NGOs than in hospitals, even though hospitals received the extremely sick patients.

Health inspectors had asked for criteria used for selecting the NGOs and never received them; criteria were either opaque or didn’t exist. Even Lund says that new licences were granted without inspection and all on the same day. It also seems that a person not authorised to sign the licences signed them.

Makgoba recommended the Gauteng premier and national minister must meet with the families of the deceased to hear their suggestions, and that someone experienced in dispute resolution can speak to all parties and mediate a process for compensation or legal action. He also recommended that the project be de-established and Mahlangu’s suitability for her job should be reconsidered. She had resigned the night before the report was released, and the announcement of her resignation was made after Makgoba’s press briefing.

The Ombudsman’s report states the decision to close the Life Esidimeni facility was unwise and flawed, with inadequate planning and a “chaotic” and “rushed” implementation process, and the contract termination contradicted the National Mental Health Policy Framework and Strategy, being that cost rationale could not be justified over the rights of the patients and state’s constitutional obligation to accessible healthcare.

Mentally ill patients were transferred “rapidly and in large numbers with a short timeframe” from the “structured and non-stop caring environment” of Life Esidimeni into an ‘unstructured, unpredictable, [and] substandard caring environment’ of the NGOs – this was not only negligent and a violation of the rights of the mentally ill patients, but also goes against the principle of preservation of life.

Health Minister Aaron Motsoaledi says he is distressed and very angry. “It goes beyond embarrassment. Something like this should have been avoided.”

Indeed, it could have been avoided. But perhaps it is a case of the mentally ill being seen as either a burden to society or disposable. Despite the Ombudsman’s report stating that there is prima facie evidence showing that a number of department officials and NGOs violated the Constitution and contravened the National Health Act and the Mental Health Care Act, and there being consistent human rights violations, Mahlangu and others involved did not seem to care about the lives lost until they landed in hot water.

Lund says that even with the stigma, with understanding and support, mental health can be treated and managed with the correct assessment, diagnosis, and treatment. But the mentally ill are often “not given a voice, labelled as mad, excluded from society, silenced, and more. Even in high income groups … Sometimes even a mental patient’s physical illness is overlooked as a result. Mentally ill people live an average of 20 years less,” he says, mainly because of inadequate care.

According to Dr Nilesh Patel of Life Esidimeni’s Healthcare Services Operations, the remaining patients are still at the NGOs and the group is still reviewing the report. The Gauteng provincial government spokesperson, Thabo Masebe, says there will be an engagement with the families of the deceased, while provisions are being made to move the surviving patients within the next few weeks.

“The Gauteng premier has accepted the report and accepts that it was negligent. We have evidently not paid sufficient attention to mental illness and with the report, we now have better information to work with,” Masebe says.

But it’s too little, too late. For many people, a diagnosis of mental illness is the start of a long road of suffering, and can lead to extremes such as suicide. In this case, it was severe negligence. Stats SA reports that only 0.04% of deaths in the country are due to mental illness, but 94 people lost their lives in a mess that could have been prevented, or even avoided altogether.

However, until a government can properly care for its most vulnerable, we cannot in good conscience say to the mentally ill that they matter. Government has single handedly set us back decades in progress with mental healthcare, and until those responsible are held accountable and the situation rectified, we can consider our country as having failed its most needy.