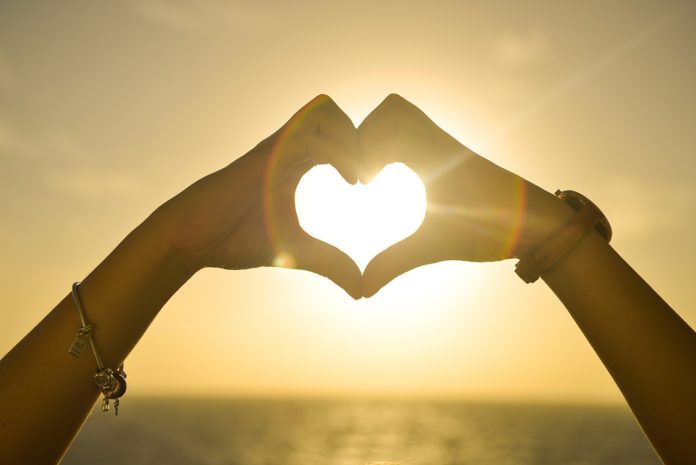 Twenty-first-century dating is a nightmare; trying to find the perfect partner can feel like an extreme sport that will literally end you. Dating apps such as Grindr, Bumble, and Tinder are supposed to make finding a partner easier in the stressful modern world, but they add a deeper layer of complexity that turns unsuspecting lovestruck users into sacrificial lambs when they enter the sea of serial cheaters and broken people who flood the apps. All of this is a giant mess that has been made worse by the COVID-19 pandemic, where going out on a date can be a death sentence.

But even with that said, romantic love is important and revolutionary and a crucial rebellion when done in a way that is genuine and does not cause pain. Considering an interpersonal phenomenon such as love as revolutionary is unusual, but when you consider historical events that politicised love and still have an impact on the ways we live today, one realises that love is one of the most important, relatively accessible acts of rebellion needed to undo some of the injustices of the past.

The beauty of love is that it is more within our reach as individuals, compared to other grander revolutionary actions such as free education and land expropriation, which require mass action from citizens or big policy shifts and action from structures such as the state, judiciary, and even the profit-driven private sector. Love as a revolution does not rely as heavily on the slow bureaucracies of institutions, which are unwilling to adequately address injustices. Love just requires individuals to make an active choice to be together and to care for each other in ways that empower the individual and the collective. But as ‘easy’ as it sounds, many struggle to find it, and even those who have it struggle to enjoy the transformation that should come with the bond that love should create.

I want to argue that this is in part because of the historical politicisation of love, which has not been unlearned even though we enjoy relatively more freedoms today; instead, this politicisation of love has in some ways become ‘cultural norms’ that we blindly and unquestioningly follow, even to our own detriment.

Discourse on love and family tends to not enjoy as much prominence in macro-institutions such as economies or states. But understanding micro-phenomena such as family, love, and relationships is important for knowing how macro-institutions work and to make sense of social life. This is in part because the socialisation we receive from our families has the potential to influence how we interact with macrostructures as active agents who influence and can be influenced by structures.

Even our leaders and the decisions they make are greatly influenced by their family and community socialisation. Discourse on family started to gain dominance in the 1960s through the rise of radical feminism, which popularised slogans such as ‘the personal is political’ as a way of challenging family values, and particularly the nuclear family structure that perpetuated the oppression and at times abuse of women and children in the family, because domestic issues were not considered public concern.

But even with this rise, discourse on love and family is still largely lacking or only confined to psychological and feminist discourse. Feminist scholar and American professor, the late bell hooks, is one scholar who tries to make sense of social life in relation to love, highlighting its importance and the challenges linked to it. In her 2004 book, The Will to Change: Men, Masculinity and Love, hooks says:

She later highlights the reason for the desperation and deprivation of male love. Women and girls are taught to believe that male love and attention are more important than the love of women, while men are taught that love is a weakness. An idea that even very young children are exposed to in fairy tales, where princesses and girls are constantly seeking approval from withholding or absent fathers or need a prince saviour. Men who show genuine love to their mothers, brothers, sisters, friends, or partners risk their masculinity, because part of being ‘truly manly’ is withholding love.

hook’s analysis of love helps us to understand some of the dynamics of how the nuclear family exists, even as it marginalises women. Women are often willing to perform free labour in the home, partly because they are seeking the love they are deprived of. This labour allows their husbands, brothers, and fathers to be productive at work and reaffirms their manliness. The invisible labour performed by women in the home is what allows the workplace to exist unencumbered. In South Africa and much of the African context, this exploitation did not just happen along gender lines, it was racial too.

The building of capitalism on the continent rested on the dismantling of African families and the destruction of black love. Your worth was only based on your usefulness as a servant or slave, and how you could strengthen Western structures, from family to economy or state. African men were torn from their families and sent to work in fields and mines, while black women were isolated from their children in order to raise those of white women. Even sex, an important expression of love and pleasure and a way to build families, was used as a repressive tool. It was used for ‘breeding’ slaves to be sold. Rape was used as punishment to correct defiance. Homosexual and interracial love was unthinkable and illegal because it threatened the heteronormative, Western dominance status quo.

Love is important, because it offers abstract and emotional needs such as companionship, caring, and happiness, which can spill over to other parts of life, making us better individuals. It – love – can also be a lifesaving, poverty-eradicating tool that creates healthier, stronger communities. The cost of living globally is becoming higher and is leading to a shrinking middle class. Having someone to share the load, a home, and resources with, means we can undo some of the challenges that push us into poverty or financial difficulty. You can improve your quality of life and come a step closer to accessing rights and a lifestyle that you might never have been able to achieve alone.

For women and people of colour, love is an even more important revolutionary action, since it was never intended for us to receive because of the fear that it would disrupt the status quo that rested on our oppression. When we play the games we play, when we hurt each other instead of forming meaningful connections, we take ourselves back to the state of love deprivation that hook talks about. This is harmful even to men, especially black men, because to live life fearful of love is to live a life of emptiness that maintains the colonial shackles that were designed for you.