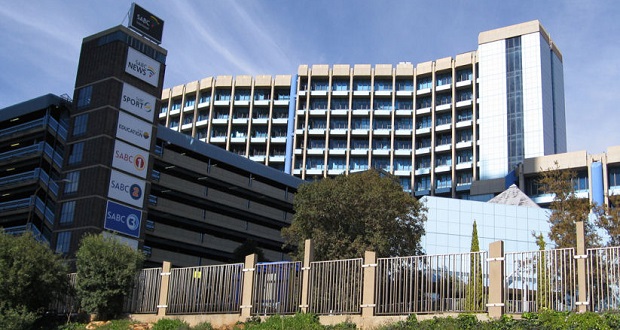 Last week, the ad hoc committeeâ€™s report into the investigation of the SABC boardâ€™s fitness to function was leaked to the media. Whoops. This, however, gave us a look at the many problems that the broadcaster has been facing.

These issues have a negative impact on the running of the SABC as journalists are unable to do their jobs and that the broadcaster cannot function properly. The Daily Vox takes a look at some of the background that led to the boardâ€™s looming dismissal and to the SABCâ€™s current state.

The 38-page draft was leaked ahead of Parliamentâ€™s discussion on the broadcaster, which was due to take place last week Thursday. It states that the board of failed in its duties, calling for it to be replaced and dissolved. It also gave us a look at the many challenges that the public broadcaster has been facing over the years.

Over the past ten years, the SABC has been struggling to maintain its independence from government. According to the report, Minister of Communications, Faith Muthambi, would often interfere in the boardâ€™s business.

In some cases, the Broadcasting Act 4 of 1999 (which gives the president the power to appoint the boardâ€™s chairperson and non-executive members) was put aside in favour of the Companies Act. This was to empower the minister so she could implement disciplinary measures against the board members and be able to participate in the affairs of the board, said witnesses who were interviewed for the report.

The SABC has been mismanaging money for years, as payments were made without contracts, contracts were inadequately managed and procurement processes not followed. According to the report,Â the irregular expenditure incurred by the SABC in 2014 was R990.7 million, while in 2016 the amount was R34.7 million. From 2013 to 2016, the SABC also failed to produce reliable and credible financial statements.

We all know that appointing Hlaudi Motsoeneng as chief operating officer at the SABC was a controversial decision. Even though the public protectorâ€™s reportÂ found that he had lied about having his matric certificate, he was appointed nonetheless.

â€œEvidence presented suggested that the hasty appointment was done in contravention of the SABCâ€™s recruitment policies and procedures. Many witnesses further alluded that to undue pressure having been applied by the Minister of Communications,â€ reads the report on the topic of Motsoeneng.

While some were appointed through irregular means, others were unfairly dismissed. According to the report, this led to a loss of millions of rands which were paid out in settlement agreements after contracts were terminated irregularly.

The #SABC8Â is a group of experienced journalists who were fired after they disagreed with the editorial policy on censorship. They took the SABC to the Constitutional Court in an attempt to order Parliament to hold an inquiry into issues of censorship at the public broadcaster.

The SABC 8 were fired for disagreeing with the editorial policy which said they were no longer allowed to broadcast images of violent protests. This however is not the first incident of editorial interference at the SABC.

Witnesses who were interviewed as part of the report also spoke about an announcement that they would be covering 70% positive news and 30% negative news in 2013. That this policy was an attempt by senior management to undermine quality news in favour of content that would â€œyield positive spin-offs,â€ they said.

The deal between the SABC and Multichoice, a video entertainment and internet company, has been shrouded with controversy since it was first initiated. The three main issues with the deal were: the lack of transparency with how it was processed, the sale of the SABC archives that would lead to the establishment of two new channels, SABC News 24 and SABC Encore, and how accessible these channels would be.

These two channels were also only available on DSTV, making them unavailable to a large part of the population. Basically, the deal was unlawful because the person who signed off on the deal was unauthorised to do so and it went against the broadcasterâ€™s mandate – which was to educate, entertain and inform the public.

This deal actually led the SABC to lose around R2 billion in uncollected licence fees. But this is not the only deal that was made under dubious circumstances.

What does this all mean?

Itâ€™s clear that the way in which the broadcaster has been functioning goes against its own policies. â€œA central tenet of the SABC’s Charter is that it enjoys freedom of expression and journalistic, creative and programming independence,â€ says the editorial policies.

In todayâ€™s SABC, journalists can no longer operate freely and shows like The Editors (a current affairs show, which was cancelled – arguably to prevent critical views towards the ruling party prior to the 2016 local elections) will continue to be cut. Those who will be the most affected are the viewers, who look to the SABC for news and shows that are informative, entertaining and insightful.

You can read the full report here.