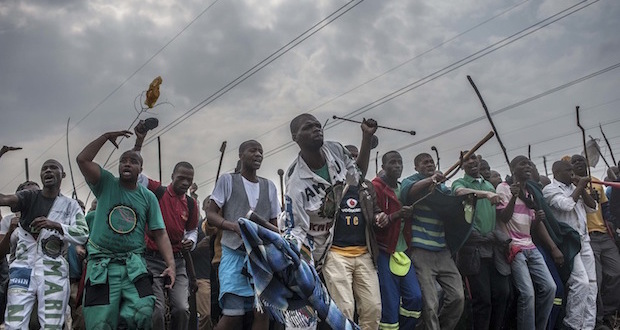 South African thought leader BRAD CIBANE offered up a Twitter analysis of the Marikana report on Thursday evening, breaking down the core underlying issues: politics, economics, and the law. Cibane did his masters thesis on the Marikana massacre, so itâ€™s worth paying attention to his take.

– Featured image:Â Mine workers attending the second anniversary Marikana massacre commemoration sang songs mocking the police and the mining company for their roles in the killing of their colleagues two years ago. By Ihsaan Haffejee.