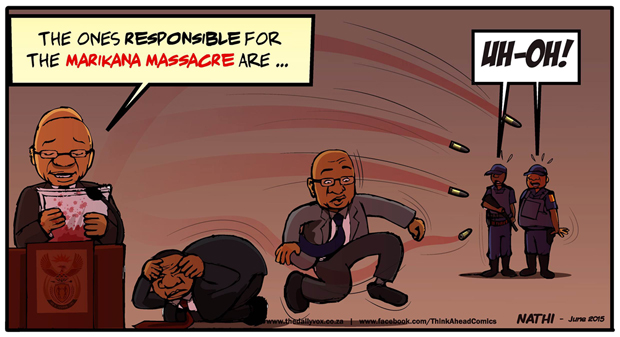 The Marikana report, finally released on Thursday night by President Jacob Zuma, squarely pointed the finger of blame at the South African Police Service, including national police commissioner Riah Phiyega. At the same time, it absolved figures in the executive, including Cyril Ramaphosa (then non-executive director of Lonmin, now deputy president of South Africa)Â and thenÂ police minister Nathi Mthethwa.

AÂ heads-up to the ANCÂ about good management practices: itâ€™s not about playing the blame game and finding scapegoats â€“ part of the responsibility of being at the top is taking the fall for those beneath you.