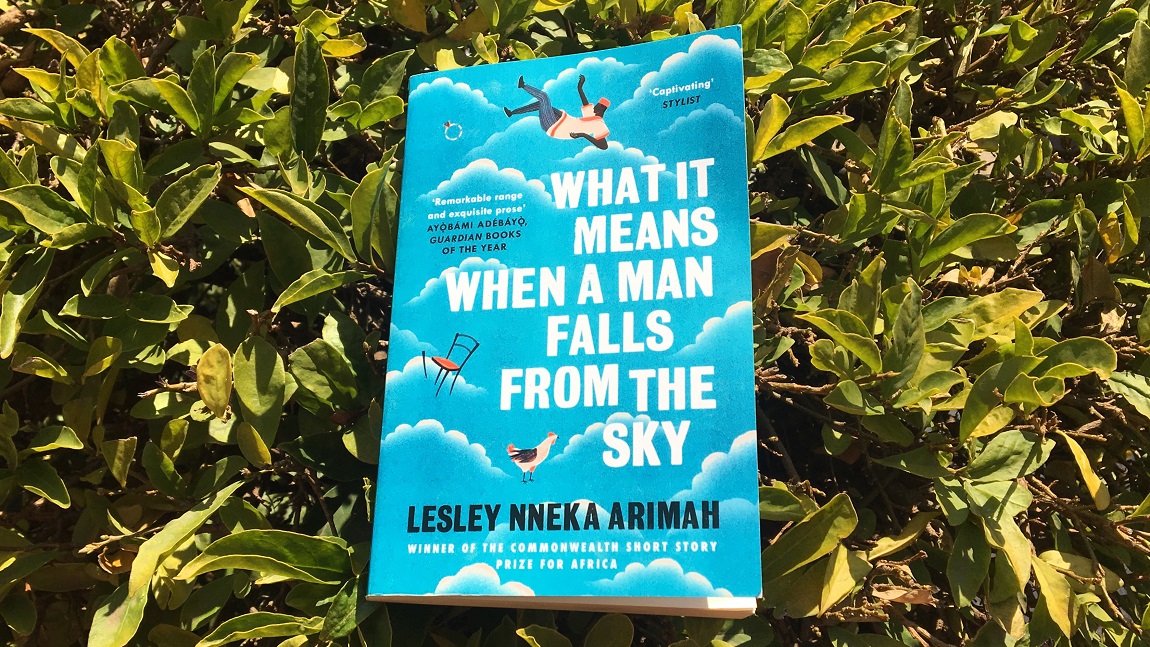 Love, death, magic, reality, immigration and the diaspora, Lesley Nneka Arimah’s book What It Means When A Man Falls From The Sky has it all. Released in 2017, the book is a compilation of short stories, seemingly unconnected but all dealing with similar themes. The Daily Vox team takes a closer look at the book.

Arimah is a writer who won the 2015 Commonwealth Short Story Prize for Africa. She grew up in Nigeria and the United Kingdom. She has been shortlisted twice for the Caine Prize. Arimah has been described as a “new voice with certain staying power”. She has written extensively for The New Yorker and Granta. Her debut novel, What It Means When A Man Falls From the Sky was first published in April 2017. It has won many awards since including the Kirkus Prize for Fiction, the Minnesota Book Award for Fiction and the New York Public Library’s Young Lions Fiction Award.

The book is a beautiful piece of writing that will suck the reader from the first page and will not leave long after the book has been set aside. It is the type of book that can be read in one sitting, yet will cause one to constantly go back to reread it in its entirety or even just bits and pieces. The characters are well-developed, the narratives well written, the places richly describing, making the entire collection a great read. The stories are equally beautiful and heartbreaking in measure, making the reader feel all of the emotions while reading it.

Arimah’s book deals with different women and the situation they find themselves in. It explores the women’s pain, grief, yearnings, and love as they go about their daily lives. Each of these emotions are dealt with in the stories but in a nuanced way that makes their appearances seem so different. She has the unique skill of grounding things in reality but making them seem fantastical at the same time. They will leave you gasping with one breath and word and in tears in the next. Arimah manages to expertly describes human relationships and the people who make them up in all their different idiosyncrasies.

While each story is brilliant in its own way, particular favourites were Light, Who Will Greet You At Home and What Is A Volcano. Light deals with a young girl who is being raised by her father while her mother is the USA. Her father gives her the freedom to be her own person and what happen when she has to move with her mother. A particular haunting line is: “Before she quiets in a country that rewards her brand of boldness, in her black body, with an incredulous fascination that makes her put it away.”

Who Will Greet You At Home is about a childless woman who resorts to magic to get her baby and what the aftereffects of that it. The storytelling in What Is A Volcano is fascinating weaving the tale of a battle between the God Ant and Goddess River and how it affects generations of the world.

Picking up the book will make you think it’s a simple read, but from beginning till it will leave you enthralled.

What It Means When A Man Falls From The Sky is available at all book stores and online.