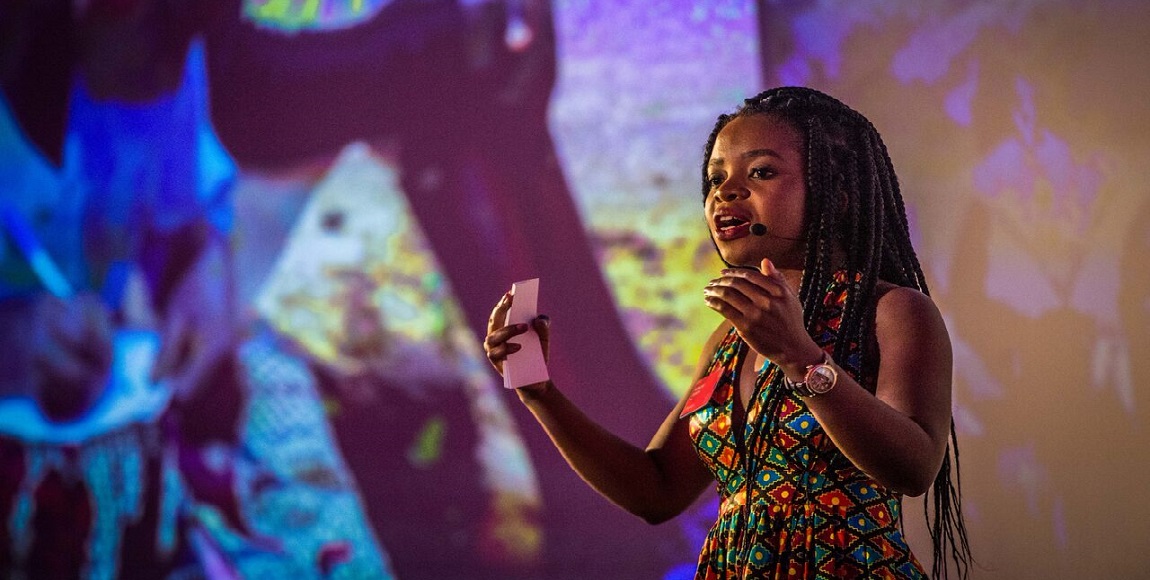 There is fire in the eyes of Memory Banda when she talks about girls rights in her home country of Malawi. The 22-year-old has made great strides in her efforts to champion the girl child. She was part of a national grassroots campaign to ban “child marriage” in her country, joined local organisations talked to girls about their experiences in sexual “initiation camps,” collaborated on a project where girls share their experiences, dreams, and challenges through art, storytelling, and poetry. The project was later adopted into an advocacy campaign and helped bring about the legal ban on child marriage in 2015. But despite the legislative changes, child marriage persists and is only one of the challenges girls face. Banda sat down with The Daily Vox and spoke of some of these challenges.

Most of our challenges are linked to our culture and traditions. Malawi being one of the most poverty-stricken countries also puts girls in a disadvantaged position. Traditionally, I feel like girls are not really valued. When it comes to our education, there’s a limit. We’re raised in a very different way to boys. The boys are raised to aspire to be leaders – or just in positions. At least when they’re growing up they have that basic knowledge that when they grow up they will be a truck driver or something, they will be working. For girls it’s about being married; being supported by a husband.

I find myself interacting with girls who tell me their personal challenges. Mostly it’s about gender-based violence that happens at school and at home. When they go to school they think maybe school will be safe but they are violated by their fellow learners or maybe the teachers, and when they go back home maybe it’s their uncles. It’s still a chain where the girl is not safe anywhere at all. At first I thought maybe it’s just the older people like teachers violating the girls at school, but I learned that even the boys – fellow learners – do little things like touching their breasts without consent. It’s little forms of violence, the girls sometimes don’t even realise their rights are being violated. At some point they say they don’t want to be at school, they don’t feel safe there, and they mostly drop out.

Girl children also don’t have access to sanitary pads. In extreme cases they don’t go to school for the whole week. During that time, girls are not allowed to speak to any man. In our country most of the teachers are men. Imagine if this girl has a question to ask, it means she will go the whole week at school without being able to talk to any man. It means you can’t ask any questions in class. This shows the stigma around menstruation, it’s seen as a curse that girls have to go through.

Another big issue is sexual reproductive health information. In our curriculum, we do not have comprehensive sexual education. This leaves adolescents with less information about their own sexuality. That’s why we have such a high rate of teenage pregnancy, it’s the biggest factor for “child marriages” because traditionally when you’re pregnant you’re immediately taken to the person who impregnated you no matter what the age. You have to marry them. That has been the case for a long time and that is what I’m working on.

I always stress the word child abuse and not child marriage because using the term “child marriage” makes it seem fine. It doesn’t come out strong enough. Maybe calling it “child marriage” for the sake of terminology makes it easier for people to understand but it’s child abuse. With the work that I have been doing with other activists, we’ve reached some sort of awareness where even if a girl is pregnant, she can wait, give birth and then go back to school instead of being married off immediately.

We go to the community and raise awareness. We have the law which was assigned in 2015. But we still see 14-year-olds in marriage. From 2015 to 2018, I thought there would be a huge drop but to my surprise child marriage only dropped by a small percentage. I thought the drop would be more dramatic but I’m still proud because these are a lot of lives that have been saved. That’s when you realise that it’s not very easy to change perceptions, it really takes time. It’s difficult for people to question traditions because it’s a part of you.

The responses to my questioning traditions are really horrible. I remember I was on CNN recently and was shocked to hear the responses from educated people and activists. They were critical of how I spoke of chinamwali – the sexual cleansing or initiation camp that young girls have to attend before marriage. I highlighted the issue of the initiation: it really pisses me off because this is the 21st century and we’re practising the old traditions. People said this is our tradition, you didn’t have to expose us like that. I love traditions, I embrace traditions, but my point is no tradition has to affect someone else.

It’s really hard for me to be talking about these traditional practices. I feel like chinamwali has to be age appropriate, you don’t have to consider a 10 or 12-year-old to go to the initiation camps and learn about sex. If we really have to have these camps, why can’t they take much older girls? Even 18-years-old is too young. When girls go there I feel like they go through a traumatic psychological experience. When they come back from such camps, many girls drop out of school. Some girls who went through the sexual cleansing said when they go there they are taught that they are mature. They are referred to as women. When they come back they feel so grown up because of the things they go through. They feel like they can get married to an older person. Girls attend the camp from when they start menstruation or before even menstruation if you look older. Even some nine-year-olds go to the camp.

I am lucky that my mom is from a northern part of Malawi where this practice doesn’t happen at all. I’ve always been an outspoken person and when I said I didn’t want to go, my mom let me be who I am and supported my decision. My sister wasn’t so lucky. She got pregnant at the age of 11 at the initiation camp. I saw the situation my sister was in, she was not a happy person. After that, our relationship changed. We couldn’t make some silly jokes that we used to. That’s when my passion started to fight for girls.

I believe my generation will raise these girls and women. If we raise mass awareness and collective effort where we talk to our fellow sisters and woman and make a movement where girls realise their potential and become educated, then their children will be educated. Everything moves in a circle: if I am uneducated then my children will not be educated. I feel like we are the generation who can break that circle of poverty, of gender-based violence, who can tell our kids what’s right and raise them as equals.

This interview was edited for brevity and clarity.