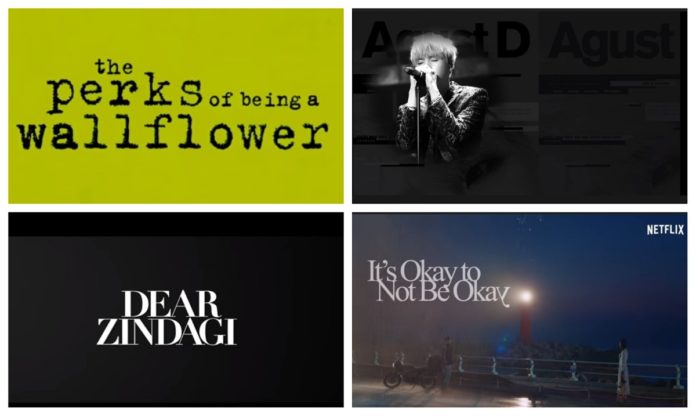 The Perks of Being a Wallflower

Based on a book by Stephen Chbosky, this movie tackles post-traumatic stress disorder (PTSD) and anxiety. The movie manages to accurately portray the symptoms of PTSD. More importantly it represents Charlie, the main character seeking help from a mental health facility in a positive light. It doesn’t show the mental health facility as a scary place. The movie also depicts the importance of a strong support system.

Bollywood has been infamous for its terrible representation of mental health. With this movie, it represents living with a mental illness and seeking medical health in a healthy way. It normalised the idea of seeking therapy and what it actually means to live with depression. It doesn’t resort to cliches and problematic stereotypes.

Girl Against the Universe by Paula Stokes

This book looks at grief, anxiety and post-traumatic stress disorder. It’s an exploration of mental illness including a close examination of its effects and treatment. The main character takes an active role in her treatment and recovery. It doesn’t describe getting over the grief and living “happily ever after” after finding a romantic partner. Instead, it’s about learning to cope and deal with it by oneself or with help from medical professionals.

In this book, the main character has to hide herself to protect the people around. She is hiding a big secret because it could hurt those around her. The main character has to deal with abuse from people she regarded as friends and her family. While the book doesn’t deal with mental health directly, the themes of it remain present and shows what it means to get help.

It’s Okay Not To Be Okay

Set in a mental health hospital, the show tackles mental health and the various types of mental illness. All of the characters in the show are dealing with a lot of trauma. Alone or with the help of others, they learn to understand themselves and deal with their issues. There is no stigmatising of the people in the hospital.

This show looks at how childhood trauma manifests itself when a person is older. The characters all have to find ways to come to terms with what they are struggling with in order to move forward. It’s not about ignoring their issues but rather understanding how to cope with it – even if each person’s way of coping is different. The show depicts how even seemingly functioning people can be going through tough times.

I finally wanna be alive

In his first solo mixtape release, BTS rapper, SUGA raps about his own struggles with mental health. “On the other side of the famous idol rapper

Stands my weak self, it’s a bit dangerous

They keep coming back again from time to time

Hell no perhaps that might be my true self.”

Author’s Note: Please note this list is but no means comprehensive. It is only compiled from the pop culture that the author has actually consumed.