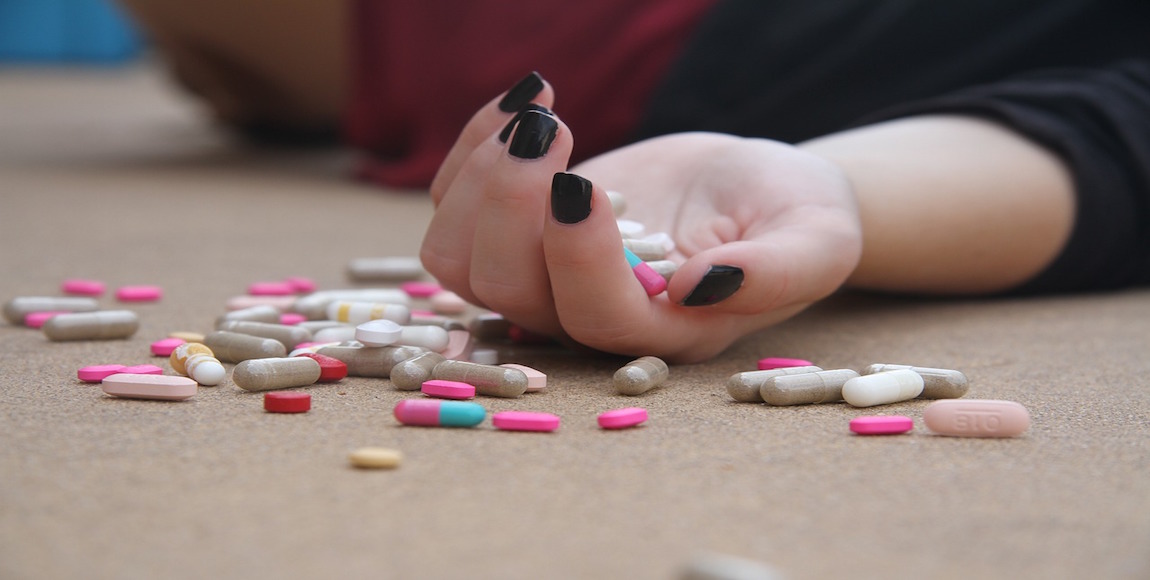 At the end of March, Netflix released the series adaptation of the popular young adult novel Thirteen Reasons Why to much enthusiasm. Even though itâ€™s aimed at teenagers and young adults, many older people have enjoyed watching the show and call it a step in the right direction for representations of mental health. While the show does have some positives, like a cast of diverse races and sexualities and open discussions of mental health and sexual assault, the depictions of many sensitive situations have been dangerous.

Many young adult novels and series romanticise and glorify dangerous parts of being a teenager, such as suicide, eating disorders, heavy drinking and drug-taking. Thereâ€™s a huge culture for young people advocating for very destructive lifestyles, perpetuated by social media sites such as Tumblr which are hotbeds of pro-ana blogs and suicidal young people talking about self-harm as a form of expression. Far from putting kids off these things, these platforms make them more appealing. Criticisms of novels written for teens by older people who donâ€™t understand youth culture today is necessary, even if you really liked the show. Here are a few reasons why Thirteen Reasons Why is actually problematic af, despite all the praise.

Warning: spoilers. But thatâ€™s cool because you shouldnâ€™t actually watch this show.

What is the manic pixie dreamgirl? Think 500 Days of Summer, Eleanor & Park, Looking for Alaska – the beautiful, interesting, quirky girl who brings light and fun to the life of a brooding, boring guy. She turns his world upside, in all the right ways. Then something tragic happens and she disappears from his life. But it doesnâ€™t matter much, his life carries on in a slightly better way because she made him a better person. Cute, right? But itâ€™s also misogynistic. This trope perpetuates the idea that women are only there to provide free emotional labour and help men achieve self-actualisation. The reader never learns what happens to her after she leaves because she was only there as part of the guyâ€™s story. And that brings us to Hannah Baker, who kills herself in Thirteen Reasons Why. Her whole life, her death, her reasons for suicide, are all part of Clay Jensenâ€™s narrative of life. At the end of the series, how much do we really know about Hannah other than the parts that affected Clay?

Suicide as revenge is an incredibly risky move to depict in media. Using Hannahâ€™s suicide as a method to get Liberty High students to think about their actions and guilt them into becoming better people isnâ€™t something that should be promoted to teens, who may see self-harm as a good option to get back at the people who have hurt them. The explicit suicide scene was also dangerous, as repeatedly viewing these scenes can desensitise a person to the actual horrific act of killing oneself. Not to mention teaching kids the correct way to slit their wrists. Placing so much emphasis on her suicide dehumanises Hannah – the viewers only care about her because she killed herself. How many women and girls go through the same shaming and bullying and arenâ€™t given screen time because they survived? Alex also attempts suicide, but that isnâ€™t depicted at all. Throughout the series, Hannah is defined by her death. All we know is some terrible stuff happened to her and she died and made everyone a better person by telling them, posthumously even, how terrible they all were.

I’ve got such mixed opinion on thirteen reasons why as a show? Loved it! But I think it’s a poor representation of mental health and suicide

3. Literally all the rape scenes

Hannah and Jessica both get raped by Bryce, and both scenes are gut-wrenching. Thereâ€™s been controversy of the depiction of rape in film and television with some arguing that an audience shouldnâ€™t be made to witness rape and sexual assault to make it â€˜more realâ€™ and cultivate empathy. Most people can agree that victims and survivors should be believed and understood without having to go into detail about their experiences, especially since the person who seems most pained by Hannah and Jessicaâ€™s rape is Justin, the boy who basically let it happen. The girlsâ€™ trauma is barely dealt with. There are more sensitive ways to create awareness about the sexual trauma that too many teenagers face without voyeurism. Like with suicide scenes, normalising these depictions of sexual assault have the added effect of desensitising viewers.

Anyone else feel physically sick watching thirteen reasons why

4. The characters of colour are all really problematic

Leave Tony and Jeff out of this. The majority of characters of colour, including Jessica, Courtney, Marcus, Sheri and Zach are incredibly selfish, manipulative and deceitful. Itâ€™s one thing to have a diverse cast to create the impression of progressiveness, but representation for its own sake isnâ€™t worth it if theyâ€™re all assholes. Mr Porter, the black school counsellor, is an incompetent and unsympathetic man who, after being told by a girl that sheâ€™s been raped, tells her to get over it. Most of them are one-dimensional and peripheral. Jessica isnâ€™t even a real character, her sole purpose is to play foil to Hannah. The series fleshes Hannah and Tony out well, couldnâ€™t the rest of the characters be made more real too?

Throughout the series, Alex is obviously suicidal. He talks about killing himself, is visibly depressed and ashamed and withdraws himself from everyone. The kid was crying out for help, but no one noticed. Did anyone learn anything about being a better person after all? They ignored Alex, and also ignored Skye, another obviously depressed character. After the abrupt mention that Alex shot himself in the head, he is never mentioned again. This contributes to patriarchal ideals of how men should deal with pain – ignore and internalise it until it becomes unbearable, and then have people act like nothing happened. This isnâ€™t progressive at all. It perpetuates how menâ€™s mental health isnâ€™t taken seriously.

6. The cost of Clay and Hannahâ€™s love story

See also, â€œI didnâ€™t deserve to be with someone like you. I would have ruined you.â€

Clay and Hannahâ€™s almost-love story is seen as one of the reasons she killed herself. Hannah was gradually withdrawing herself from everyone around her – a typical symptom of depression – and she pushed Clay away too. This makes him feel guilty because he feels like he could have saved her if he spent more time with her. He feels guilty for leaving a girlâ€™s room and for stopping sex with her because she asked him to. Maybe if he had stayed, she wouldnâ€™t have killed herself? No, this is not how consent is taught. It isnâ€™t Clayâ€™s fault that Hannah killed herself. A child should not have to save another childâ€™s life. Why didnâ€™t Clay tell Hannah he loved her when she was alive? It doesnâ€™t matter. A boyâ€™s love will not save you from everything bad in the world. We need to stop buying into the notion that soft boys are supposed look after damaged girls. Hannah did not need a boyfriend to stop her from suicide; she needed the people around her to stop being misogynists, her friends to stop being bullies and her parents, teachers and counsellor to stop ignoring her pain.