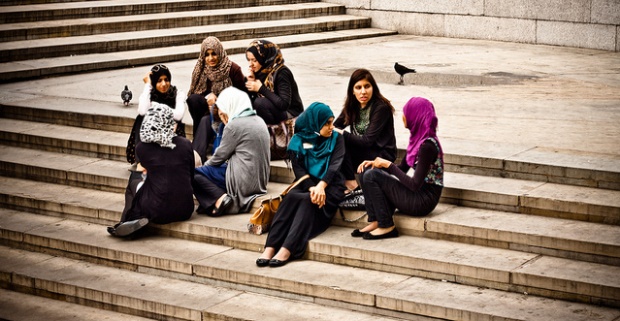 February 1st is commemorated as World Hijab Day. This is an initiative by Bangladeshi-American Nazma Khan. It’s meant to “foster religious tolerance and understanding by inviting women (non-Hijabi Muslims/non-Muslims) to experience the hijab for one day”. AAISHA DADI PATEL, a Muslim woman observing hijab, feels the initiative is deeply flawed.

World Hijab Day proposes that by wearing a headscarf for a day, participants will understand the struggles of a Muslim woman. In other words – it suggests that you reduce faith and the lived experiences of Muslim women to a piece of cloth. It’s a highly convoluted game of dress-up. But it’s also marketed as a way for Western women to show solidarity against Islamophobia, and that too is a mind warp because I’m struggling to understand how the structures of persecution against Muslims can be defeated by headscarves.

I agree that it is well-intended, but the concept of World Hijab Day is seriously flawed, and this is for a few reasons.

Hijab is a huge part of Islam. It’s a complete moral code outlined to guide behaviour and conduct. It’s an all-encompassing concept that applies to both men and to women, rooted in principles of respect, and is clearly ordained as such in the Quran. The word “hijab” is mentioned in the Quran five times and not once is it used in the context of women’s clothing. To assume a faith can be fully encompassed by the wearing of a headscarf is deeply reductive thinking. Semantics matter – and that’s why it’s so important to differentiate between “hijab” and “headscarf.”

What an initiative like this does, then, is limit Muslim women’s identity to headscarves only – a preoccupation of Western media as it is.

In a move to be inclusive, Hijab Day founder Khan says that she also invites “non-Hijabi Muslim women” to be a part of the initiative. This is a problem for two reasons. It inadvertently alienates Muslim women who don’t cover their hair, making it appear as though there is only one way to be a Muslim woman.

Further, the very concept of the “hijabi” is in itself problematic. The characterisation of the “hijabi” has become somewhat of a brand – it is a stylish, skinny, wrapped-up Muslim woman on Instagram.

What the label “hijabi” does is dilute the discourse to assume that hijab means simply women’s dressing, and that to be a woman wearing a scarf – irrespective of how else you dress or act – means to fully observe the entirety of the concept of hijab. It also immediately creates a binary of “good Muslim bad Muslim” – the dealbreaker being whether you’re physically observing hijab by wearing a scarf on your head.

By referring to the headscarf only as hijab, you absolve men of their duty observe hijab as well. We assume that men are inherently respectful, so instead of teaching boys to respect women, we teach girls that hijab is only for them. We do this by reducing it to the physical, and send our girls the message that they have to cover to detract from being sexualised, so that they do not attract male attention. This is in line with Western feminist thinking, which amplifies the message that Muslim women are inherently oppressed. If that’s the reason you’re observing hijab, you are oppressed – by your own thinking – and by a community’s internalised misogyny. To observe hijab physically – by dressing modestly, and covering the hair, in women’s case – is to perform an act of worship, exercising the agency to choose to be visibly Muslim.

The biggest issue with World Hijab Day lies in the fact that it is dependent on non-Muslim women and Muslim women who don’t wear a headscarf to validate the struggles that come with being a public observer of a religion that, in some contexts, is not well-accepted and characterised by fear. By virtue of a piece of cloth on their heads, women are not the only ones who need to be shouldering the responsibility of representation of a religion. A lot of the time, though, this is the case, and there are many cases where Muslim women have been victimised for it.

Those who persevere despite this are heroes in their own right, including Khan herself, who writes on her website that after experiencing instances of Islamophobia, she “figured the only way to end discrimination is if we ask our fellow sisters to experience hijab themselves.” And this is where the problem lies – instead of building solidarity within Muslim communities and understanding multiple systems of violence, we are seeking the approval of and protection from white people. It is a proposed fix to a symptom, and does little to treat the cause.

Further, non-headscarf wearing women don’t need to “experience” your struggle to validate it – because the reality is, they’ll never know the full extent of it.

As the American activist Darakshan Raja says, Muslim women’s liberation is intersectional. “It isn’t rooted in competing between our struggles and arguing for instituting an hierarchy of oppression. We must reject the structures of violence that are responsible for reducing our struggles as Muslim women to narrow definitions of the veil.”

It is an act of violence and erasure to allow Muslim women’s narratives to be controlled by non-Muslim women, even if they do identify themselves as allies to Muslim women’s struggles. It allows white people to feel good about themselves and feel cool, instead of engaging in a meaningful and impactful act of solidarity. It is the same thing as wearing blackface to experience the racism that black people face.

You don’t address a problem by dressing up. If you are an ally to a struggle, figure out a way to use your privilege to advocate for that struggle instead of making a mockery of it. Speak out against the violent actions that Muslim societies face at the hands of Western governments, or the ways in which conversations around Muslim women remain centred around their headscarves only. Advance the struggle, instead of being complicit in oppression.