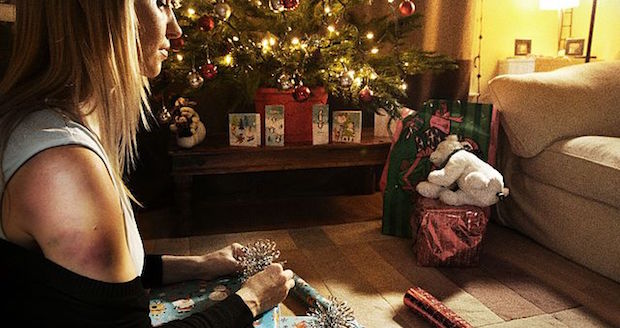 Domestic violence is prevalent in South Africa with 1 in 8 women reporting abuse at the hands of their partner. In some provinces, like Limpopo, Mpumalanga and the Eastern Cape, the prevalence is closer to 1 in 4. So what do you do if you suspect that someone you know may be in an abusive relationship? LIZEKA MADUNA explains.

Be a friend and supporter
People who are abused often donâ€™t open up because they feel they wonâ€™t be understood – and often they are not understood. The most important thing you canÂ do is simply try to be a friend who they feel safe talking to. Trying to intervene or talk to them about the abuse could cause them to withdraw. Rather, start by asking them how you could be a good friend to them and what kind of support they need.

It’s important not to be judgemental. There are many reasons why people choose to stay in abusive relationships including lack of confidence and financial dependence on their abusive partner. Don’t pressure your friend to discuss or reveal information they’re not comfortable revealing. Instead of telling them what to do or what you think is good for them, focus on finding ways to talk to them without raising the subject directly or gently encourageÂ themÂ to seek professional help.

Break the cycle of violence
When violence occurs nearbyÂ andÂ behind closed doors, you could try knocking on theÂ door and making up a story about why you’re there, for example by pretending there’s something you need help with. Making the perpetrator or the victim come to the door wouldÂ at least stop the abuse for the moment. The perpetrator will also notice that other people in the area are aware of what they are doing, and perhaps rethink their actions. Outside of stopping abuse in the moment, it is also important to call the police and report that someone is being assaulted – the person might be in danger, especially if there is a weapon involved.

Should you witness violence on the street, do not confront the perpetrator – you donâ€™t know what kind of a person they areÂ orÂ what they might do to you. You can help by standing by and waiting for the perpetrator to walk away. (They are more likely to back off if they notice people around.) Once the perpetrator has left, approach the person and ask them if they are okay or if they need anything.

Build a relationship and offer support
You can try to develop a relationship with the victim so that they feel supported and so that they know there is someone they can turn to for advice and support.Â Inviting the abused person to coffee or a meal could provide a safe environmentÂ for you to raise your concerns about the abuse and also to reassure them that you have their best interests at heart. Once they feel safe talking to you, you could gently suggest professional help or refer them to an organisation that assists people who are being abused.

If the person denies that there is any abuse going on, you could point out examples or incidents of the abuse that you’re aware of to illustrate the fact that it is happening. Speaking about the impact the abuse is having on their health, work, children and general wellbeing is an important way to help them realise that the abuseÂ has to stop. At the same time, you should try to force or pressuriseÂ someone into getting help if they are not ready.

Help break the silence
If the person isÂ willing to report the abuse, theyÂ can get assistance from the local police station, the domestic violence section at magistrate’s courts or non- governmental organisations and help desks that specialise in protecting victims of abuse. Usually, the person would needÂ to their local magistrate’s court toÂ get either a protection order or anti-harassment order which will be served on the perpetrator to legally prevent furtherÂ abuse.

When it comes to children, always intervene
If you suspect that a child is being abused you should always intervene, but it is important to apply the same principle of first developing a relationship with the child so that you don’t scare them off. Reaching out to the child and showing them that you are there to help could encourage them to talk about their situation. Assure them that you wonâ€™t do anything extreme, such as getting their parents arrested.

In cases where a child is being beaten or abused, adults are under aÂ moral obligation to intervene and stop the perpetrator from continuing the abuse. There are severalÂ organisations that you could approach to report the situation, such as ChildLine. IfÂ the perpetrator has a gun or weapon, it would be prudent to call the closest police station to report the incident.

With thanks to Professor Anthony Collins and Dr Lubna Nadvi from the Advice Desk for Abused Women: Westville Campus, University of KwaZulu-Natal. Telephone number: +27(0)31 262 5231Â