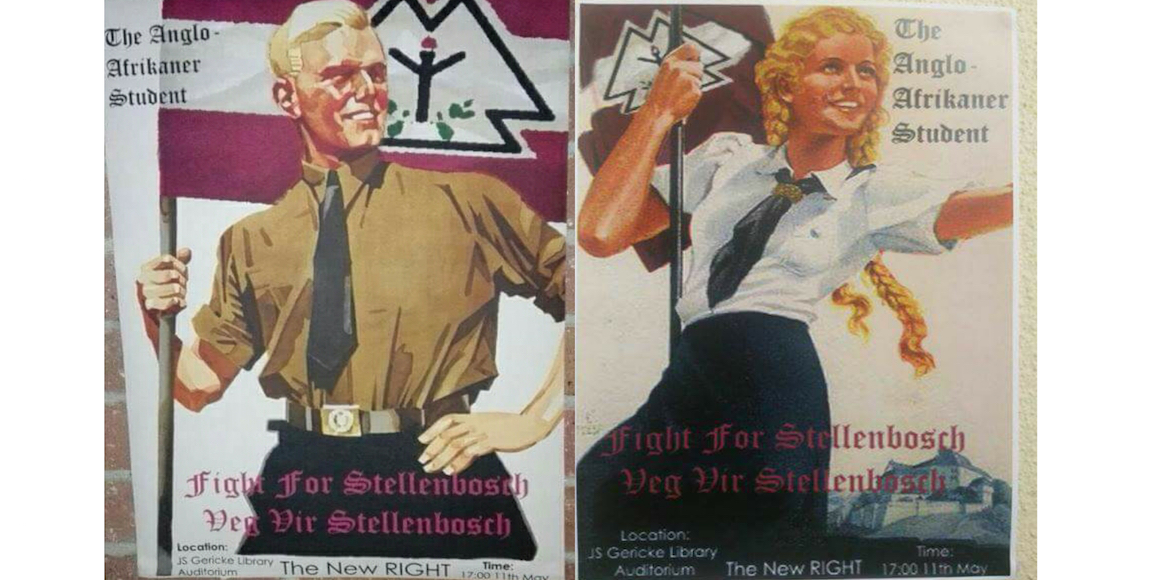 On Tuesday, social media was in an uproar as images of slightly edited Nazi propaganda posters were circulated online. The posters have been put up around Stellenbosch University purportedly by a group called â€œThe New Rightâ€, and state that a meeting will be held on the 11th of May to “Fight for Stellenbosch”

STELLENBOSCH IS A FUCKING TRIP pic.twitter.com/jTrS3wNbxC

The edited images are sourced from the League of German Girls, the female section of the Hitler Youth and Nazi progapanda media. These posters are historically associated with white supremacy, anti-Semitism and white nationalism.

Stellenbosch Universityâ€™s media liaison Martin Viljoen told the Daily Vox that the university was aware of the posters on campus and confirmed that there was an enquiry into booking the Gericke Library at that time mentioned on the posters, but that booking was not confirmed. Viljoen said that the university was currently investigating the matter, but was not currently aware of any group calling itself â€œthe New Rightâ€.

Liana Maheso, member of the Stellenbosch SRC, said they were currently meeting with the library management to investigate the matter – particularly on whether a meeting was confirmed for Thursday – to confirm the legitimacy of the event advertised.

There is uncertainty over whether â€œthe New Rightâ€ is an actual group, or whether the posters play into a growing trend of trolling to manufacture outrage and instigate racial tensions. The university is no stranger to racial divisions, which were highlighted by the Open Stellenbosch movement, which called on management to foster inclusivity between students in 2015. Not to mention the time students proudly wore blackface and flaunted it on social media in 2014.

I sincerely hope that this whole Stellenbosch nazi thing is all of us being trolled, but a part of me knows that it’s most probably true.