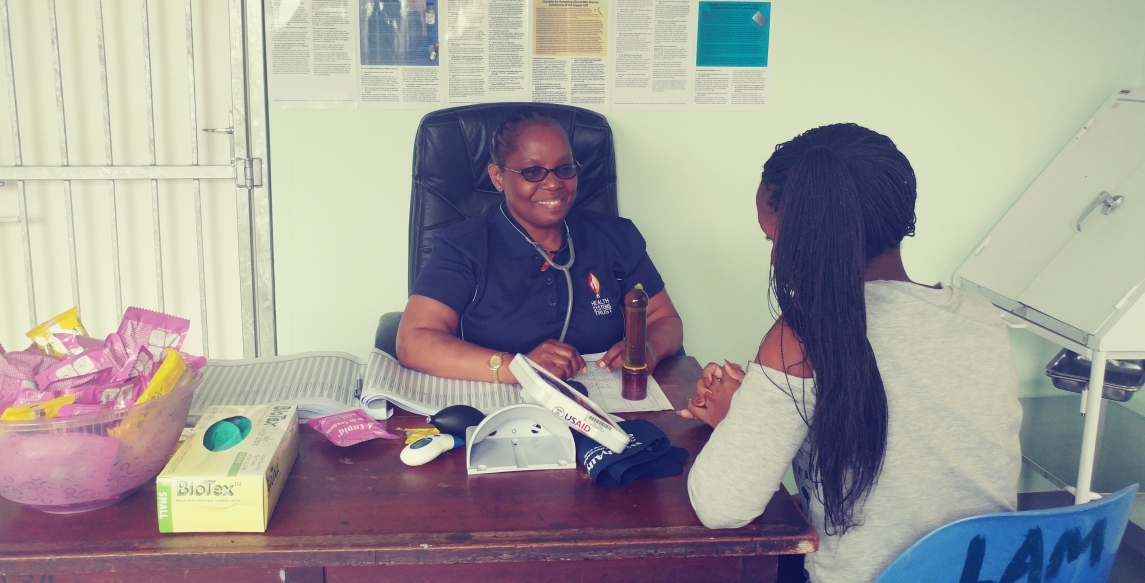 For many young people the experience of going to a clinic to access services such as HIV testing and treatment can be very daunting.

In South Africa, studies show nearly a third of new HIV infections are in adolescent girls and young women (aged 15-24), who are becoming infected at eight times the rate of their male peers.

So why are the youth not accessing services to protect themselves against pregnancy, STIs and HIV?

â€In most cases young people don’t feel comfortable to share the same space as their elders and some even leave the clinic without being assisted,â€ says Nompumelelo Mtshali, a nurse clinician working for Health Systems Trust at Lamontville Clinic in Durban.

â€œWe frequently have cases of teenage pregnancy, STIs and HIV infections but girls are shy to visit the health care facility because they fear of queuing with their parents or elderly neighbours, which can prevent them from opening up about their issues to the healthcare staff,â€ she said. The opening of Adolescent and Youth Friendly Services (AYFS) in Lamontville, Durban South on Thursday is a partnership between eThekwini Department of Health and Health Systems Trust, aimed at promoting a friendly and welcoming environment for youngsters of the community. It comprises a special building separate from the rest of the clinic, where any young person who comes to the clinic – even if they have a complaint like flu â€“ can be treated in an atmosphere more conducive to open engagement with staff.

Zinhle Zulu*, a 20-year-old student, believes pressure from male partners is a key factor in the prevalence of epidemic among adolescent girls and young women. She says that many girls have unprotected sex due to their insecure partners, placing them at a greater risk of contracting diseases.

â€œMost men do not like using condoms and if a girl wants to use it, they start having trust issues. They would accuse them of being unfaithful and that would cause tensions between them,â€ she said.

Zulu also says socioeconomic factors play a big part in driving the HIV/Aids pandemic. She says that many women are driven into transactional sex by poverty and lack of financial security.

â€œUnemployment also plays a role in how most girls find themselves sleeping with different men. They also want to own nice clothes, expensive phones and weaves, that’s why sometimes they would get involved with older men in exchange for money,â€ she said.

Despite great strides being made in educating people about HIV/Aids, the stigma associated with it prevails. Innocent* a 20-year-old male student believes that most people don’t want to get tested for HIV out of fear of being isolated and judged by their communities.

â€œPeople are still afraid of getting tested because of how they are treated in the community. But they also fear because they know their own ways, and if they havenâ€™t been using protection, they detest the idea of getting tested,â€ he says.

Mzi Mthembu, the nursing services manager at the Lamontville Clinic, says that the facility wanted to create an environment that would allow for adolescent and youth uptake of provided services.

â€œWe saw that young people are not eager to come to the clinic so we decided to accommodate them with their own space because when mixing them with other patients, it’s often difficult for them to vent,â€ he said.

He also points out that the main objective of this project is to deal with alarmingly high rates of teenage pregnancy and sexually transmitted infections and HIV infections among adolescents and young people.

The service, which will be will be targeting young men and women will operate from 7:30am until 4pm every day.