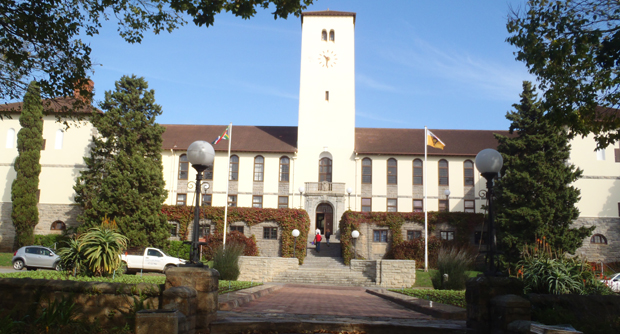 Rhodes University and its Student Representative Council (SRC) have refuted claims floating around on social media that 30 of its students have attempted suicide since the death of Khensani Maseko.

Third year law student Khensani Maseko died of suicide on August 3 at her home in Johannesburg. Maseko was allegedly raped by her then-boyfriend in May and battled depression. She was laid to rest on Thursday.

Since then, social media has been awash with tributes to Maseko and anger at the institution for failing to deal with the rape scourge on campus.

There were also tweets to suggest that 30 students were admitted to hospital because they attempted suicide at Rhodes University after Masekoâ€™s death.

30 students were admitted because they attempted to commit suicide at Rhodes after the murder of #KhensaniMaseko but no media house has reported that! Rhodes has a database of rapists, they only take action when someone dies. Rhodes is a rapist haven! #womxnVSpolice #RhodesWar

I am told Rhodes has about 30 students admitted. They tried to commit suicide as they were triggered by recent events. I bet the story won’t make headlines ðŸ’”ðŸ’”

Rhodes University spokesperson Veliswa Mhlope confirmed in an interview with The Daily Vox that these claims are untrue.

Mhlope said the university is unable to corroborate the claims. “Settlers Hospital has no record of 30 Rhodes students having been admitted as a result of attempted suicide. The University also has no record of such information,” she said.

The university has since requested an inquest into Maseko’s death with the South African Police Service and National Prosecuting Authority. It has also suspended the alleged perpetrator.

Settlers Hospital said to The Daily Vox that it is not in a position to confirm or refute the claims as it adheres to patient confidentiality and privacy of personal information by law.

Rhodes SRC President Nhlakanipho Mahlangu also said the SRC had not received any information from any students or the Division of Student Affairs regarding this.

After the death of Maseko, Mahlangu said there is still a sense of “brokenness” at Rhodes and “I and a sense from students that there needs to be action. “It’s important that students get what they were promised during last weeks shutdown,” she said.