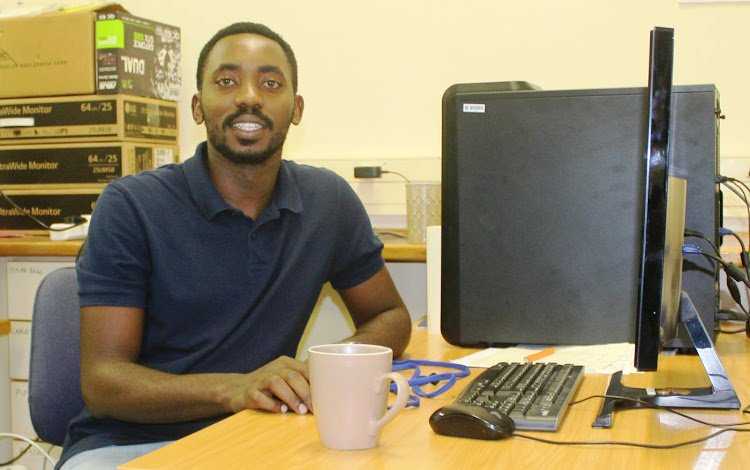 Cebo Ngwetsheni, a nuclear physicist and part time lecturer from the University of Western Cape, is the first author of a groundbreaking paper on nuclear polarisation, to be published in the world leading scientific journal ‘Letters’. Ngwetsheni spoke to The Daily Vox about his journey on the research field and his astounding achievement.

I am currently pursuing a doctorate at the University of the Western Cape. I was born and raised in Queenstown, and matriculated at Kwa-Komani Comprehensive School, where I was amongst the top achievers in that class. I am passionate about science also with a huge interest in the agricultural sector, in fact I am already partaking in the industry of livestockbreeding.

Growing up in Queenstown was pretty beneficial concerning my current endeavours, it prepared me well, thanks to my family and teachers for the guidance. Having both urban and village life experiences contributed to my personality mostly. My foundation was set there.

During high school life, I didn’t even know that research as a career existed, not to mention nuclear physics. When people would mention nuclear, I would immediately think of notorious nuclear bombs.

Nuclear Physics is a field of physics that involves investigation of the building blocks and interactions of atomic nuclei. It includes studies of nuclear components such as protons and neutrons.

During my undergraduate years, I developed a passion and understanding of this kind of science, that was back in 2015. I understood it better than any other physics fields, although it was challenging at first. It had and  still has wonderful applications particularly in health sciences.

In my entire years of existence I haven’t come across any black young  students or learners aspiring to be a nuclear physicist. The field is a predominantly white one,  which is expected considering the history of our country. It’s not popular among black youngsters except for the lucky few that have been part of outreach campaigns by universities and research institutions like iThemba Labs.

IThemba Labs is a national research facility based in Cape Town specialising in the applied and pure sub-atomic sciences and associated technologies worldwide.

During my undergraduate program I didn’t encounter many challenges because I was fortunate enough to get funding. Nonetheless, there were challenges academically, Mathematics  became advanced each day.

Having been published in the world leading scientific journal feels great, although I surprised myself with this one. It is one of the best highlights on the field, and my heartfelt gratitude goes to my supervisor Prof Nico Orce. With this enormous achievement I can proudly call myself a physicist.