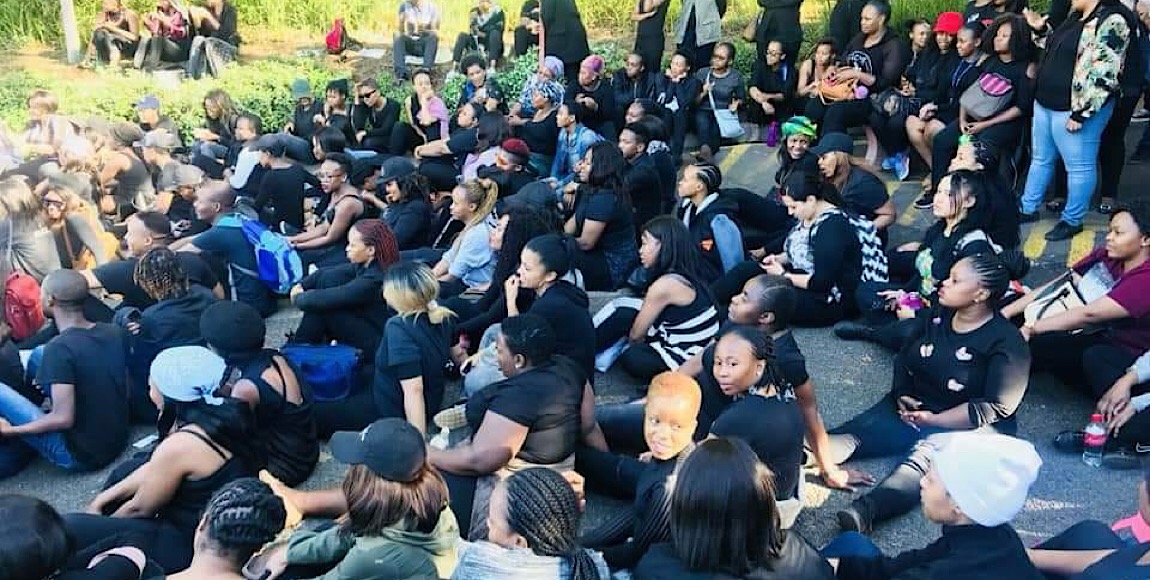 Third-year students at the Ann Latsky Nursing school in Johannesburg protested on October 11 after raising concerns since the start of the year about mismanagement and the level of examinations they have to write. But their demands have been met with no response.

The protest at the institution is the result of student dissatisfaction with the level of teaching assessments they have been getting this year. Lerato Madumo-Gova from the Young Nurses Indaba Trade Union (YNITU) told The Daily Vox, “their complaints have been falling on deaf ears even though they have written several memorandums and letters – nothing has been done.”

“We are protesting against management that has failed us which includes the principal, deputy principal, HOD and theory lecturers,” a third-year student told The Daily Vox.

Students are demanding that students who wrote the October 11 exam be given a 50%, as according to the student guide if an exam book is lost, the student should be granted 50%, and that management must be removed. “The exam had illegal stamps and were not sent for moderation. The exam was set on things that students weren’t taught,” said the student.

Students began protesting on October 11 and resumed on October 15. Gova says that despite concerns being raised from the beginning of 2018, the management only responded because students protested. “The quality of nursing education at the college is not taken seriously – and students have said they don’t understand what is being taught to them as it is not in line with the curriculum,” said Gova.

The student claims that students from different levels have been failing the modules of one lecturer at the college, who was fired from a previous position under “allegations of discrimination against students”. She claims further that when the issue is raised with management, they are told that the lecturer is qualified for the job.

Acting Nursing Directorate Patience Ntamane and the deputy director-general Lenyatso Medupe Modisane from the Gauteng Department of Health met with students on October 15 and 16 at the college, promising to get back to students by October 19. The student says: “They did the same thing on Monday where they listened to our problems but didn’t addressed any of the issues.”

Lesemang Matuka, communications director from the department told The Daily Vox that the department are aware of the issues raised by the students and are in the process of investigating all the issues. “The steps going forward will be determined by the outcome of the investigation,” said Matuka.

Earlier this year, the Johannesburg nursing colleges were in the news when bursaries for first-year students from the department were cut, despite the nurse shortage in the public health system. This issue was eventually resolved.

The college has been contacted for comment, and the story will be updated once it has been received.