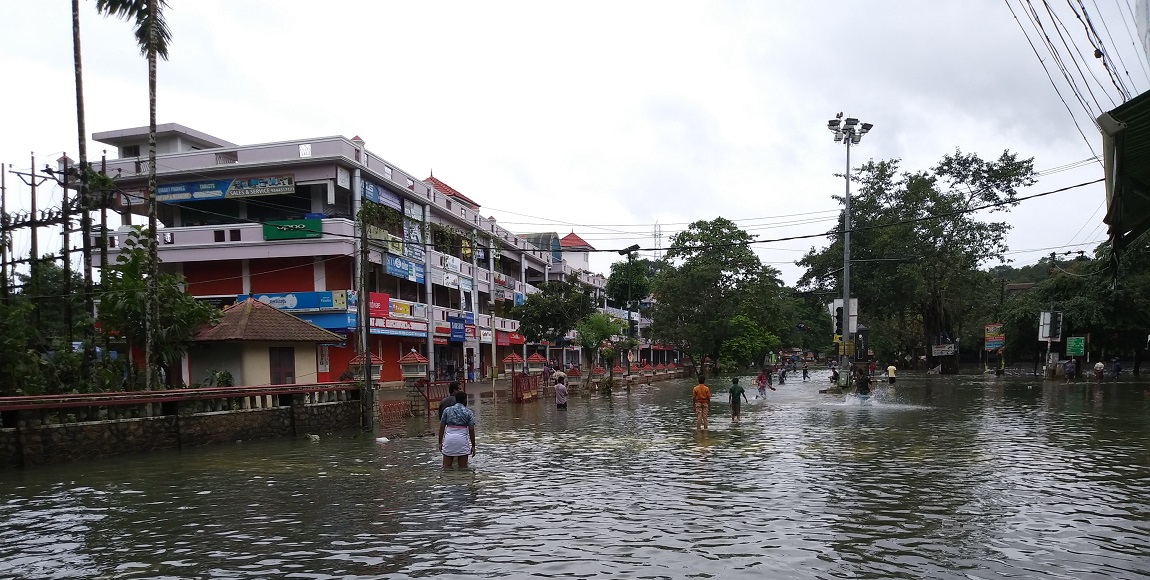 They were the heaviest rains the city had seen in nearly a century. More than 5.4 million people from the Indian state of Kerala were affected by the floods, and 419 people lost their lives to them. But the death toll and damage would have been much higher, if it wasn’t for the collective efforts of the socialist Kerala government, civil society and the people.

This is according to the Tricontinental Institute for Social Research, an international institution which stimulates debate around issues affecting people around the world. Through their monthly Dossier, the institution produces a brief on a current event that they believe requires greater elaboration, with their October edition focussing on the deadly August 2018 Kerala floods.

The unusually heavy rains caused flooding, and coupled with the high population density of Kerala, increased the seriousness of the problem. Rescue operations by the state government, led by Chief Minister Pinarayi Vijayan of the Communist Party of India, were hailed as one of the best operations in the history of India.

Battling the floods, the Kerala government and socialist organisations – student and youth organisations, trade unions and peasant unions – mobilised members and supporters to organise relief missions. The coordination of these efforts were extraordinary, from creating and updating online databases to find missing people, to fishermen trawling the seas to physically rescue people.

Around 4 00 000 women of Kudumbashree self-mobilised across Kerla to do [post-flood] relief work, including collecting, packing and distributing relief material, cleaning up public spaces and private homes, and counselling affected familieiesÂ  and putting them in touch with concerned authorities,” [Extract from Dossier]

While the rescue missions were a thing of wonder, it was only one part of the larger process of flood recovery. After the rescue missions had been completed, there was a need to collect relief and rehabilitate people. Overcoming all of that, the state government managed to complete their recuse mobilisation efforts.

The ruling central Bharatiya Janata Party (BJP) government and its parent organisation, the Rashtriya Swayamsevak Sangh (RSS), threatened to scupple the efforts from the mass organisations. The BJP sent fewer armed forces and equipment than had been promised, and was reluctant to allocate funds for relief and rebuilding.

Kerala’s example suggests the kind of world we would like to live in – a world that places the needs of people before profit, of sustainable development before corporate profiteering of a people-centered agenda before disaster capitalism. [Extract from Dossier]

In the wake of the floods, serious conversations have been taking place in Kerala. The worsening effects of climate change, along with the unscientific constructions on floodplains means that the damage has been worse from previous years. Being aware of the problem means that the government in Kerala are working on solutions to better prepare for future floods.

According to the Tricontinental Dossier, the Kerala flood reaction showed what happens when there is a people-centered agenda before disaster capitalism.